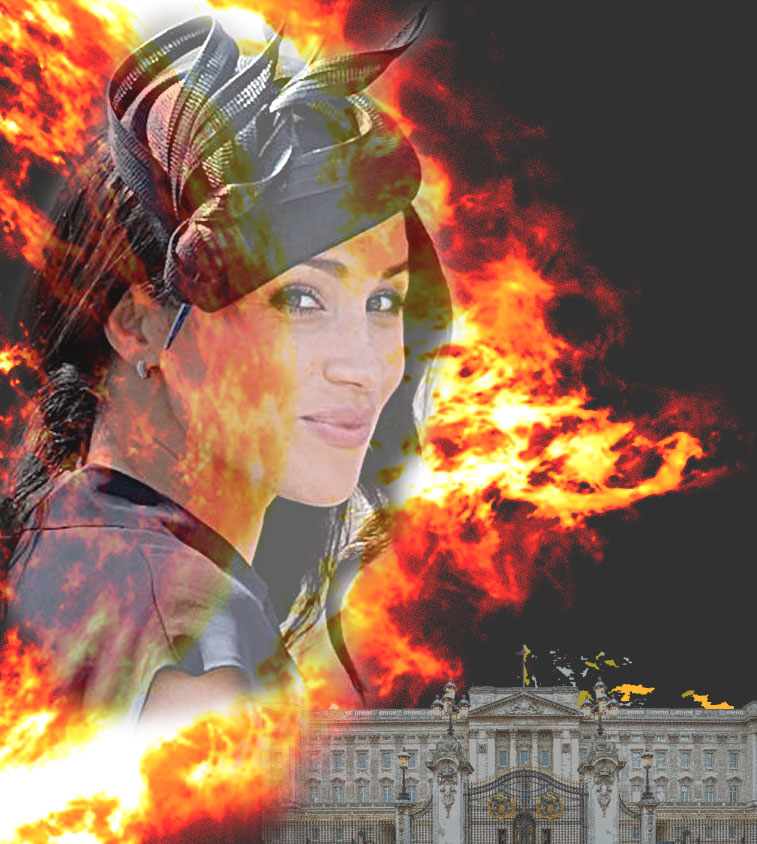 A solar storm threatens us, as does Megan Markle. But this time,
Her dull sparkle reveals the rust beyond the smeared shine
She holds dear. She must have been away from the light for too long
As she renegotiates the Queen’s orbit, banking it would appear
On her illness as a way to disrupt atmosphere.
Here, then is a complex so plain it is almost comedic; and yet
Her desperate  need for attention is required somehow to be clear
On the insignificance of this girl pulling at strings long since loosened,
While Science says that the planet is mere degrees from attack,
Its a film. And an old B-Movie at that, which is what Hollywood
Is becoming; with more funds than disease research, for distraction
And the often wasted flames in fame’s kiln.  You could house the homeless
I would guess everywhere for the cost of a Superheroes’ sad franchise.
You could start to populate the next planet for the price of the sacrifices
Displayed. or put preparations in place to defeat the wretched asteroids
Headed for us, be they spacerock, or detritus, or a troubled girl
Clinging to the sides of repute royalty made. And yet, she represents
This wrecked age, and is a kind of Trump, close to madness,
Or no doubt, she’s like Bore-is who has apparently trolled Billy Bragg;
Laughing at our malaise while buffeted by her ego, which truly believes
What it offers has to the value to earn its own flag. We are in the tightest,
And yet somehow loosest of spots, and as potentially compromised
As the cosmos, speared as it is by stone pilots, or astral terrorists,
Who seem to choose planets at will, or possibly whim. That’s alarming.
As if chance and chaos were as deft and deadlyas any other twist,
Or illusory flick of the wrist. The Universe flicks, or washes us off.
As Europe will do with Grating Britain, and as we must with the maggots
Rehearsing their part in the corpse.  So now we are all watching space,
Either for signs or for the news to come when the spearhead is herself
Threatened as the sanctified sword falls and warps.
For death makes all night, despite whatever kind of light
Hides behind it. And when and if the Queen leaves us,
The constitution long bound dissipates. It starts to crumble
And fold, as the sun and sky spark and rumble and all of those
Who seek shelter will ask for kindness and calm all too late.
The solar system feels wrent and the sun has sent its own warning.
If only we could direct its whim towards people who each deserve
The worst fate, such as the current PM, this strange girl and those
Who remain in so called power, uncaring. If we could only have
A select Armageddon, while the children are safely in school,
Doom could wait.
David Erdos October 30th 2021
.
Tweet

View all posts by David →
This entry was posted on 6 November, 2021 in homepage. Bookmark the permalink.