“This is for Syria” 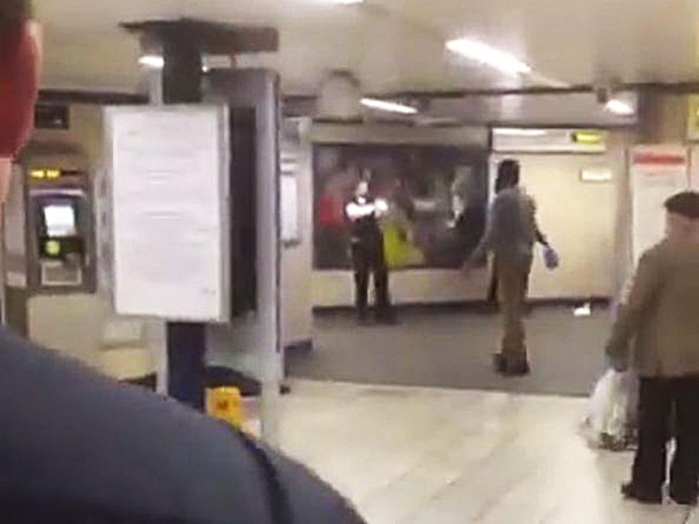 After the Cameron-Benn vote for war without end,
In the ticket hall at Leytonstone station,
A knife is drawn by a man shouting, ‘This is for Syria’
And lashing out at random, causing a commotion.

“This is for Syria,” he shouts as he stabs
Seizing on innocent passengers.
One falls to the ground screaming in pain
He then goes for two more travelers.

One of them bravely tries to interpose himself
Between the knifeman and his victim,
Only to receive a dangerous slash in the neck.
No one else then tries to intervene.

Instead the commuters make their escape
Save for one who films the drama
With a jerky mobile phone held at an angle
He captures the whole panorama.

“This is for Syria.” The knifeman scans the hall
For any other victims he might have
Until a challenging voice stops him in his tracks
Proclaiming, “You ain’t no Moslem, bruv.”

The police arrive. He’s tasered and overcome
Then flung into a local police cell.
As the wounded are carried out upon on stretchers
Brimstone missiles fire up a fresh hell.

The bombing raids have been ordered by Parliament.
Both Cameron and Benn have been instrumental
In pleading for the bombs’ use in a delusional “just war”
While the knifeman’s dismissed as being “mental.”

Both Cameron and Benn voted for the Iraq war –
War can give small men a sense of importance –
A million died for the sake of creating a failed state
That still bears a justified sense of grievance.

Like pack animals, Cameron and Benn join forces
To give their approval to multiple raids –
Raids that so far have led to 733 civilian dead.
Each leaving a memory someone’ll see never fades.

By coincidence however their vote was beneficial
To arms manufacturers whose profits rise.
Warmongers insist on their humanitarian motives
Yet somehow humans die, thanks to their lies.

Every session of Parliament begins with a Christian prayer
Even those where war’s voted for, rather than love.
It would have been good if a voice in the Chamber had shouted,
“You ain’t no Christians, Bruv.”

One Response to “This is for Syria”