This is my Christmas card 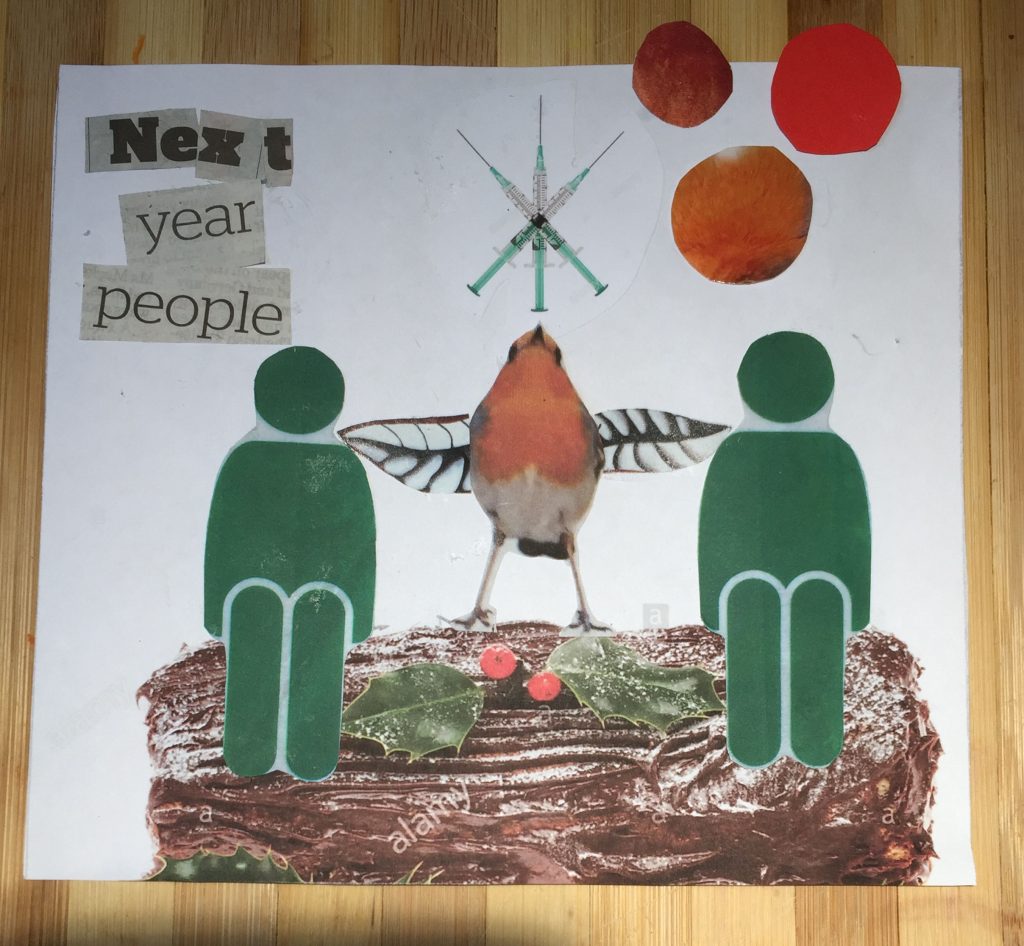 This is my Christmas card.  An art magazine might write thus: ‘Woolf’s multi-media collage references classic Western midwinter imagery, with the contemporary and oh so topical stylised human figures photographed on her local pavement in Cricklewood.  Placed apart on a Yule Log of yore,  (a chocolate confection) they signify apartness, and the slight, touching lean of the figure on the left shows the emotional need for humans to be together from Solstice to New Year.  A devilish robin (or is she/he a saint?) keeps them apart, but looks meaningfully up. Up at the rescuing star of a collection of needles.  ‘The vaccine of hope,’ said Woolf in a recent interview; ‘the robin is saying ‘hang on there you humanoids, and eat your fucking cake.’  Of course, despite Woolf’s declared intention, others have suggested that the needles represent a ‘shooting up.’   Whereas the imagery of holly and berries are straightforward enough, the layers of ‘merde like’ icing are ambiguous. Is it the shit we’re all in at the moment?  Is this glutinous substance simply the mixture of icing sugar and cocoa etched into with the tines of a fork?  Woolf refuses to be drawn. The collaged text (a homage to Kurt Schwitters) is straightforward enough, and those who know their 20th century art history will see that the robin’s wings are cut from a work by Leger. The three balls floating off into the breadboard are there for compositional reasons, but the mysterious word ‘alamy’, aslant in the icing? shit?  will keep art historians guessing for decades as Woolf refuses to be drawn.’

View all posts by Jan →
This entry was posted on 19 December, 2020 in homepage and tagged Jan Woolf. Bookmark the permalink.