THROWING TOYS OUT OF THE PRAM 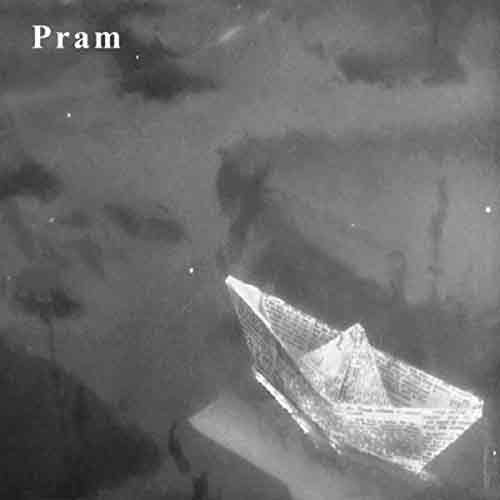 Across the Meridian, Pram (Domino)

Pram have a long and rich musical history behind them since they arrived in my stereo in 1992 with their six-song EP Gash. To me they come out of a lineage of bedroom post-punk and lo-fi experiment,  music made with cheap instruments and a naive wilfulness that produced quirky and original-sounding songs. It’s interesting to find Domino, their current record label, linking them to electronica, krautrock and exotica, although I’ll happily allow ‘haunting’ and ‘dreamlike’ which the press release also mentions.

There’s something very English about Pram, something childlike and mysterious. In the past they’ve used Alan Garner’s Owl Service as a track (and single) title, and there’s something of the hauntological and ethereal about them, something that roots them in the darker side of folk, myth, dreams and conspiracy theory. Pram’s songs, well mostly instrumentals, seem predominantly concerned with mood and texture, with their guitars and toys and whatnots subservient to that, which is fine by me. Pram aren’t afraid to use new instruments, but they’re not flash muso gits either, they’re concerned with sonic exploration and an attention to detail, by whatever means necessary.

Across the Meridian is Pram’s eight album, and their first since 2007. They’ve lost their vocalist and it sounds like they’ve gained some higher production values (probably on the back of their remix activities elsewhere) as well as new members. The sleeve features a newspaper boat setting out across grey seas, the opening track, ‘Shimmer and Disappear’, starts with a sonar beep but immediately becomes all honking brass, glockenspiel rhythms and synthesizer swirls, a kind of mutant bebop – halfway through  there’s even a  quick drum break before everyone comes back in.

Track two, ‘Thistledown’, starts in a similar vein but gradually slows down and underpins some ethereal vocals which float in the air above the music, whilst ‘Electra’ is vibraphone music on acid: happy sunshine reverberations contrasted with moody vocals and dark vamping music which swirl around it. ‘Wave of Translation’ is almost jazz-rock, spacious and space-like – think late Miles Davis crossed with Brand X or Pierre Moerlen’s Gong. And so it goes on, short mood pieces that take the listener where they least expect to go.

In many ways this is the most coherent and sophisticated album Pram have produced but I confess I miss some of their previous lo-fi production values and expreiments. The music here is still full of surprises but they are subtle and clever, almost too knowing, and I sometimes long for sonic accidents and stranger sounds. This is almost too accomplished, almost easy-listening in places, almost too subtle and clever. It’s joyful and fun, yes, but it’s not exuberant or as out there as Pram have sounded before. Don’t you just hate it when people grow up? 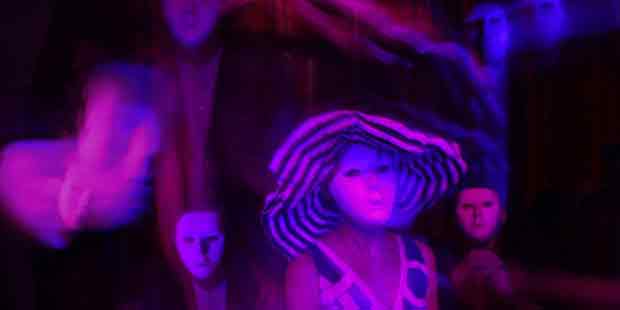 View all posts by Rupert →
This entry was posted on 18 July, 2018 in homepage and tagged Across the Meridian, Pram, THROWING TOYS OUT OF THE PRAM. Bookmark the permalink.