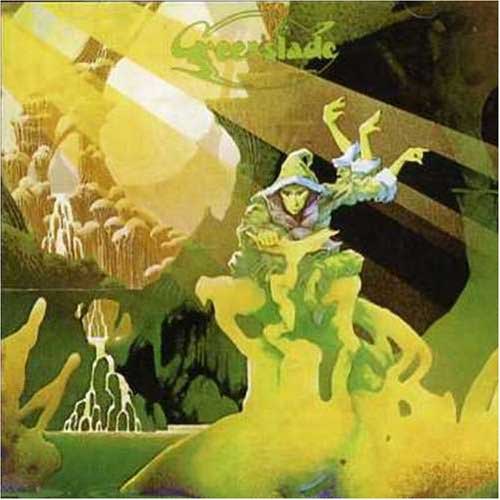 I didn’t hear or hear about Greenslade until 1975, when DJ Nicky Horne spun their instrumental track ‘Catalan’ in all it’s manic glory on Capital Radio. Actually, that might not be true; I think my friend Tim had a phase of writing out the lyrics from the first Greenslade album on his school exercise book, sometimes singing along (if he wasn’t scribing Genesis lyrics and insisting that they were poetry). I’d ignored him anyway, although I’d end up borrowing and then buying Greenslade in all it’s Roger Dean gatefold glory anyway.

‘Catalan’, from Time & Tide, their fourth album is a good place to start though, because most of it gets around the band’s major problem, Dave Lawson’s vocals, and makes the most of their strengths: Lawson’s and Dave Greenslade’s dual keyboards, Andrew McCulloch’s drumming and Tony Reeves’ stunning bass work. Time & Tide, however would be the band’s swansong, at least until a brief partial reunion 25 years later with a couple of live albums and a pretty unspectacular new album being released.

Although there have been some Japanese CD reissues, some 2-for-1 CD pairings, and a patchy compilation album, Greenslade, like many 1970s bands, have mainly been consigned to dusty LP crates in secondhand record shops, collected – I suspect – as much for their Roger Dean and Patrick Woodroffe gatefold sleeves as the music within. But now there’s a proper reissues campaign by Esoteric and Cherry Red underway, though oddly it is starting with the band’s eponymous first LP and their third and weakest offering, Spyglass Guest, both with bonus live tracks and radio sessions (as in ‘remastered and expanded editions’).

Greenslade (1973), with the cover’s multi-armed wizard ensconced in an underground cave system with shadows, filtered light, waterfalls and a never-to-be-confirmed number of hidden characters in the background, offers us seven tracks, six of which are songs. I’ve come to love Lawson’s squealed post-apocalyptic opening lyrics, but boy is it a challenge first time round:

What’s your poison?
Well here’s mud in your eye
And here’s to all our feathered friends that used to fly
Gone is all motion, on land and in ocean and sky

sets the scene, before later lyrics question and enquire:

Was it poison that made everything die?
Or was it man who planned to help, but didn’t try?
The few that were chosen to lead must have chosen to lie

No change there then. Beyond a declaration that ‘[i]t’s time to leave if we can heave ourselves away from here’, there are no answers here, just despair and commitment to moving on.

The second track, ‘An English Western’, seems to be a recurring theme for Dave Greenslade, and I simply don’t get it or any of the band’s other ‘western’ offerings. So let’s move on. ‘The Drowning Man’ clutches at straws as his life flashes before his eyes, ‘daring God to show his face’ whilst remembering dead comrades from the war. ‘Temple Song’ is slinkier and more voluptuous, whilst ‘Melange’ has a cod-Asian feel to it. Then any subtlety disappears as the band launch into ‘What Are You Doing To Me?’ a boogie rock number that goes into overdrive before the subtler ‘Sundance’, whose mournful sounds bring us full circle to where the album started, with tragedy on a global and personal scale:

Does it mean the world is dying?
When I see the flowers crying there
Do you have to turn away?

The bonus CD features seven live versions from the BBC archives, recorded for Sounds of the Seventies and In Concert. Only six songs though, as ‘Feathered Friends’ is here twice. The band’s musical prowess, and the complementary multi-keyboard line-ups mean not much is sacrificed from the studio recordings, but as you’d expect this is a harsher and more energetic sounding version of the band. Dave Lawson’s singing is not at its best live, however, and the instrumental sections are where this band excel.

Bedside Manners Are Extra (1973) is probably the band’s best LP, but it’s not on offer this time round, so let’s move on to 1974’s Spyglass Guest, with its weird dark cover that loudly declares NOT PROGROCK at any prospective buyer. I still have no idea why there is a tiny black panther in front of a gong in close-up or what it is meant to symbolise or be. Maybe I should regard 30 years of bewilderment as a success for the designer? Maybe not.

Relistening to this album, it’s clear that the band are starting to fall apart. Everybody is writing songs by themselves or with non-band members, and the album lacks coherence. There’s the dreadful ‘Siam Seesaw’, another Asian outing that, well, seesaws gently up and down, and the excruciating ‘Rainbow’ with its list of colours and sixth form poetry about falling leaves and lost love. ‘Little Red Fry Up’ is a nauseating story about a farmer and a chicken, and there’s lots of hippyshit nonsense in ‘Joie de Vivre’ (that’s French you know):

The music is just as insipid and uninspired (did I mention the cover of Jack Bruce’s ‘Theme for an Imaginary Western’?), only really coming to life for the patriarchal sneering of ‘Red Light’, a progrock version of The Police’s ‘Roxanne’. It might have reflected ‘normal’ attitudes at the time, but the lyrics haven’t stood the test of time well:

You’ve been a really bad girl babe the way that you’ve been putting it about
You’ve been a really naughty little girl but I can’t bring myself to put you out
I’ve seen the teeth marks and the capital gains
Who gives a damn here’s my share, take my heart and keep the change

What a generous chap, eh? But maybe she doesn’t want his heart? Anyway… The second disc again contains live BBC recordings, seven taken from the album and they are even less convincing live than in the studio. Luckily, there’s a knockout version of ‘Bedside Manners Are Extra’ here too, but I have to be honest and say that it’s clear from this third LP and some of the live tracks why Greenslade never made it to the musical first division, even before punk came along to shake things up. Still, as a musical footnote rather than neglected geniuses, Greenslade’s original albums are well worth a listen to. But if I was you, I’d avoid Spyglass Guest. 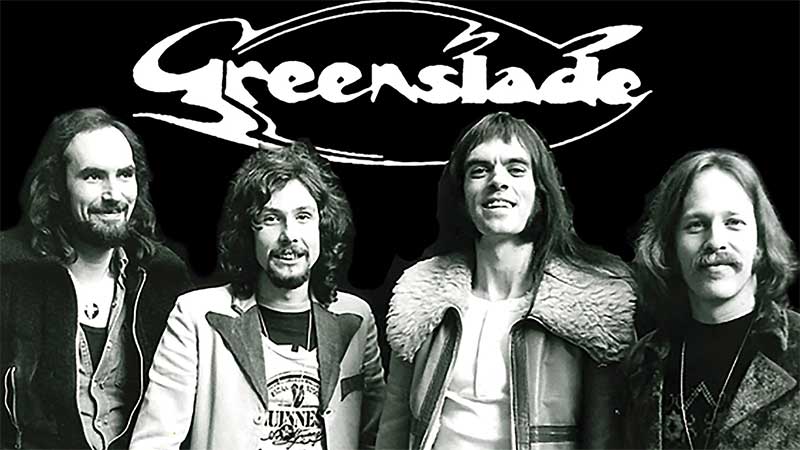 View all posts by Rupert →
This entry was posted on 15 September, 2018 in homepage and tagged Greenslade, Rupert Loydell. Bookmark the permalink.