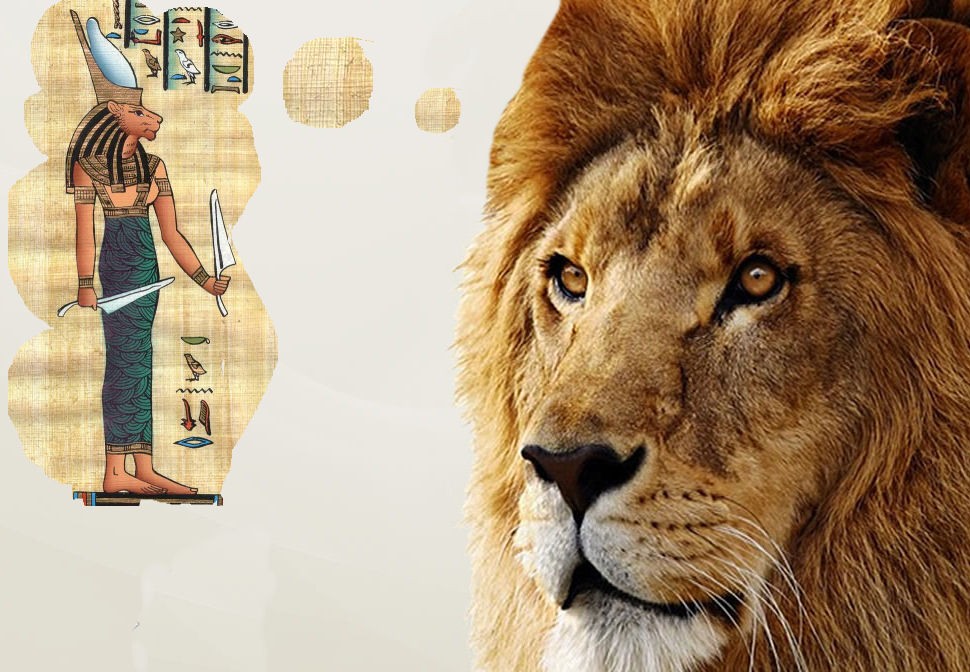 Does a lion think? Not of ending its days in a stately home
as a trophy at the top of the staircase, two-dimensional,
the bulk scavenged off to a light-brown, flat, floppy pancake
draped in an archway, a nothing in lion’s clothing;
no leonine tools of the trade, no Coeur de Lion pumping
the blood of a Richard to flex his claws on Saracen sands,
dead to the world, a mini-desert with a hairy dune:
the deathshead (twisted up to seem it’s still roaring

but looking like it suffers from a neck disorder called torticollis);
really just a pussycat, safe for an Aesopian mouse
to play in the jaws or tiptoe along the whiskers,
debate with dull orange eyes from a position of strength
and out-squeal the über-miaow, out-scuttle the loping stride
of the golden killer who can’t even manage a bowl
of Kit-e-Kat. Is it thinking now? Not of chicken liver chunkies
but dreaming of Sekhmet, her womanly hips and breasts, her cobra.

(Note: Sekhmet is the Egyptian goddess of war, woman with lion’s head, star of the Egyptian Room at the British Museum).

View all posts by Niall →
This entry was posted on 11 May, 2012 in homepage, Uncategorized and tagged Coeur de Lion, Niall McDevitt, Sekhmet, To A Lion-Skin Rug. Bookmark the permalink.

One Response to TO A LION-SKIN RUG