or, WHERE IT IS THAT CRIME STARTS 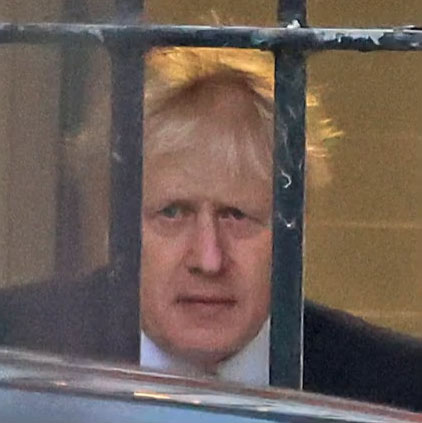 He had pushed open the door to insert the single slur of his body;
His particular passion for entry in the private sense was renowned.
Many had of course urged him first, while others had naturally castigated;
And yet still his sense of propriety fuelled him, as he knew he could always
Calm with caresses, before laying each sweet conquest down.

Tonight, under someone’s God and stars, he darkly contemplated
Each action. In assessing the chamber from which he would rage
A new war he mapped out the arches he’d build in his rearguard
Reich like action, to traipse, plump and naked across the corpse cool
Touch of the marble and its oiled gaze beneath him as his wide flat

Feet slapped the floor. His would be a rape of the state; this was
The plan; sly but steady; starting with flails and part strumbles,
Before gradually zooming in with a focused attack on what people
Believed or possibly even expected; bringing about their destruction,
Without of course, dooming him. This was the way it would be,

As he walked across the moon stung Church, charting futures.
If he was to become their new Judas, then he would make sure
They kissed first. He walked past the wall where he would mount
His Empirical portrait. He saw the line of supplicants stooping
To lap for his liking; their cats tongues soon spiking as they sought

To quench evil’s thirst. He contemplated them all and the empire
He freshly imagined for England. He kicked the critics he would
Corrall before ‘curing,’ and the line of concubines keen to suck.
This is where he would prance, and perform that darkened dance
Of desire that Jesus resisted, but unlike Christ, he could fuck.

He would make the public good a used whore, debasing it
With decisions that stripped dignity from High Office, as the orifices
Within spermed and spumed. Though we do not know if he forced,
Or ever had forced directly. There is nothing filed. Nothing noted.
There is however, a list of transgressions, deceptions, ‘soul-theft,’

Moral wounds. From manipulated campaigns, to stealing the piss
From old women, to roasting the rulebook, as his thematic ‘cuntapoint’
Soundtracked his uncovering off-key tunes. A sparkle of stars themed
A glass. He turned to quaff blooded wine; the product of 2020’s
Marred vintage.  The infected odour, belched out breath and babies,

That would be worse than words, being his. He had left his minions
Tonight to paint their pale excuse for his actions. The news brigade
Would call for him but he would not be found anywhere, a lost is.
Tonight, he would have a hand to all throats, and a penis primed
By agenda; his former fields of pudenda, were his to re-plough

Post this dare. But for now, his true crime, worse even than murder,
Or rape, was the distance that he placed between purpose
And the private aim so few see. He wanted to be Emperor.
Prime Minister is Principal only, He wanted to be the school
Where all students, whether truant or not, can’t spell free.

And where they forget what ever it was that first formed them.
Where does crime begin? In the spaces between a compulsive’s
Delusion and where the victim or splintered soul starts to bleed.
Solve that case, if you can. The suspects are arranged.
But I ask you now, as you’re guessing: what are they doing?

The Maltese Falcon has melted. In these darkly sparked hours,
Whether its Bundy, or Trump, Sutcliffe, or, Shicklegruber.
Pot, or Pinochet, Dahmer. Or, Bore-is Johnson, here.

View all posts by David →
This entry was posted on 5 February, 2022 in homepage. Bookmark the permalink.

One Response to TRUE CRIME STORY: IMAGINING AN EMPIRE