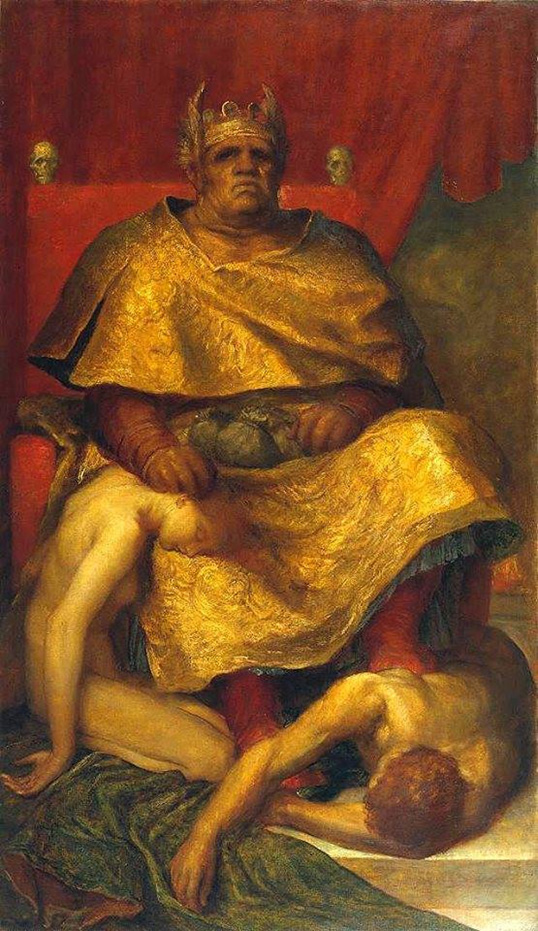 “Trump’s Gonna Make Me Rich!”
Screams an ecstatic devotee;
“He ticks all my boxes,” he enthuses,
Yet ignores what he needs to see.

For the gilded toad’s boxes are like snapping caskets –
Golden coffins that lead somewhere tragic.
In Keith Thomas’ study of magical thinking,
‘Religion and the Decline of Magic’,

Thomas studied how the ‘cunning’ men and women
Used to claim a connection to the Devil –
To help people find treasure or to gain revenge
With their potions and lying ploys of pure evil.

“For persons in a state of hopelessness”, Thomas wrote,
“Attachment to the Devil symbolized their alienation
“From a society to which they had little cause to be grateful.”
Donald Trump capitalizes upon such frustration.

With political baubles that cater to fear
He manages to get himself elected,
And with fewer polling booths for ethnic minorities
The system proves easily corrupted.

Winning is Donald Trump’s only gospel
And bullying is his second nature.
He’ll grab any weapon to gain advantage,
From nuclear missiles to torture.

He wants to build a wall to exclude Mexicans
Although Texas was originally their land,
And the refugees created by US foreign policy
Are likewise to be permanently banned,

All Syrians are to be turned away on arrival
Leaving their families in shreds,
While Trump crushes the Affordable Care Act
Unconcerned that he’ll leave 40,000 dead.

With a mania for building skyscrapers,
For looking down on people below,
The gap between rich and poor widens
As Trump boasts of his ‘get up and go.’

But thanks to every billionaire’s empathy bypass
Society is to be ruined by the 1%’s stealth:
Those at the top grow callous and sick in the head;
While those at the bottom die of ill-health.

The Devil delights in social corrosion.
He seeks out communities to disable.
He can then seduce and enslave the survivors
Into living off the crumbs from his table.

As proof of his vainglory, on Trump’s first day in office,
He contacted Washington’s Head of Parks
To insist that he’d concealed Inauguration photographs
Showing Trump’s crowds bigger than Obama’s.

Power and vanity are Trump’s drugs of choice;
His hobby the commodification of women –
One of whom has filed suit, objecting at age 13,
To being forcibly injected with his semen.

He believes women who abort should be punished
“They definitely should be paying a price.”
While he’d routinely feel free to rape his first wife Ivana
He dislikes women having freedom of choice.

In his nostalgia for the lawless days of the robber barons
He embraces oil, gas, and coal’s pollution –
Never mind some pipelines being on Native American land
And poisoning the water thanks to deregulation.

‘If you accept my lies as ‘alternative facts’
Stick with me and my wealth can be yours.
Get with the programme – it’s a post-truth world.
Let’s turn back the clock by three hundred years.’

Thanks to Trump’s revival of the CIA “black sites”
And to “enhanced interrogation techniques,”
And to climate change denial, he’ll torture the planet –
Him and his Administration’s freaks.

Trump is drunk with his Devil may care attitude
And the feeling he can get away with anything –
Thanks to his casino capitalism and his fame yet surely
The Eumenides, the Furies, are awaiting his final fling.