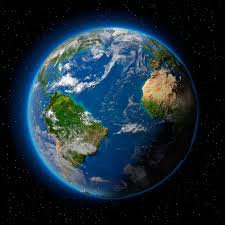 After the UK’s resounding vote to leave the EU (51% : 50%) government officials have announced a new referendum which would let the country’s citizens decide whether they wanted to leave the Earth altogether. The decision to leave the planet, home of humanity for billions of years, is thought to be gaining popularity with the ‘average man in the street’ and, bolstered by his recent success at the independence polls, political pundits are predicting plans to piss off from the planet permanently could pirouette to Pluto. Retired electric chair manufacturer Michael Ballsup, 67, from Althrope Northants, said, ‘If anyone’s your average man in the street its me and I think we should leave the Earth as soon as possible. For one thing it would certainly curb immigration. You can’t argue with that. Second: everyone knows that the Earth has been holding sensible English people back for years with its weather, foreigners and gravity. In space it will be sunny all the time, there will be no one to argue with, apart from other proper Brits, and we could float to work in spacesuits with jets on.’

New Tory leader Theresa May, desperate to appeal to the average man in the street, echoed Mr Ballsup’s views and gushed, ‘If the good people of this country, and the poor ones too like Mr Ballsup, express a view to leave the Earth then I cannot stand in their way. I will merely be the tireless captain of the country guiding our nation through the choppy waves of upheaval and, being a female prime minister, will make it easier for me to boldly go where no man has gone before.’

The UK’s eagerness to leave things, especially when we are not winning, has not gone unnoticed by the intentional community.  Karl Schmidt, 56, a Professor at Geneva University conducting a study into the subject of what is known as Psychological Regionalism of Low Sentients  (or P.R.O.L.S) explained ‘The UK population is currently experiencing what we in the psychology game call ‘give me my ball back I don’t want to play anymore’ syndrome. It is my guess that this national dementia stems from Dunkirk which was the last time the world went badly for England and it quickly tried to leave. To reverse these low esteem issues the country would need something to feel proud about. But with you out of the EU, out of the European Cup, out on a limb, out to lunch and the rest of you out in space, I’m afraid there is no hope, You are, what we psychologists un-euphemistically call, a lost cause.’

View all posts by Ethan →
This entry was posted on 14 July, 2016 in homepage and tagged current affairs, Ethan Harrison, politics, satire, Social commentary. Bookmark the permalink.