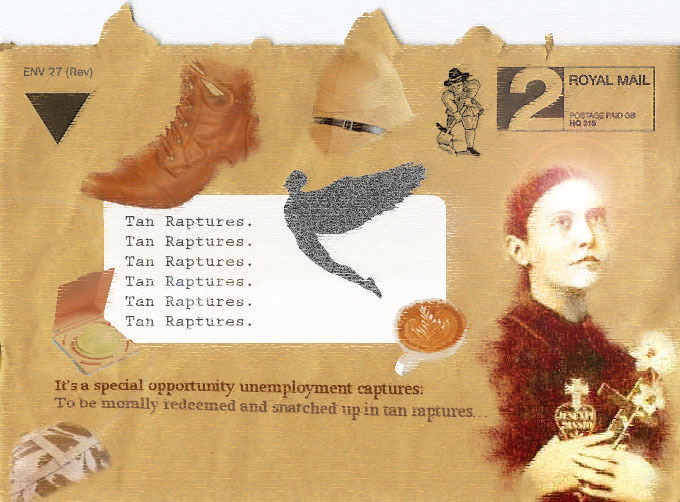 After seven years of what might be termed the ‘welfare hate’, with over 80,000 deaths (and suicides) among sick and disabled claimants between 2011-14, approximately 2,380 within six weeks of the DWP and Atos declaring them “fit for work”, it is only in recent months that the British pathology of what I term ‘Scroungerology’ has shown vague signs of a pausing for thought.

Undoubtedly some factors contributing to this latter cultural hiatus are the United Nations report condemning the Coalition and Tory Governments’ abuses of disability rights through disability-targeted benefit cuts, and veteran social-realist director Ken Loach’s Palm d’Or and BAFTA-winning film intervention, I, Daniel Blake (in some ways a polemical update on Jim Allen and Roland Joffé’s superlative The Spongers, broadcast 1978, which juxtaposes the story of a single mother and her children targeted by punitive disability benefit cuts against the backdrop of the taxpayer-funded Queen’s Silver Jubilee, and which is more than ripe for repeat).

These have come as timely reinforcements to several veteran campaigns –Disabled People Against the Cuts, the Spartacus Report, the Black Triangle Campaign, Calum’s List et al– that have fought valiantly over the past seven years to put the catastrophic impact of the disability cuts in the public domain, in spite of the DWP and a complicit mainstream media’s best efforts to ‘bury’ such issues.

Nevertheless, we have a long way to go politically and attitudinally as a society until we can wrestle back some semblance of a compassionate and tolerant welfare state which looks after the poor, unemployed, disabled and mentally afflicted, and without recourse to stigmatisation and persecution. The front line of ‘scroungermongering’ is the thick red line of the right-wing red tops, most heinously the Daily Express, and, of course, every English person’s favourite hate rag, the Daily Mail –the ubiquitous negative drivers of most public opinion.

To be on benefits today, no matter what one’s personal circumstances or disadvantages, is almost a taboo, and one exploited ruthlessly by the makers of such televisual effluence as Benefits Street, Benefits Britain: Life on the Dole, and the reprehensibly titled Saints and Scroungers (one campaigner, Sue Marsh, has tried to re-appropriate that dreadful term on her admirably defiant Diary of a Benefit Scrounger blog).

In spite of a faint sense of relief felt across the unemployed and incapacitated communities at new Work and Pensions Secretary Damien Green’s announcement that there will be no more welfare cuts beyond those already legislated, there is still cause for trepidation when said legislated cuts, of £30 per week to new Employment and Support Allowance (the old Incapacity Benefit) claims, kick in this April –certainly, then, ‘the cruellest month’ this year.

By something of a coincidence, my next poetry collection, precisely on the theme of the welfare and disability cuts and the stigmatisation of the unemployed, Tan Raptures, is published by Smokestack Books on 1 April.

Tan Raptures gathers together poems composed during the past six years of remorseless benefits cuts and welfare stigmatisation. Some of it is from an empirical perspective, my having been for much of this period in the no-man’s-land that is the ‘Work-Related Activity Group’ (abbreviated disparagingly to ‘WRAG’) of Employment and Support Allowance, where those who are deemed unfit for work for the time being but not necessarily permanently are placed (I am a lifelong sufferer of pure obsessional disorder, an unpredictable and debilitating form of OCD).

Poetry and unemployment often go hand-in-hand, if that’s not a contradiction in terms, since writing poetry is a form of occupation (alongside editing it, publishing it, teaching it, mentoring it, workshopping it etc.), even if an often impecunious one as paid opportunities are few and far between. Indeed, the fact that poetry has very little ‘market value’, and employment or occupation in capitalist society is almost entirely defined in terms of earning money, almost all full-time poets are, paradoxically, ‘unemployed’; at least, in purely superficial material terms. Through the sadly seldom-consulted prism of humanistic occupational theory, poetry is certainly an ‘occupation’ in the authentic sense of the term.

Many poets have been unemployed at points in their careers albeit ‘poetically employed’ at the same time. Indeed, unemployment is often an ‘occupational hazard’ of being a poet, and many either still are, or certainly have been in the past, intermittent benefit claimants. Capitalism has no time for poets since it deems them unprofitable and economically unproductive (in any case, it has their occupational replacements: advertising copywriters).

This is in stark contrast to the stipends paid by the state in the old CCCP specifically to keep poets in their poetry (a similar scheme would be most welcome here today). The sometimes inescapable relationship between poetry and unemployment –bards on the dole– is almost never spoken let alone written about by poets. Poetry and unemployment are unspoken companions. But many poets will stifle a bitter laugh at the notion of a Department for Waifs and Poets (DWP).

In Tan Raptures I refer to the DWP as the ‘Department for War on the Poor’, since that is undoubtedly its primary purpose today. The collection includes polemical paeans to many victims of the Tory benefits cuts and sanctions, such as Glaswegian playwright Paul Reekie (suicide), ex-soldier David Clapson (death from diabetic complications/malnutrition), and the Coventry soup-kitchen-dependent couple, the Mullins (suicide).

The eponymous polemical poem is an Audenic dialectic in 14 cantos on the social catastrophe of the benefits caps, pernicious red-top “scrounger” propaganda, and Iain Duncan Smith’s despotic six year grip at the DWP. It is also a verse-intervention of Social Catholicism, as epitomised by Pope Francis, in oppositional response to the “appalling policies” (Jeremy Corbyn) of self-proclaimed ‘Roman Catholic’ Duncan Smith.

The title Tan Raptures plays on the biblical notion of ‘The Rapture’ –the ‘raising up’ of living and dead believers to meet their maker in the sky– satirising the ubiquitous ‘tan envelopes’ that strike fear into claimants on a daily basis as passports to a twisted Tory notion of ‘moral salvation’ through benefit sanction.

So common has this phenomenon become that the phrase ‘fear of the brown envelope’ now denotes a recognised phobic condition, and was even used as the first part of a title for an academic paper on ‘exploring welfare reform with long-term sickness benefits recipients’ (Garthwaite, K., 2014).

It is my hope that Tan Raptures will play its part in keeping up the momentum of the belatedly emerging counter-cultural welfare narrative as championed by the likes of Ken Loach, and, of course, Labour’s first socialist leader in decades, Jeremy Corbyn, who put it firmly on record that he opposes any open discrimination against the poor, unemployed, sick and disabled in such reprehensible and hateful terms as “scrounger”, “skiver” and “shirker”.

Our culture of ‘Scroungerology’ has been something I have been writing polemic on for a number of years now at The Recusant and through the two anti-austerity anthologies under its e-imprint Caparison: Emergency Verse – Poets in Defence of the Welfare State (2010/11) and The Robin Hood Book – Verse Versus Austerity (2012/13).

It seems an apt time then to pitch Caparison’s belated third poetry anthology, The Brown Envelope Book, or The Brown E-Book for short, since it will be, at least initially, an electronic publication, as was, originally, Emergency Verse.

The main theme of this third anthology is, as the title suggests, benefits cuts and welfare stigmatisation, but it will also be addressing the housing crisis by petitioning for the reintroduction of private rent controls and also raising greater awareness of the prevalence of letting agent-and-landlord negative vetting of prospective tenants on the basis that they claim benefits or Local House Allowance (even if they’re in work!).

Poets of all stripes are invited to submit their poems on the themes of unemployment and welfare; the empathic but, more especially, the empirical, welcome.

Alan Morrison’s Tan Raptures is published by Smokestack Books on 1 April 2017. It is available now to order:

To submit work for consideration in The Brown E-Book, please email up to six poems along with a brief biog in the body of the email to: [email protected]. Please put ‘Brown Envelope’ in the subject header.

All hail the ragged glad, the angry glad, the rag-tag with black
Gangrened feet tied in tan paper bags, tramps, vagrants,
Beggars, gypsies, travellers, ‘Wrags’ all raked out and scattered
With the Caxton tans, the flagellating tans –the little tan
Savage gods: small paper packets of black-inked seeds
Which gradually germinate stigmas and memes, mind-tendrils
Of strange detergent urges to rinse out the oesophagus, or
Sprout into nooses, even among claimants of sounder minds,
Since all are cursed with Sisyphus prescriptions, rumours
Of black spots to top up brown studies to brownouts,
Origami thought-forms sprouting from poisonous printing inks,
Paper folded sharp as guillotines or portcullises,
Correspondences of purposeful crossed-purposes cropped
To prickle phobic consciences popped off by proxy
To cap unemployment figures; ominous brown windows
Of howling shibboleths (even more ominous when they
Come in beige or isabelline: those are the Atos albatrosses
Beating their wings of bounty incentives) which, once spoken,
Open up impecunious sesames and cans of worms
While simultaneously shutting curtains on claimants
After defenestration without witnesses –the final
Triangulation for slow strangulation– and this is part
Of the sport for tan harpies, tan snatchers, tan accusers,
Kangaroo judges and juries, snatching tans that snatch away
Securities then grab the giro-souls of those driven
To suddenly ending their claims prematurely, signing off
From life for terror of ‘error’, at threat of interrogations,
Sanctions, prosecutions, dispossessions, denied burial
On consecrated grounds of “hardworking taxpayers”;
Surreptitiously depleted from DWP spreadsheets;
Or those who ‘disappear’, simply shrink away for visceral fear
Of brown envelopes –now recognised as a psychological
Disorder in its’ own right to be slipped in the onion-skinned
DSM, ripe opportunity for pharmaceutical pill-
Cutters to profit from by coming up with another new
Wonder drug; ‘Brown Envelope Syndrome’ (BES), sometimes
Nicknamed “Brown Terrors”, “Beige Ague”, or “Antsy Tans”,
Can display symptoms normally associated with delirium
Tremens: shaky hands, clammy palms and hallucinations
Of tans on the doormat even on those days when they are
Absent (“tan hallucinations”); while otherwise “Brown Terror”
Has all the classic hallmarks of anxiety –hence its’ other
Sobriquets: “Tan Angst”, “Tan Panic”, “Tan Anxiety”, “Tan
Terror” –O those ENV 27s that traverse the convoluted
Veins and tortuous arteries of the mollusc-slow postal
System, twenty-four-seven; Byzantian tans that sliver round
The houses circuitously before arriving and visiting
Their plagues on shivering receivers, so many innocent
Orestes nonetheless in the throes of hot pursuit by vicious
Missives of sulphur-hissing prose sent hurtling like flaming
Arrows from bows of fulminating buff Furies –ominous
Browns, scourge of lumpen unemployed papyrophobes…

One Response to Unspoken Companions: Poetry and Unemployment