Victory Over the Sun 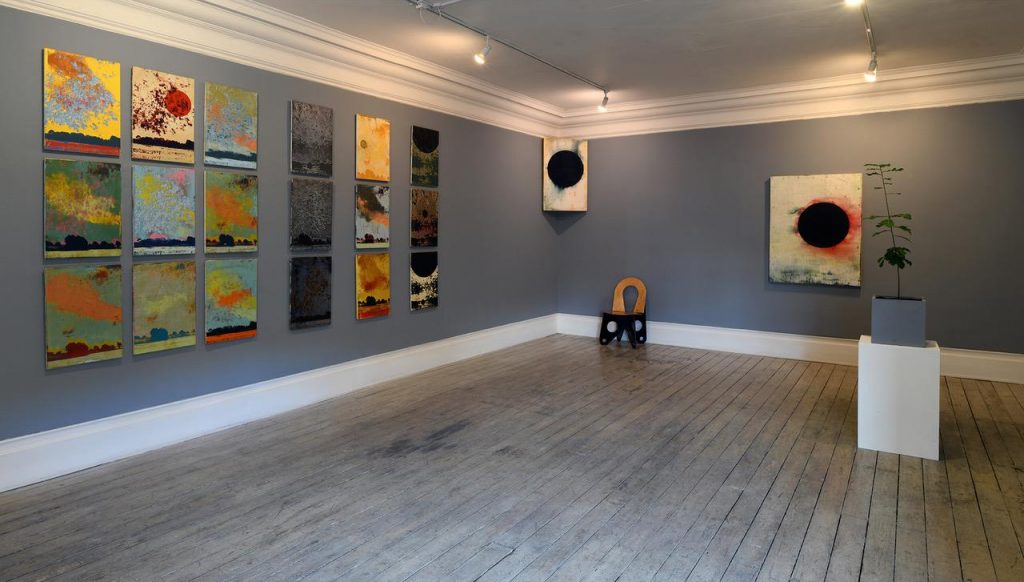 A new show from Harry Adams – aka Steve Lowe and Adam Wood – is always a cause for celebration.  This one, Victory Over the Sun is a marvel of fine painting and sardonic edge. In fact, walking into the Eagle Galley – just behind Messers (I’ll keep that typo) Adams’ studio – L-13 Light Industrial Workshop – Private Ladies and Gentleman’s Club for Art, Leisure and the Disruptive Betterment of Culture – feels more like an installation with those gorgeous grey walls, in colour tension with the paintings,  and a humming oak sapling.   I asked Steve if the blotting out of suns referenced depressive states.   But not a bit of it – heaven forefend that I should think lowering rumination trumped joy down in L-13.  Excited about sharing my new art experience I asked Steve for some notes on work that had such an impressive cultural pedigree.  I’ll take credit for putting this show under your noses dear IT readers, but not the notes, they are here in their entirety.   Over to half of Harry – Steve Lowe. 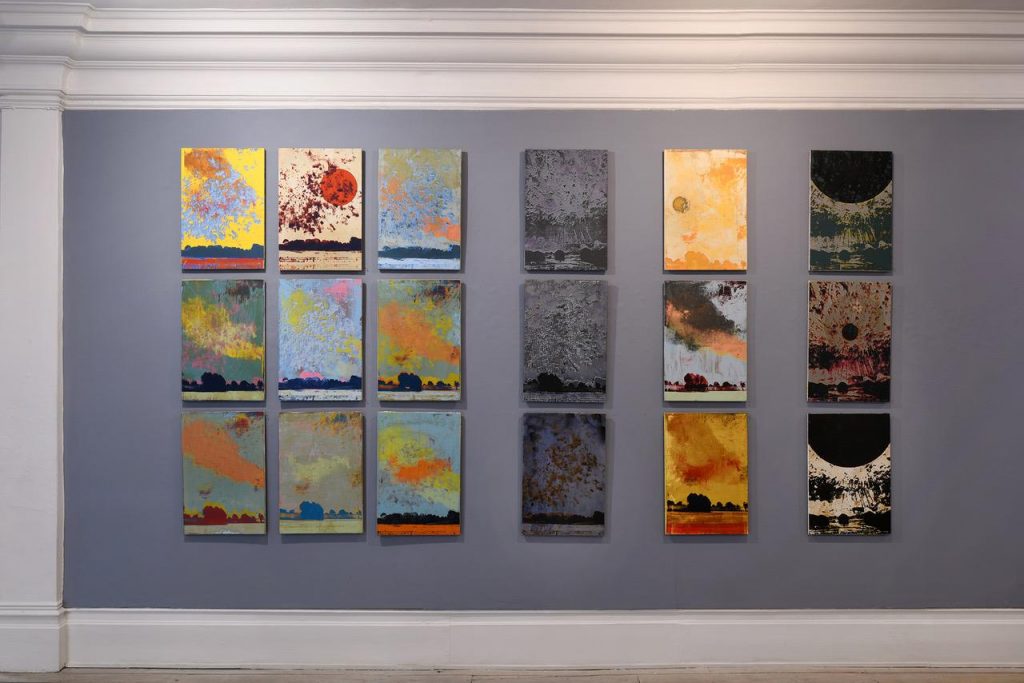 Some Notes on Victory Over the Sun.

With the title taken from the crazed 1913 Futurist Opera for which Kazimir Malevich made his first Black Square painting, the exhibition features new paintings and monotype silkscreens that continue Harry Adams’ gleeful musings on apocalyptic romanticism, existential torment and the calamity of Western Culture. 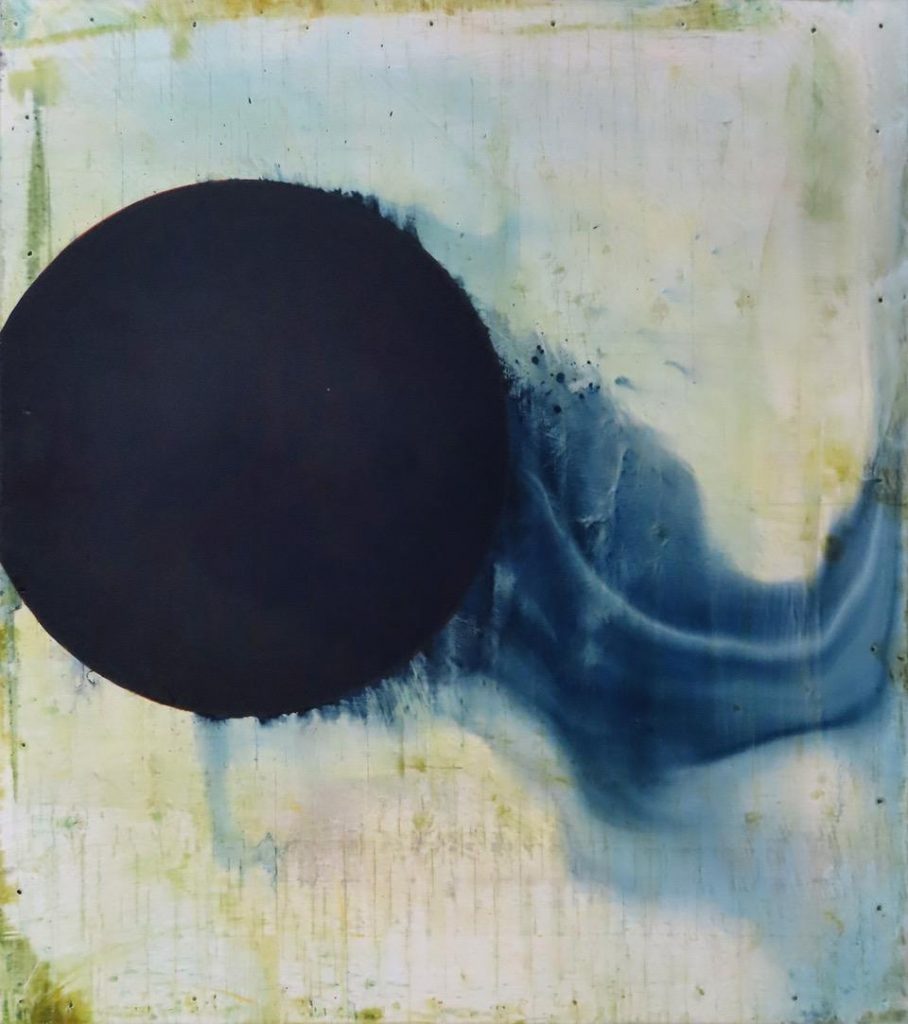 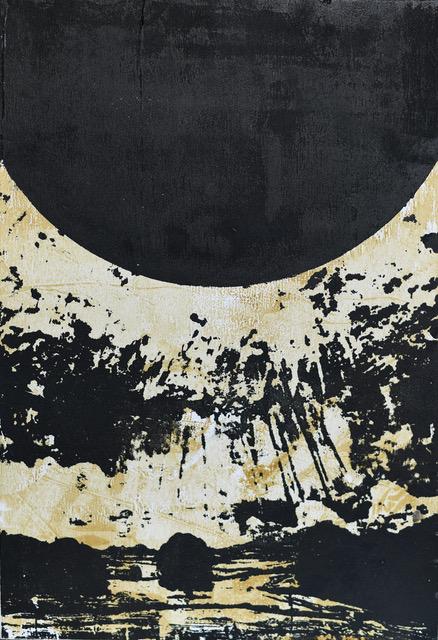 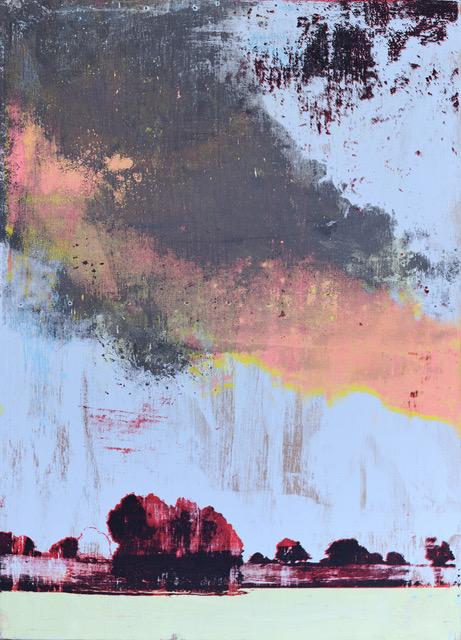 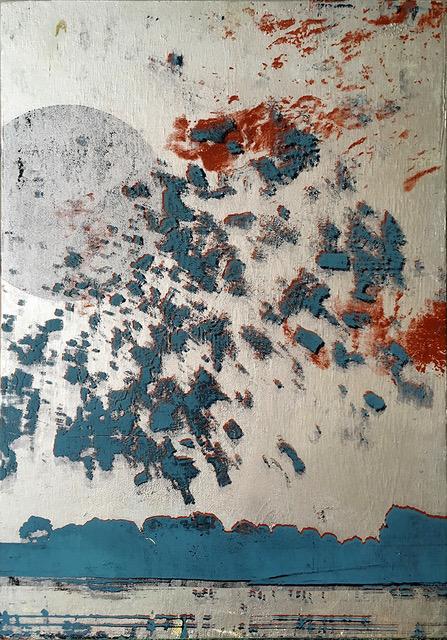 In Victory Over the Sun (the opera), the sun, representative of the decadent past, is torn down from the sky, locked in a concrete box, and given a funeral by the Strong Men of the Future. The Traveller in Time appears to declare the future is masculine and that all people will look happy, although happiness itself will no longer exist. Meanwhile, the Man with Bad Intentions wages war and the terrified Fat Man finds himself unable to understand the modern world. 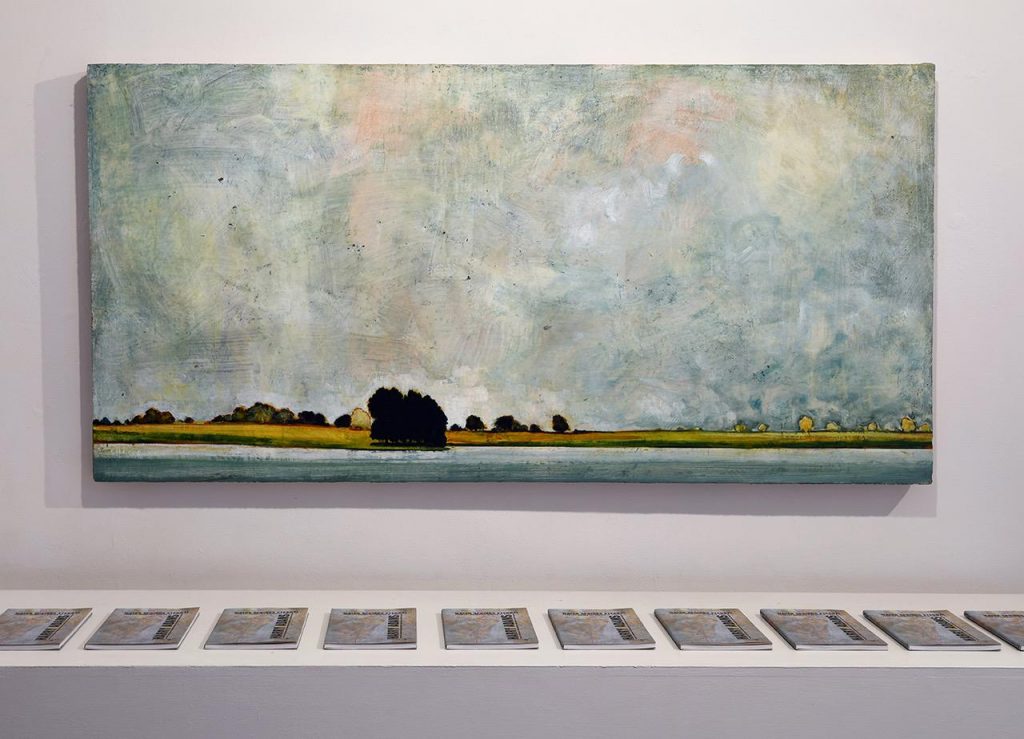 Over 100 years later, here in the future, Victory Over the Sun (the exhibition) is a controlled environment showing paintings that use mechanical and/or chaotic processes. Overlaid repetitive screen printed motifs, lifted from several Harry Adam’s paintings and mashed together. Poured paint that’s allowed to run and mix in natural fractals on cracked and knotted gesso boards. The images allude to the great beauty and destructive forces of nature, mankind’s awesome fear of it, and their calamitous domination over it. The black circles could be blotted out suns, black holes, eclipses, dying planets, or strange experiments. The flooded land is actually a manmade reservoir, but it could be rising melt water. The clouds could be dust or smoke, or other evidence of disaster – or just clouds – or just paint. There is also a real live oak sapling planted or trapped (?) in a square concrete planter on a plinth that emits a rhythmic vibrating hum. Harry Adams says that their intention was to create an atmosphere that was as peaceful and seductive as it was disquieting and portentous, adding with a laugh: “Ultimately, the exhibition is an expression of the riddle of our own thoughts – like the Fat Man of the future, we’re not sure what the hell is going on!”

One Response to Victory Over the Sun