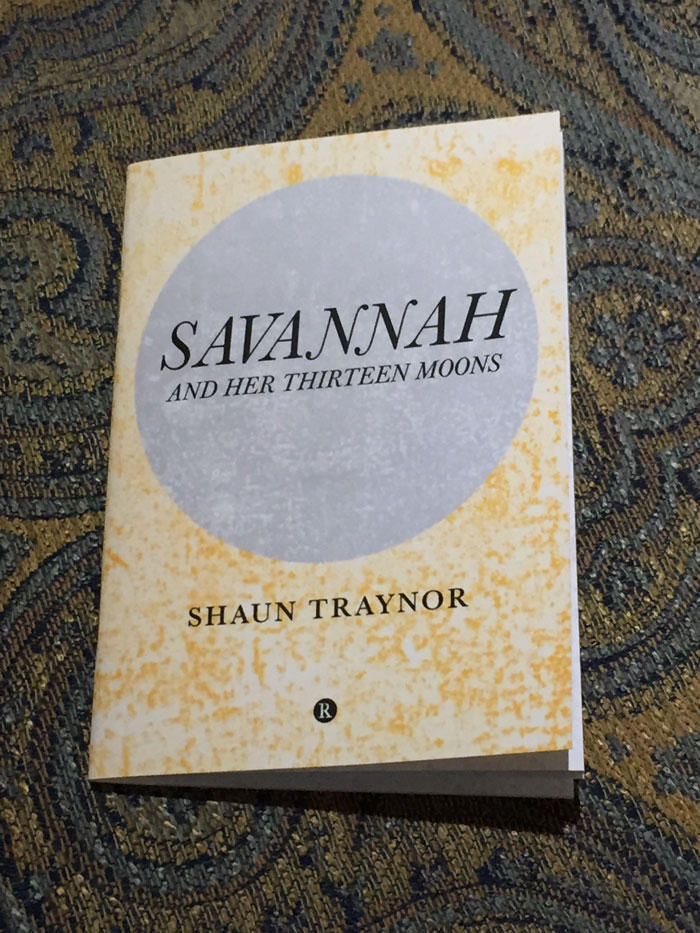 The Moon.  It’s followed us around for ages – hanging there, beguiling. Her silvery face indifferent, or so we think. But what do we feel about the Moon?  Her twelve faces that pull the tides, make canines howl and divide the year. My friend, poet Shaun Traynor has just published an exquisite collection of thirteen poems ‘Savannah and her Thirteen Moons’  as an A6 booklet. It’s truly lovely and has been designed by artist Roelof Bakker. Shaun wrote the poems, one a month in 2019, and posted them on Facebook.  Now, in the final moons of his life, he has dedicated them to his granddaughter Savannah.
Here is
September: The Harvest Moon
The Harvest Moon is the name given traditionally
to a full moon rising in September;
and traditionally, it was during September
that most of the crops were harvested ahead of the autumn
and this moon gave light to farmers
so that they could carry on working longer in the evening.
So, The Farmers’ Moon? No; I rename this moon:
The Migrants’ Moon
Work on
migrants in the field;
I give you late-light-
complete the task before I wane again
and grass grows brown and you must return.
Shaun Traynor
Presented by Jan Woolf – published by –
https://riversmeetproductions.co.uk/publications/
Tweet

View all posts by Jan →
This entry was posted on 5 December, 2020 in homepage and tagged Jan Woolf, Shaun Traynor. Bookmark the permalink.