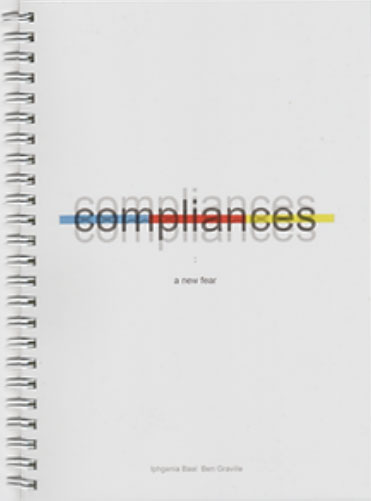 Compliances is angry, questioning and confused, a paranoid series of prose texts and photos about surveillance, politics, society and crisis. It is a full colour ring-bound publication, stuffed full of images that capture the everyday, the occasional and strange moments of community and confusion that occur around us: someone asleep on the pavement outside a court building, strangers hugging, a crushed bike under a bus wheel, smoke-damaged concrete, high up, as evidence of an apartment fire.

This is a world observed by drones and CCTV, informed by ‘crackpot theories’, ‘crackpot action plans’ and ‘crackerjack anti-racist campaigns that are really, really racist’. Sound familiar? It should do, because this is a book about where we live today, where ‘fortress britain is locked in’ and ‘the once-favoured policy of managed decline is now viewed as commercially unviable.’ Now, marketing departments ‘churn out press releases to maintain the lie that england still functions’, human resources lie (or simply don’t answer any questions), and everything is ‘a) smoke & mirrors / b) magic & spite / c) protection rackets / d) pyramid scenes / e) backhanders / f) bribes’.

But then it always has been, because ‘everybody knows (even the lousy little south-east london poets) that the old days weren’t any different than these new ones’, although perhaps the deceit and lies are now out in the open in a way they weren’t before, just as TV like The X Factor made the machinations of the pop industry public? The anger and despair and sadness evidenced here isn’t just a reaction to what’s going on around us though, it’s about ourselves, about meeting someone else and knowing ‘you’ll look at each other and see with dismay how fat and old you’ve both gotten’. It’s about the loss of dreams and ambition, about the end of several possible futures you aspired to, about lessening opportunities, about isolation, poverty, and the constant abuse of power:

‘there’s always been a meanness to those prep school bastards but it’s hardly noticeable anymore because that meanness, the lack of camaraderie, has trickled down (just as the economists hoped it would) into everything.’

This isn’t party politics or sociology, this is an angry and confused howl, a shocking, colourful, and personal rant in response to the mess we find ourselves in, helpless and on our own. There are no false promises or answers here, just recognition and documentation of what’s going on, what we’ve allowed to happen, or even made happen. It suggests we ignore and question ‘the limp dick propaganda cooked up in the sw2 HQs of flailing media empires’ and start taking notice of things. It is provocative, playful, and radical in how it documents the fact that ‘no-one’s driving this flying umbrella’ and provokes us to think for ourselves. 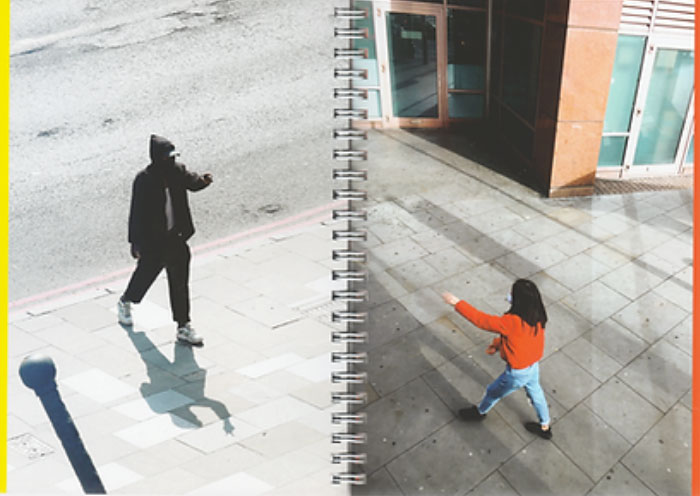 Toothgrinder is a multidisciplinary press specialising in experimental literature, music and design, founded in Liverpool by 2 brothers.
Each release is produced with a strong emphasis on its physicality and a high degree of workmanship, with all resources sourced sustainably as possible and specifically chosen for each output. We work alongside and aid all of our contributors in the design and development of their work.
We aim to act as an ethical and inclusive output for creatives, upholding complete transparency within everything we do, and affording our contributors with as much freedom of distribution as possible with their work.

View all posts by Rupert →
This entry was posted on 25 June, 2022 in homepage and tagged Compliances: A New Fear, Iphgenia Baal & Ben Graville, Rupert Loydell. Bookmark the permalink.