Posted on 17 December, 2015 by HeathcoteRuthven 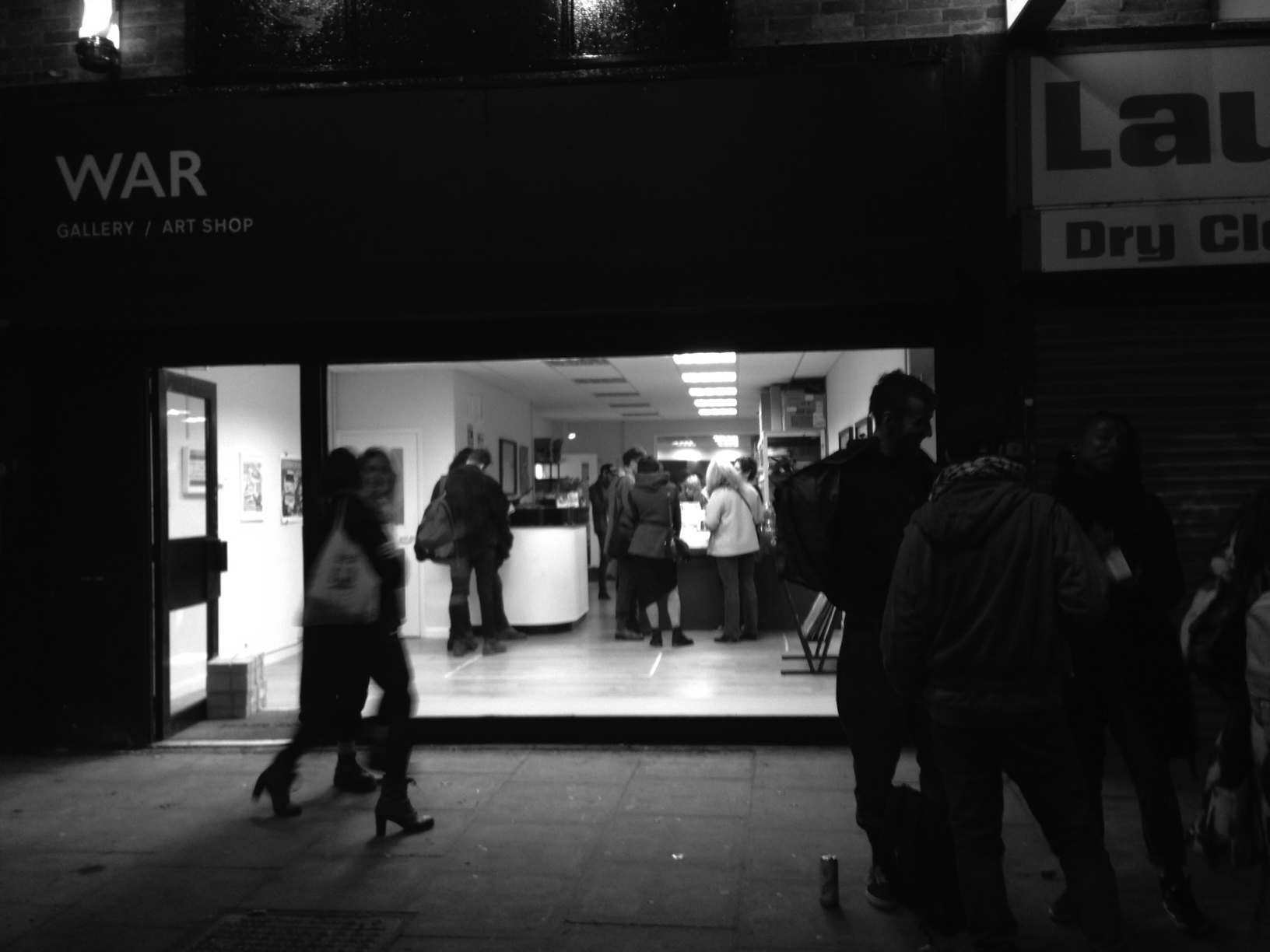 WAR has come to Lewisham. Last Wednesday trouble-making satirist Darren Cullen opened the doors of his studio to the public. Spring boarding from the success of his stall at Banksy’s mock theme-park ‘Dismaland’ (“It is just amazing having this much sarcasm in one place”, he told a journalist upon arrival) he has leased out an abandoned hairdressers in Lee Green, where he will remain “until they demolish the place in a couple of years”, he told me. This is an area recently heralded by the Evening Standard as the “worst shopping precinct in the country”, on account of 34% of its shops being empty, nearly three times London’s average (a figure that should be of keen interest to any squatters looking for commercial empties!). The area is a stark mixture of inner-city poverty and suburban isolation – gated detached houses with two cars in the drive two blocks away from half dilapidated streets. One local resident commented that nobody would visit the gallery, as it’s on the wrong side of the block. 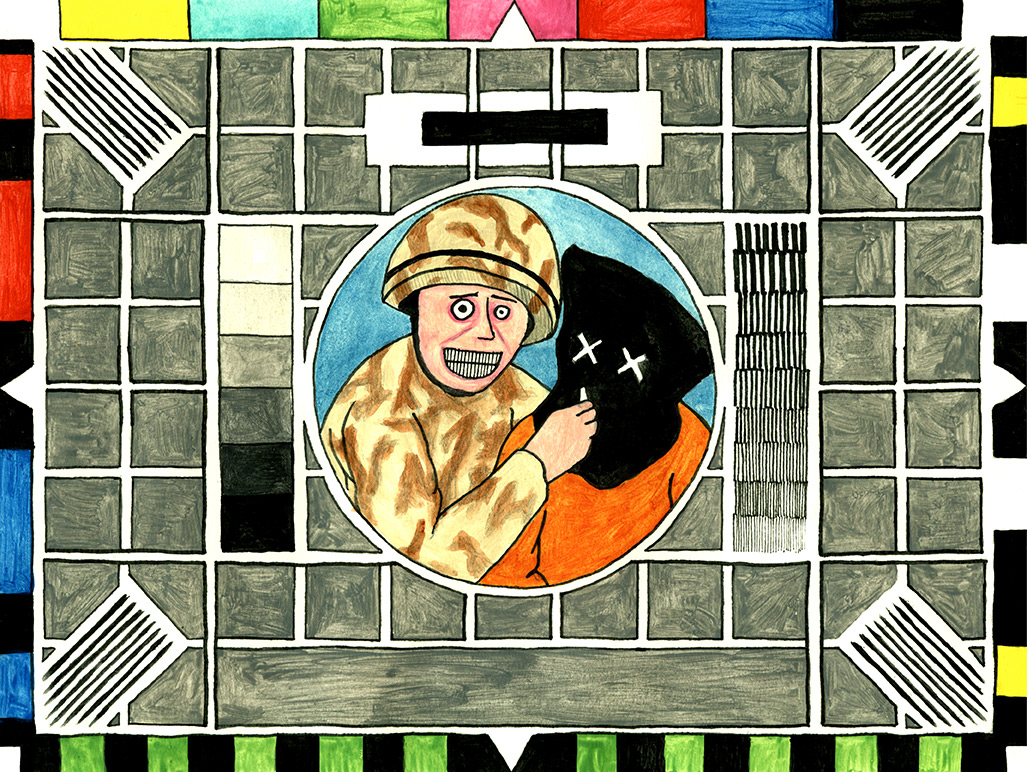 A perfect place, perhaps, for Cullen’s dark and biting images. “JOIN THE ARMY: Like Prison, But With More Fighting” reads the front page of his anti-recruitment manifesto, recently bought by the V&A for their permanent collection. “If You Like Football, You’ll Love Dying In A War” reads another. When Darren was seeking to produce JOIN THE ARMY printers refused him, on the grounds it was too offensive to British soldiers. As if to spite such prudes, it was later embraced by anti-war ex-soldier organisation Veterans for Peace, with whom he made a series of adverts “Action Man: Battlefield Casualties” (PTSD Action Man – Real Thousand Yard Stare”) They even said that Cullen’s sense of humour was remarkably similar to that within the army – perhaps because both parties spend extensive amounts of time trying to make British soldiers look as stupid as possible.

The tropes range from savage mock-ups, like an army recruitment poster reading “MAKE STUFF DEAD” or a front page of The Sun headlined “KEEP FUCKING BUYING”, to clever visual tricks, like a bleak toy model traffic-jam called “Scalectric: Daily Commute” or a withered body peaking out of a spaceship, captioned “Shoot for the moon because if you miss you will die in the vast, cold, emptiness of space.”

WAR is Darren’s second shop after a pop-up ‘payday loans for children’ in North London’s Stroud Green called Pocket Money Loans. The shop offered ‘pocket-money-day loans’ at rates of 5000% APR, in scathing parody of “Oakam Loans, Speedy Cash, Wonga, ToothFairy Finance,” and others “that all target children with their advertising…as both a means of persuading their parents, but also as a way to groom the next generation of indebted customers,” says Cullen. The posters for that read: “Nivea Pro-Ageing Cream (Dramatically Reduces the Appearance of Childhood”, “Tooth Fairy – Healthy Teeth Brought For £££”, and “Apply For A Bouncy Castle Mortgage Today (Or Remortgage Your Existing Bouncy Castle To Pay For Improvements)”

The magic of these images is their ability to produce a creeping sense of horror at how unrelentingly accurate they are. He manages to nail, again and again, the all too slight change of perspective needed to unmask the brutalities everywhere around us, changing forever how we see the world. After the laughter, after the shock value, browsing an abundance of Cullen’s work is an unnervingly emotive experience. Many, in fact, appeared to be weeping towards the end of the opening. Though this was, to be fair, at least in part due to the ominous barrel of Darren’s homemade “sports wine” being dished out – the half-fizzy, heart-attack, heartfelt tribute to Buckfast, a yeasty mixture of rotten grapes and Boost energy drink that quickly ruined your vision. “Come for the sports wine, stay for the fight you start after the sports wine!”, read the invite.