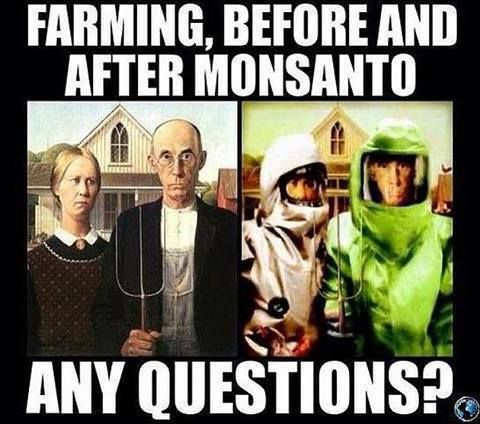 You are incompetent on these vital subjects

In a previous article on Donald Trump, I wrote: “I think Trump favors jobs, all jobs, and will go to extremes to create them…He’ll find ways to allow the FDA to license new drugs more quickly, thus maiming and killing more Americans. He’ll cast a blind eye toward big corporate toxic GMOs/pesticides.”

I want to strengthen that warning.

First of all, the FDA isn’t being too careful in their drug approval process, as Trump team members suggest. It’s the opposite. The FDA is in the pocket of pharmaceutical companies. The president-elect should take notice of the famous July 26, 2000, review in the Journal of the American Medical Association, by Dr. Barbara Starfield, a revered public-health expert at the Johns Hopkins School of Public Health.

Starfield concluded that FDA-approved medical drugs kill 106,000 Americans a year. That would be 1.06 MILLION deaths per decade. Speeding up their drug-approval work now, the FDA would add many MORE dead Americans to their “credit.”

On the issue of GMO/pesticide safety, I could cite many references which eradicate the official claim that these substances are safe. But let’s look at the primary facts surrounding the original approval of GMO crops (and their attendant pesticides) in the US.

When you cut through the verbiage, you arrive at two key statements. One from Monsanto and one from the FDA, the agency responsible for overseeing, licensing, and certifying new food varieties as safe.

“Monsanto shouldn’t have to vouchsafe the safety of biotech food. Our interest is in selling as much of it as possible. Assuring its safety is the FDA’s job.”

From the Federal Register, Volume 57, No.104, “Statement of [FDA] Policy: Foods Derived from New Plant Varieties,” here is what the FDA had to say on this matter:

“Ultimately, it is the food producer who is responsible for assuring safety.”

This buck-passing, the direct and irreconcilable clash of these two statements, is no accident. It’s not a sign of incompetence or sloppy work or a mistake or a miscommunication. It’s a clear signal the fix was in.

There was no science to back up the claim that GMOs were safe.

My belief, at the moment, is that Trump will screw all this up completely. His focus on jobs and the economy will lead him into doing grave damage—just as Obama has, just as Hillary Clinton would have.

The corporate media, their corporate experts and allies, and their government friends have low-keyed the whole GMO-pesticide-FDA horror show for a long time.

We need a president who will go against the tide.

On these issues, Mr. Trump, through ignorance, inattention, unconcern, whatever, is on the verge of becoming a Big Pharma Big Biotech shill.

The author of three explosive collections, THE MATRIX REVEALED, EXIT FROM THE MATRIX, and POWER OUTSIDE THE MATRIX, Jon was a candidate for a US Congressional seat in the 29th District of California. He maintains a consulting practice for private clients, the purpose of which is the expansion of personal creative power. Nominated for a Pulitzer Prize, he has worked as an investigative reporter for 30 years, writing articles on politics, medicine, and health for CBS Healthwatch, LA Weekly, Spin Magazine, Stern, and other newspapers and magazines in the US and Europe. Jon has delivered lectures and seminars on global politics, health, logic, and creative power to audiences around the world. You can sign up for his free emails atNoMoreFakeNews.com or OutsideTheRealityMachine.

View all posts by Jon Rappoport →
This entry was posted on 12 January, 2017 in homepage and tagged Donald Trump, GMOs, Jon Rappoport. Bookmark the permalink.