Here is a final round-up of Week Three reviews, and general thoughts about the 75th Edinburgh Festival Fringe. I have to report that I and my partner and co-reviewer, suffered from the generally unreported ‘silent covid’ which hit hard and caused us to leave the festival to isolate out of reach. I’m sure, many others suffered a similar fate. Not surprising, considering the general lack of masks or venue attention to preventative measures. One venue director claimed there were no rules and performers were allowed to continue even if tested positive. Irresponsible, in my book, but onward!

Once tested negative, I did return for part of the final week, and here’s an overview of some of the shows taken in. First, a visit to the Free/Pay What You Want fringe:

Edinburgh-based Irish stand-up George Fox’s ‘Night of the Living Dread’ (How could I resist a title like this?) at Monkey Barrel Studio was a rare, calming, delight. Although his set was themed around mental health over the covid years, it was delivered (on a low-volume microphone) in such a caring comedic way that the small crowd warmed to his every quip. Yes, there was a hard-edge to some of his material and, no, the millions of YouTube views of his drunken escapades may not give a true reflection of his talent, but live in a small room in Edinburgh, his sobering views on life were a marvel. Thank you, George.

What an absolute treat. I must admit to having missed the first few minutes of the show but was immediately immersed in this heart-wrenching yet hilariously performed tale of love, ridiculous legalities and, ultimately, temporary reward. Abigoliah Schamaun, a name and act to conjure with, is a brilliant comedic raconteur whose true-life story of falling in love with an ailing Brit and subsequent fight to stay in the UK, despite her absolute need, loving desire, and legibility to do so, is a revelation on so many levels. Raw, provocative, and passionately delivered, it is a set I would quite happily sit through again. Knowing that Abigoliah has only temporarily won her battle, I may have the pleasure of hearing the next chapter, but I also hope it may not be necessary. Brilliant!

I always try to be positive about all I see, but something about this show irritated. The first 10mins or more was getting to know their audience, and none of us seemed terribly interesting. Finally, the first set began. Sharon Wanjohi, proceeded to struggle with a faulty and totally unnecessary microphone (it was a low-ceiling tiny room), and although her delivery was charming, the constant attempt to involve us weakened whatever themes, or impressions, that were trying to get through. That said, I must admit, the small crowd cackled loudly throughout. It reverberated so much in my non-comprehending ears, I had to not so discreetly leave before the next set began. I apologize, Abbie Edwards, for missing your act, I’m sure it was not too shabby, and you both shall prevail.

more from the paid for fringE:

Brad Tassell and Steve Goodie (Igor and Dracula, respectively) have created a show that appeals to both children and adults alike. Filled with original Halloween songs, the duo allows everyone to enjoy the fun of Halloween. During the 50 min. show, I don’t think anyone stopped smiling. We danced, we did hand motions, and we sang along to their wonderfully fun tunes. I’d be remiss if I didn’t mention their jokes. Yes, some were groan worthy, but all will make you smile. If they come back, take the kids, or just yourself. You’ll forget all your troubles and experience the fun of life.

War of the Worlds (On a Budget): Lamphouse Theatre

Actor Tom Fox managed to compress 287 pages of H.G. Wells’ War of the Worlds into a 55 minute “solo” performance. Using homemade props and costumes, Fox plays 25 characters (including the walking machine and Martian) in a mesmerizing, comedic, narrative. One surprise to this performance was the inclusion of original songs based on Wells’ tale. The songs are smartly written, with some catchy tunes to boot. Fox performs them all, using a loop pedal for the harmonies. This one-man show is a feat not to be missed. Wherever you see it advertised around the world, go!

Written and directed by St. Andrews’ student Matthew Torkington, Double Crossed seems to be inspired by the atypical television cop dramas that flood the airwaves. The musical seemed a bit disjointed in its plot. This may be because it was a 50 min. cutdown from the 2½ hour original show. Though hampered by the lack of microphones, there were many bright moments. The brightest being the vocal prowess of Oscar Cooper (Inspector Lawson), and the stage charisma of Torkington himself (Inspector Morse). It would be interesting to see the entire production in a proper stage setting. Though a little clichéd, Torkington’s efforts should be applauded. There may be some great shows just waiting to be written. *Note: This review is the result of persistent flyering by the company and writer/director. Goes to show, hand to hand. mouth to mouth, advertising does work, despite the giant odds against the smaller companies who get overlooked by the press due to the PR machinery of the giant commercial sector. So, well done, to the Double Crossed team on all counts. * 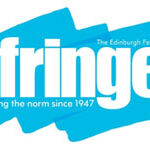 I know it may seem lazy but the best I can do is refer you to my summary of a few years ago. After what could have been a two-year covid gap of reflection and new beginnings, the festival returned with the same old problems for the participants. In fact, it presented more. There was no Edfringe App for folk to book and plan on the move. There was no Princess Street Half Price Hut where folk used to assemble in their hundreds each day. There were no large drums in the High Street where companies could put up their posters legally. The Box Office number only seemed to be manned during office hours from Monday to Friday, so no telephone bookings in the evenings or over the weekends. The Fringe Programme was launched a month late, and the list goes on.

In normal circumstances, these failings would cause a change of directorship and senior administrative personnel, yet all seem to be comfortably sat in the same positions of ineffectiveness. What will it take for the Fringe Society to wake up, and bring in a team who can successfully move the festival into the here and now? There is a backlog of issues which need to be addressed and a myriad of changes to be made in future years in order for the festival to achieve the true ethos of its early beginnings. It’s not enough to be the biggest, it’s about being the best, and about adding equal opportunity to its Open Access policy.

Meanwhile, I must confess to my own failings this year. Whether it be the haze left by the covid years, or a blip in my rebellious spirit, I, hypocritically, took my own show to one of the established commercial venues I have been fighting against for decades. For this, I beg forgiveness, and can only say, I was duly punished with a terrible bout of the virus, and a financially disastrous outcome, like so many others. Penance done, normal service shall resume, and I will return to the festival on my own terms again and continue the fight for all I wrote about here in the Open Letter to The Fringe in 2019:

And if that’s not enough, here’s a documentary made in 2013!

Absolutely finally, here’s a summary from 2018: 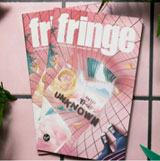 The Fringe Festival is too big, too many folk, through greed, or organized chaos, lose their shirt and/or gain nothing but drunkenness. It needs a make-over. Yes, it may be open access, but too many have a monopoly on the content and decision making. Is there an answer? Well, here’s mine, for what it’s worth:

1) The Fringe Society, or similar committee, put a maximum on the amount of shows any one Venue Operator, Entrepreneur, Producer, can register into the Paid-for Fringe – thereby preventing a monopoly of interest.

2) Likewise, the various Free Fringe operators put a maximum on the venues they can each run and amount of shows they can show, thereby allowing performers a better chance of success, and more quality product in the process.

3) It would be great to see a levelling of shows on offer too, a more equal measure of theatre/dance/music/comedy etc., and a 50% of ticketed shows and 50% free shows. Even better, would be for all to do the Pre-book or Pay What You Want option but, I fear, that is a long way off.

Agreeing with a fellow-fringer, it would be marvellous if the festival took one year off to reflect, reassess, and plan for a new era. A passionate coming together of all sides, old and new, could really make changes for the better, and launch a new model Festival Fringe to suit and serve all. Meanwhile, see you next year!

One Response to WEEK THREE AT THE 75TH EDINBURGH FESTIVAL FRINGE