WHEN WE SWALLOW LIGHT 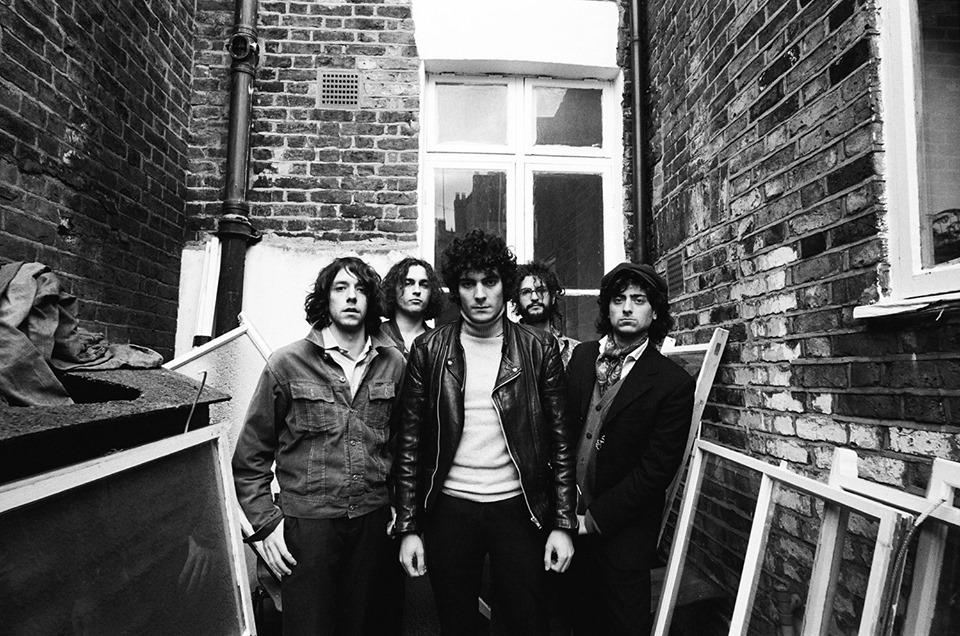 With all of the force of an exotic plant or flower breaking through pavement and earth, THE GULPS, an already seminal new band of passion fuelled internationalists, have made a seismic impact on the London Music scene. In little more than a year they have progressed with the same sort of drive and energy once displayed by the classic bands of the past, to build on their stunning first array of songs with a new album, produced by Youth for his own Youth Sounds label, that shows how unlike other would be copyists and pretenders currently soaking the scene, these young men are eager to advance, entertain and create new musical standards and resonances. Previewing some of their new album material tonight in a seven song set of fire, artistry and innovation The Gulps prove in just twenty seven minutes how hungry they are for both glory and permanence.

Opening song Stuck in the City is a mini manifesto for artful advancement. With an ambient phrase, skitter of drums, and evolving melody the song moves through a variety of styles before singer Harry All’s sneeringly bad boy vocal begins. Patterns and structures one would hardly expect from tyros at this stage of their career display an inspiring form of maturity. The Gulps have swallowed the greats of the past from the rawness of the Stones, via The Clash at their most visceral to Albarn-like touches of advancement, to reflect on musical form as a whole, rather than just the already accepted standards of contemporary appropriation. Mirror Mirror has a preen and strut that resembles the recent successes of The Strokes and The 1975, but which fuses those elements with a real sense of experimentation. One gets the sense that The Gulps are evolving not only as they record but as they play before you. The achievement of their first songs, such as the irresistibly catchy single My Girl From Liverpool is easily equalled if not surpassed by these new assaults on what it is possible within the confines of Rock and pop, no matter how far it chooses to roll. At This Feeling Bigin2020 with Carl Barat from The Libertines.

Unlike most bands The Gulps are all frontline players. Raoul Khayat on drums and backing vocals is a tightly wound rhythmn machine capable of suggesting a Bill Bruford like dexterity coupled with the power of Bonham, Baker and Moon. Simon Mouchard on bass is a Wildman of the lower end, Entwistlean in aspect and resonance but full of the fervour of any celebrated modern bassist, from Mani to Flea, while lead guitarist Franco Buffone is his own fretwork collective, containing every front runner from Dave Davies to Joe Bonamassa, with echoes of Sylvan Sylvain, Robert Fripp and Terry Chambers. At a time when actual players aren’t as celebrated in the same way as they once were, it seems important to state just how accomplished these young man have become.  Charlie Green, second guitar and chief songwriter with singer Harry All, seamlessly suggests everyone from Brian Jones to Alex Turner, while All himself has swallowed the vocalist bible with relish in order to produce his own gospel in which Mick Jagger, Liam Gallagher and John Lydon are his personal Holy Trinity. Born to be where and what he is, he leads the Band with an appetite that could replenish the most sated of patrons with an increasing need for sensation.

One can feel in the room not only the recognition in the crowd that this is a group that knows what they’re doing, but also just how different they are. The Gulps have played a number of showcase events over the last twelve months and no matter where they are placed, they are always the best on the bill. Authenticity can be heard alongside all musical aspects and this group shimmer with it. Their fire, passion, hunger and skill informs every note.  Watching them is like watching every great band you’ve ever liked moving not just through their set list, but also through the formative stages of a lasting career legacy. 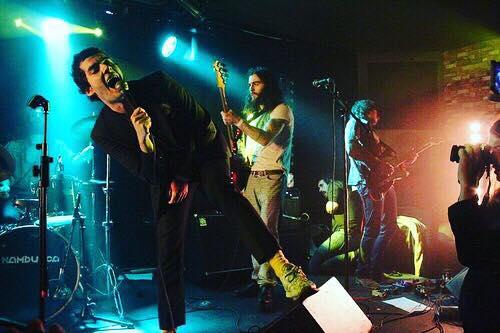 Photo by Ismael Diaz from This Feeling Bigin2020

Time Goes Bye has a Wonderwall like appeal that moves from the plaintive to the strident in under a minute, before easing the audience into their own sense of satisfaction and reformation. When a song sounds like you’ve always known it, but without resembling anything you’ve heard before, the test is passed and golden case rested. The interplay between the musicians has an effete briskness which stuns, with Khayat’s drums implore the audience to keep pace with the developments on offer.

The Ganga Boys has a Nirvana like power, and a tightness which impresses with Harry All positively swallowing the room with defiance and vitriol, while Art of War, title track of the forthcoming debut album  escalates from stateliness to a Foals like intricacy as the melody weaves its way through the air, while also involving an Ian Curtis like wail with a childish lullaby straight out of Village of the Damned. Earlier song, The King’s House is a stunningly played statement of psychedelic adventurism, displaying how The Gulps are keen explorers of not only all of life’s resources, but also of references, legacies and resonances beyond most of their contemporaries. In essence they are one band representing all of the five fiery  decades in rock that preceeded them, while still being defined and informed by the urgency of the one in which they are housed.

Closing song Out of Tune left no-one in the room on Saturday night in doubt that this a group that live music was made for. They explore each space they’re in and leave no inch unpopulated. Coming from countries as diverse as Spain and Lebanon, their range and understanding of what it means to be a modern rock band in the west in a pre, post and newly developing modern age is beyond question. As Harry All sings about wanting to spend his life with you, he is making no joke or flip comment. This is a band determined to stay at the forefront of their audience’s consciousness. They strive to fulfil and exceed your expectations and in doing so, are a group of young men to honour, celebrate and revere. Like anyone of their age and status, they seek glory, and they find some here, filling this exciting venue and event with a half hour of power and urgency that is undeniable. Beyond what anyone wants from a night out in music, The Gulps have inhaled expectation. Everything they write, sing and play is the active culmination of the enviable craft they show while still in their early twenties. As the years pass, all they can do is to become invaluable. If that is not the currency to keep the economics of the soul afloat, then I don’t know what is. So you must spend all that the heart can afford.

As with that exotic bloom bursting forth, The Gulps have the visceral need of a new born hungry for air. They have already tasted the first kiss of success. Their hearts and minds are open. What their gigs and songs call for is a clear point of meeting. As they swallow light we exhale it. This is the lesson in which every song student will learn how to listen and love.

View all posts by David →
This entry was posted on 18 January, 2020 in homepage. Bookmark the permalink.

One Response to WHEN WE SWALLOW LIGHT