Posted on 13 March, 2021 by Lawrence Freiesleben 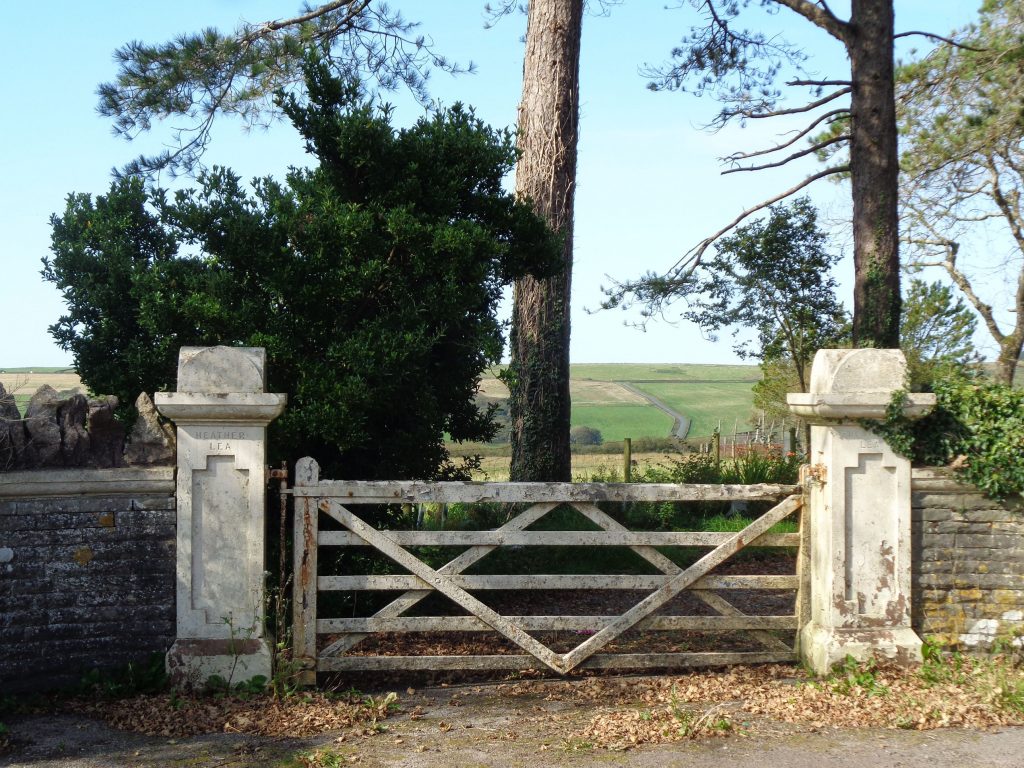 Variegated sunlight troubles the mind in passing, flashing the better life we might have had,
all administration and greed cancelled, the need to communicate, self-contained.
Such dreams will always lie beyond the burning human state – in the calmer
landscape of some ideal, contemplative country . . . along the lane and over the hill.

Its essence unfocussed, the village strays on. Chosen or accepted, its names proclaim
all over the place: Crossed Ways, Cazobel, Sunny Crest: How can anyone object to such
improvised freedom, its flashing light? its positive white-out?
Until the sunlight fades, this halfway house is whole: Fernbank, Silverwood, Boundless View.
Overcast, it dwindles into no-man’s-land; an unknown border; a stalking horse or
undelivered letter. Dark workbench in a mouldering shed.

In tenebrae such thoughts become threats. The vice, the bars, the vicious patrols.
Laugh it off of course – we are sheltered, miles from conflict
and the sun is back, flashing the windows of High Kintyre by Sunny Green.

Between bridge abutments blanking high embankments (a stride struck out) the lane drops,
the village appears to be coming to an end – yet stirs around a crooked signpost.
Other names proclaim that everything is possible, the narrow, the small, the local is dead.
But as what it has, (what we all have inside), breathes and dissipates, sun and shade, sighs
and concentrates, each atmosphere strikes towards hundreds of others. It knows in its walls
and paths, its nondescript bridge and the subtle cult of its telephone exchange, bereft, that
imagination is the truth for which the parade of reality is merely a sketch.

Another high window, a lookout, pillbox belvedere, ignores the river’s direction entirely:
forget that sparkle across the mind. Despite sundry prospects from dingy windows, this
house keeps itself curtained. Who has lived or will ever live within – to disregard the knocks
and stay concealed? Inward, deeply inward. A spider settles down another fly.

“Lacking heart, I’ve been going out for cycles endlessly. All day, to whiteout the hours,
moving through a present which so easily becomes the past . . . but the movement through
time and space is good.”

Mass-memory assault, myriad-minded, can never be here too often. In power or confusion,
it’s a good state to be in. The song of the ring roads. The high moors. The floating island
estates. There is no doubt that all time is eternally present – and that all of it is redeemable.

Though the silver of rivers may flood the mind,
can it prevent the roads and passing streets from feeling like one long retreat?
Can it provide all we have lost – what we are always losing?
Can it contradict the photo album and the endless arrangements?
Daily reality is a chimera we’ve allowed to form the apex from which we extinguish
ourselves. The axle point from which we extinguish the world.

That day was so dry, that through village, town and every rich nowhere between, the white
concrete kerbstones blared on the eyes. But with or without rain, I’m more alive when
moving,
hardly ever at the places I rest.

View all posts by Lawrence →
This entry was posted on 13 March, 2021 in homepage. Bookmark the permalink.