‘Who’s gonna grok the shape of things to go?’ 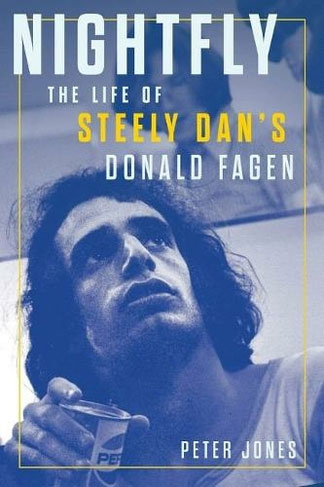 Steely Dan are one of those bands who divide listeners. Are they purveyors of smooth AOR blandness or sonic perfectionists? Do they subvert jazz rock, funk and disco, or just buy into the mega LP sales they could see other bands achieving? Were they taking the piss spending years and millions of dollars on each project or just obsessives? And why were they so smartarse and rude? Why did they insist on not touring and not even playing rock any more?

Steely Dan, whose moniker now remains with Donald Fagen after the death of musical partner Walter Becker (the duo who pretty much were the Dan after the first couple of albums), emerged out of a desire to escape New York City, where the pair were ensconced writing hit songs together as a day job. Their songs were too obscure, too reliant on jazz chords and key changes, for there to be many hits and eventually they moved out to Los Angeles, although many regard the band as somehow always intrinsically rooted in the Big Apple.

But for a good while Becker & Fagen bought into the coke-fuelled LA music business, forming a band, recording an album and even touring to promote it. They undertook interviews but didn’t help themselves with surly one-liner retorts or disinterested sarcasm, and eventually refused to tour, broke up the band and hired freelance session musicians for the albums that followed.

Later of course, they would make a comeback and reform, loosening up and seemingly enjoying touring; later albums sounded freer and more fun, the guys appeated to be having a good time. But back in the 70s and 80s they lived in the darkness of studios, recording endless guest parts and solos, mixing and remixing, and grappling with (and often losing out to) new emerging technologies.

Katy Lied (1975) spawned a couple of hits, the next year’s The Royal Scam sizzled and rocked from the word go. Both were lyrically enigmatic and musically shifty, often including the most unexpected twists and turns before resolving back into verse and chorus, and some kind of resolution or narrative ending. It was the next two albums, however, that broke the (record company’s) bank and, eventually, their musical partnership.

Aja (1977) and Gaucho (1980) are epic productions, featuring extended compositions and the cream of session musicians, plucked from day after day of recording. Michael Omartian’s keyboards drift across the former’s spacious, jazzy songs, whilst Gaucho is mostly overwound taut funk-rock, all hard edges and electric gleam under its crystal clear (over-)production. Both remain classic albums, great for the car stereo on long journeys, both are accomplished and focussed in a way that the previous two albums aren’t, although those more mixed-up albums are the ones I return to when I am listening at home.

Since then there have been solo albums by both Fagen and Becker, two new Steely Dan studio albums in the early 2000s, and a slew of tours (one of which I was fortunate enough to see in London), which have continued after Becker’s death in 2017. Live, the music slipped more towards big band arrangements, although more recently there have also been tours where specific albums are played straight through. Both studio and live albums sound warmer and looser. During the decades-long separation, Fagen returned to New York, Becker sloped off to an island somewhere, where he could indulge his drug habit without bother, and the guys hardly talked. No real animosity, just burnout and the need to be apart.

Peter Jones tells a more expansive version of the above in this new book. It’s well overdue, as there hasn’t really been a good Steely Dan book before. As a musician and writer, Jones is well situated to author this critical biography, although you get the feeling he sometimes chose to use his research to reaffirm previous ideas about the band. So, from the word go, the duo are portrayed as a cynical double act, and only as that; he also writes off Gaucho, which is an unusual stance, it has to be said, for a Steely Dan fan!

But he’s good at telling the story, or stories, of what went on and why. There’s enough technical information about recording and mixing for the geeks; sex, drink and drugs for the lads; musical explanation and criticism for the musicians and fans; and some authorial attitude to engage the reader, or this one anyway, including a dismissive tone towards most of Fagen’s solo output and the idea that he is somehow coasting and living off past achievements. Jones is also unhappy with the lecherous tone of many of the song’s narrators towards young women, perhaps confusing character with composer.

Personally I love the three solo albums Fagen has issued under his own name, and the second Walter Becker solo album too, despite its penchant for sloppy reggae beats, rough vocals and cliché guitar solos. It’s great fun, nothing more, nothing less; and that’s OK. In fact it’s strange that the book starts by questioning the smartarse comedic approach to lyrics and interviews but ends up wanting more, along with more outrage, more studio finesse once the guys mellow…

It’s hard to take, I know, but it’s true. Steely Dan now tour with the likes of the Eagles and the Doobie Brothers, both the epitome of MOR rock. Back in the day, Steely Dan’s ‘Everything You Did’ featured the putdown ‘Turn up the Eagles the neighbors are listening’, with the Eagles retorting in ‘Hotel California’ how ‘They stab it with their steely knives but they just can’t kill the beast’. Presumably they’ve either kissed and made up, or realised how to maximise their income streams. 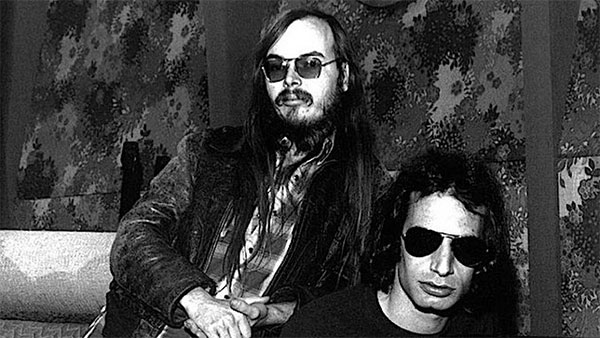 Although I disagree with Jones’ contention that ‘Fagen and Becker were postmodernists before many people were even aware of the concept, including perhaps themselves’, and also that irony is ‘postmodernism’s defining characteristic’, early on – in fact on the first page of his ‘Introduction’ – Jones offers a fantastic summary or conclusion of what he is about to discuss:

‘It is now clear that Fagen and Steely Dan were sui generis, their music painstakingly distilled from elements of rock, R&B, blues, soul, jazz, pop, country, funk, Brecht-Weill, Bach, and Stravinsky, along with Henry Mancini “faux-luxe” TV themes that mesmerised Donald as a child. So thoroughly did he internalize these sources that his own music emerged as something entirely unique.’

Spot on and well said. If you like Steely Dan, stories about musicians, recording studios, songs and shenanigans, this book is for you. File under ‘I already bought the dream’ or ‘show biz kids’.

View all posts by Rupert →
This entry was posted on 10 September, 2022 in homepage and tagged Nightfly. The Life of Steely Dan's Donald Fagen, Peter Jones, Rupert Loydell. Bookmark the permalink.

One Response to ‘Who’s gonna grok the shape of things to go?’