Why do anarchists go to war? 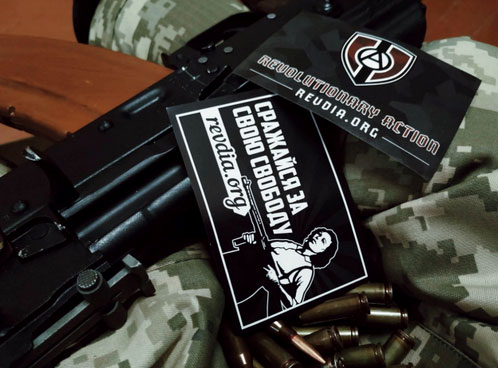 A statement by Rev Dia, anarchists from Ukraine that joined the self-defense units.

Many people still do not understand why the anarchists decided to go to war against Russia.

Partly due to Russian propaganda, which positions itself as an anti-fascist force that fights against Nazi Ukraine. Partly because many people see Putin as a fighter against U.S. imperialism.

The point is that this is not a war between Ukraine and Russia, but a war for the future of all the countries of the former Soviet Union (USSR). The Russian government has long been the guardian of the dictatorial regimes in the entire former USSR. It has supported them in difficult times, as it did in Belarus and Kazakhstan.

In Russia itself, a dictatorial regime was being implemented. With a total ban on freedom of speech and imprisonment for 15 years for participating in peaceful demonstrations. If Putin’s dictatorship wins the war in Ukraine, all this will not only become a reality for the Ukrainians, but will also be consolidated in Russia and implemented in other countries. For a long time there will be no possibilities to change this order. Moreover, this will give Putin the ambition to expand his dictatorship to other countries. Not to mention the fact that all activists of any kind of movements will be destroyed, including anarchists, regardless of what position regarding the war they supported.

The war in Ukraine might be the last chance to overthrow and abolish the dictatorship. That is why it is so important to use all possible means to put an end to the dictatorial horde.

Tweet
This entry was posted on 26 March, 2022 in homepage and tagged March, Rev Dia. Bookmark the permalink.

One Response to Why do anarchists go to war?