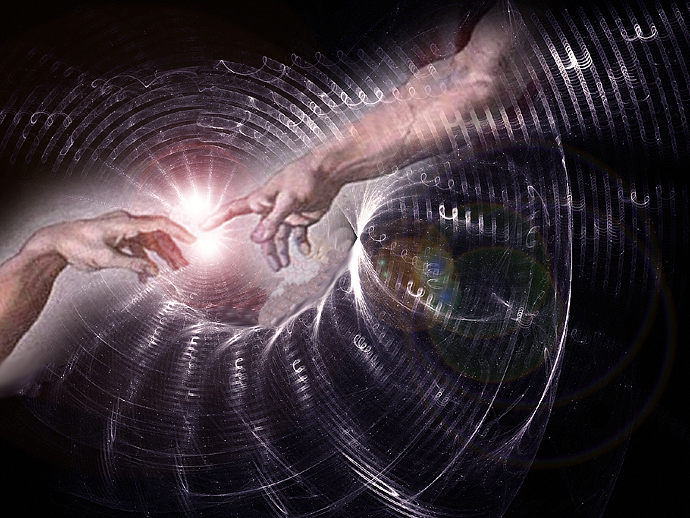 When I say art, I don’t mean movies in which alien machines attack shopping malls.

In the last 20 years, more and more people have become obsessed with Pattern. Finding it in events, information, energy, everything.

On top of that, governments search for patterns in their trillions of pieces of surveilled data.

The discovery, for example, that a flower and snail and a galaxy reveal identical mathematics is taken to indicate something sacred. Only a decline in IQ can explain such a conclusion.

One may as well fall into a worshipful trance because windows, tables, and moving vans reveal rectangles.

Art, however, isn’t based on pattern. And that becomes a problem. It stops the puerile mind in its tracks.

College literature professors deconstruct novels into “political power relationships based on oppression.” Never mind what the author was actually doing. The professors will make proper corrections. They’ll tune up their students to see Marx’s critique of capitalism in everything from Kafka’s Metamorphosis to War and Peace to Hamlet.

But art refutes pattern. It drops it by the side of the road. It communicates something far more complex, something that has no easy label.

People try to put art through a meat grinder of one fundamentalism or another.

Maybe they’d like to try that with the subject of love. They’d arrive at the same dead-end.

If all art has a message, it’s this: manipulation/control is a thief in the night; it steals life-force from everything it touches; without it, life and consciousness rise to new levels, and this experience is the gateway into the great unpredictable unknown, which people yearn for.

Art destroys the lowest common denominator, and that act is now considered a sin, because governments and their allied corporate partners are dedicated, under the false flag of “humanity,” to creating a dead sea-level commonality for all. A welfare-state of the mind and soul.

Great painters like Velasquez and Gorky, great poets like Hart Crane and Yeats, can’t be translated down into simple terms. Neither can the human mind. Unless coercion and surrender are the best political ideas the human race can offer.

People fear art because they fear mystery that doesn’t resolve into solutions. They sense that art is describing a reality in which imagination triumphs and therefore dissolves the context of repetitive daily life.

People want endless repetition. It soothes them like a drug. It confirms their rigorous conviction that options are limited and the game is simple and small.

Art refutes all that with a thunderbolt.