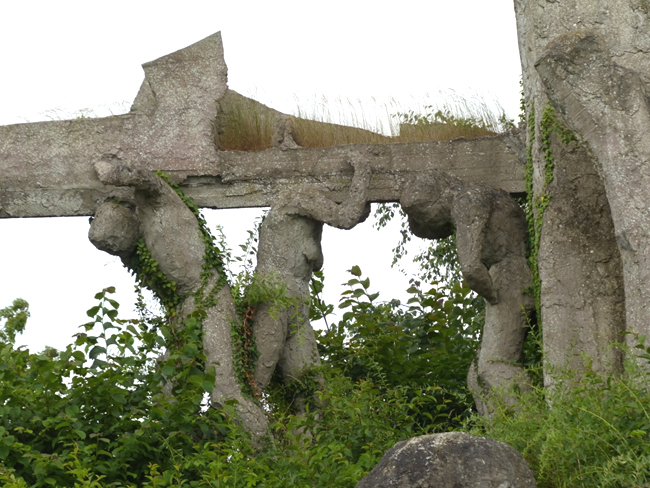 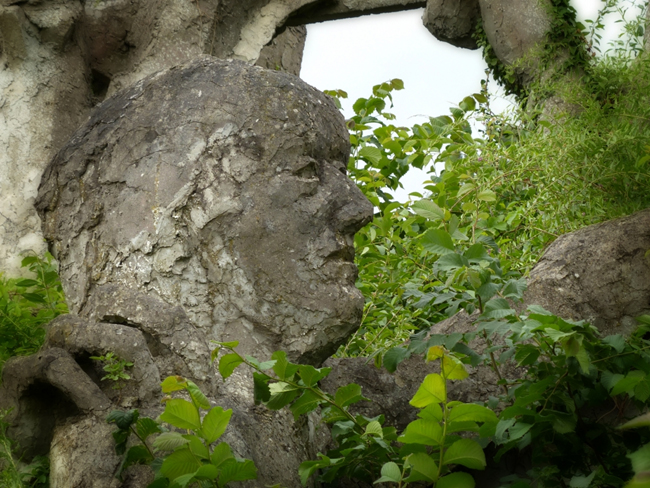 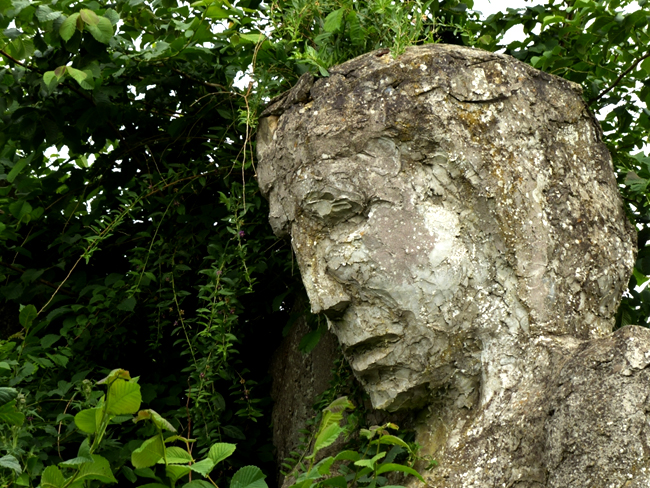 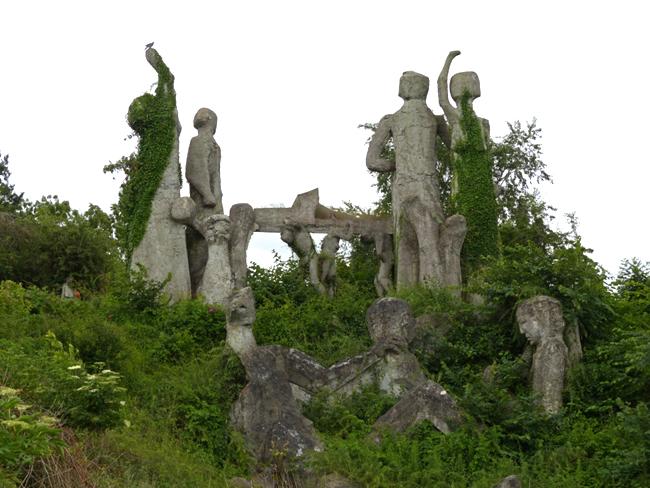 Edwin Westergren(1921-1992) was a sculptor, painter, poet, philosopher, etc., etc., who lived and worked and ran an arts centre in a former dairy in a Danish village called Østby (“East Village”). He was born in Sweden, and according to local lore he arrived in Denmark as a lost-property foundling in a suitcase.

After his death, his concrete sculptures, many of them unfinished, some of them very large, were left to the finishing touches of Mother Nature (to whom we all are equal), quietly turning into something quite literally “out of this world”.

What has since happened to these sculptures, I don’t know. Only the largest group, allegedly called “Will to Life”, is still standing on its hilltop: a wild, heroic landmark, gradually merging with the landscape.

Wherever it prods us to reflection, anarchy is art.

2 Responses to Will to Life