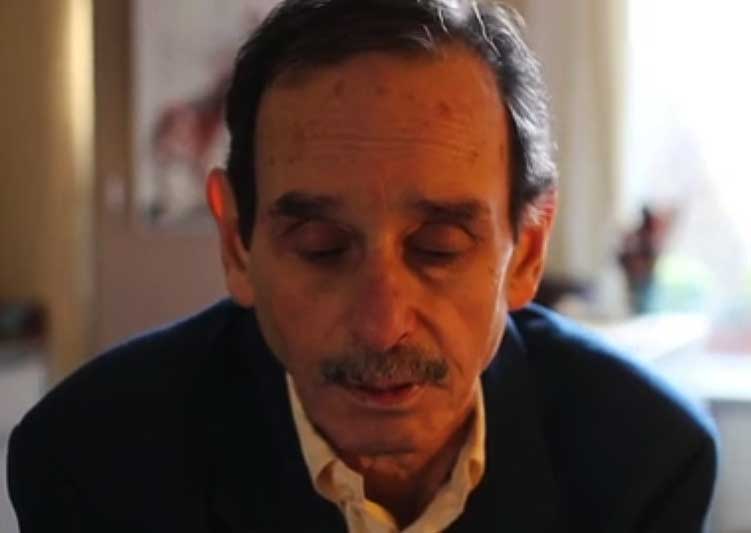 “Life is but a dream,

In the sixties and seventies, he was a founder and the chief-editor of magazines at the cutting-edge of the zeitgeist, such as The Insect Trust Gazette; International Times; Suck, the first European Sexpaper; The Fanatic. As well as the spontaneous site-specific journals: Sunday Paper and Poets Paper. More recently, served as European editor for American glossy fanzines High Times and Penthouse. And locally as an associate editor on Amsterdam stylezines Het Gewicht; Ins & Outs; La Linea; Virus; Atom Club; and also as literary advisor to Cold Turkey Press and Uitgeverij Bert Bakker.

His own writings have been translated into seven languages. Five books have been published in German. In 1997, his collected poems were published in Lithuanian — Kas pavoge vistyti? [Who Stole the Chicken?]. Anthologized on two continents in, among others, Stiffest of the Corpse; Cassette Mythos; The Ecstatic Moment; Coming Up: The World’s Best Erotic Writing; Chick for a Day; Highdelberg; Droge Leben; and Thus Spake the Corpse, vols. 1 & 2. He is co-translator of a number of belletristic works and art texts from the Dutch, as well as solitary items from Hungarian and Hebrew. Many of his own works have been exhibited in group-shows of remarkable printed matter. For example, in September 2006 at the Trolley Gallery, London, where it was favorably reviewed in The Times by artist Grayson Perry, winner of the Turner Prize.

Since 1987 produced and presented the exceedingly well liked Dr. Doo-Wop Show. “One of the most eccentric and stimulating radio shows anywhere, Sartre, De Sade, Doo-Wop and music from the gonads.” Heard weekly for many years in Amsterdam on Radio 100, now on Radio Patapoe, 88.3 FM. His prophetic meditation play Europe in Flames inaugurated the Festival of New Radio in New York.

Director and male lead of X-rated videos No Assholes and the litiginous When Extremes Meet. The bio-pic William Levy: Beyond Criticism, produced and directed by Malcolm Hart, premiered at the Portobello Film Festival, London, in August 2006. In addition, the docu-film Dr. DooWop: The Man Behind the Voice, directed by Michael Brongers (2008), has been screened in London, Nijmegen, Hull, Amsterdam and Hamburg art houses.

Impossible: The Otto Muehl Story (New York: Barany Artists, 2001), was published to synchronize with the Muehl exposition at the Musée du Louvre. A long-time AA Commune member acclaimed: “A fantastic biography with a touch of poesy. You understand what Otto’s philosophy and art is about.” Other releases are a buffet of pamphlets. Unmodern Observations: An Occasional Broadcast, is a transmission from the 100,000 Antennes Vrije Radio Festatie. Excess for All: Poetry & Pensees, the broadside from crazy spoken word lecture at the Sexual Freedom Coalition Conference in London. Requiem for Christian Loidl, a text document from threnody event in Vienna. And, A Fortnight in the Life: On the Job in Swinging London, a diary from that time. All published by The International Community (Amsterdam) in 2003, 2004, 2005 & 2006 respectively. Besides, in 2006, the texts from A Vilna Legend, much mutated, were published in a volume called Vibrato Light as Transactions of the Invisible Language Society no. 11 3/4. A special hymnography edition in the Invisible Language Society series, Dr. Doo-Wop in America: The Quest for Ecstatic Utterance, appeared in May 2007.

An American from Baltimore, Bill lived invisibly in The Kingdom of Netherlands assuming the stylite stance, until his death in April 2019. He was married to literary translator Susan Janssen, had one daughter, Swaan, and two grandchildren. A good cook, a shy populist. He adored dancing. Had been sighted along the canals talking to himself, making wild gestures, while cycling in a snowstorm

Share|William Levy (January 10, 1939 – April 22, 2019), also known as the Talmudic Wizard of Amsterdam[1], was an American writer, editor and former radio personality, plus the author of such works as The Virgin Sperm Dancer, Wet Dreams, Certain Radio Speeches of Ezra Pound and Natural Jewboy.

Before leaving the U.S. in the autumn of 1966 aboard the R.M.S Queen Mary, Mr. Levy attended the University of Maryland and Temple University and taught in the literature department at Shippensburg State College, in Pennsylvania. In the sixties and seventies, he was founder and chief-editor of many magazines such as: The Insect Trust Gazette, International Times, Suck, and The Fanatic. Recently, he served as European Editor for American glossy fanzines High Times and Penthouse magazine and as an associate editor of Amsterdam zines Het Gewicht, Ins & Outs, La Linea and Atom Club. Mr. Levy has been a regular contributor to Andrei Codrescu‘s Exquisite Corpse and Libido, and additionally published his own Transactions of the Invisible Language Society series. His meditation play Europe in Flames was also featured at the Festival of New Radio in New York. In 1998, Mr. Levy was awarded the Erotic Oscar for writing at London’s Sex Maniac’s Ball. Until his recent retirement from radio and for 20 years non-stop, Mr. Levy’s alter-ego, Dr. Doo Wop, could be heard weekly spinning groovy music across Amsterdam’s airwaves.

Until his death following a long illness, Levy lived in Amsterdam with his wife, the literary translator Susan Janssen (translator of many works of Charles Bukowski and of F. Scott Fitzgerald‘s The Great Gatsby).

Two coordinates on a map of low revelation

A Fortnight In The Life… On The Job In Swinging London

Tweet
This entry was posted on 27 April, 2019 in homepage. Bookmark the permalink.