Wish You Were Here? 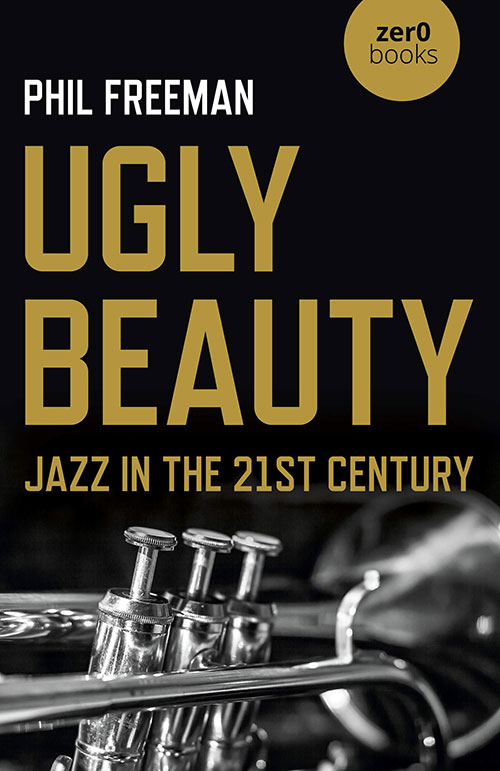 I was looking forward to reading this, but it turns out to be a bunch of record reviews (of individual or clusters of albums) vaguely grouped together in sections, with each section having a brief introduction. In fact the best part of the book is the main Introduction, which contextualises the book (written during pandemic) and considering the clusters of music Freeman sees as worthy of attention, of providing a way forward for whatever jazz is or can become.

He is also keen to note that ‘[t]he class structure that walled jazz off as music for elites, immune to the vagaries of the market thanks to academic support, has largely collapsed’, going on to note how streaming and social media has changed the market, just as the world is still full of ‘racism, sexism and general abuse’. This, Freeman argues, ‘only makes these artists’ work more important.’

I confess I do have some reservations about this line of argument. I’m no jazz purist, am all for hybridity and new music, but jazz hasn’t been hidden in an academic high tower for a long, long time. The likes of Miles Davis and his electric music, the whole jazz rock movement, New York’s (and elsewhere’s) downtown experiment, and the likes of Courtney Pine embracing hiphop and soul, have all previously helped place jazz within the melting pot of popular music, in both recorded and live forms. It’s clear that music, like many other art forms, has fragmented and been re-assembled, and that the net has facilitated the availability of any kind of music a listener could want.

Little of the music discussed in this book seems particularly new or innovative, and – at the risk of seeming like an old fart – I hesitate to see why some of it is considered jazz and not r’n’b (mark 2, not the rhythm and blues of yore) or soul, or how the ‘new’ spiritual jazz Freeman highlights is different from the spiritual jazz of John Coltrane, Albert Ayler, Pharoah Sanders and many others. Does putting beats behind a saxophone make it jazz? Or does layering a saxophone over beats make it hiphop?

Perhaps the problem is that Freeman still wants to call it jazz? But then that seems self-defeating, in the same way that the grouchy poet and music writer Philip Larkin didn’t want bebop associated with what he regarded as jazz. Or perhaps it’s that much of this music I simply find over-hyped and boring? I love Yazz Ahmed’s and Nubya Garcia’s albums, but Kasami Washington’s work is tedious in the extreme.

Freeman himself says that ‘[t]he term “spiritual jazz” is so broad that’s its effectively meaningless’, and I wonder if that should be extrapolated to include jazz itself, if not all music genres? What do we call music that draws on noise, collage, musique concrete, improvisation, contemporary classical, folk, jazz, rock, rap, r’n’b, pop and soul? Certainly not jazz, although Freeman notes that there’s ‘always been a sizable, if critically overlooked, audience for music that blurs the line between jazz, soul, funk and R&B’, citing labels such as Blue Note and CTI and specifically mentioning what became known as ‘Soul jazz’ or ‘smooth jazz’, noting that plenty of people would not accept these as jazz.

The get out clause of course is this statement in Freeman’s introduction:

‘In the pages that follow, which I encourage you to think of less as an encyclopedia and more as a collection of postcards, I will offer my interpretations of the music based on personal experience’.

In the end Freeman has chosen to visit and send missives from places that I have no inclination to visit, or having been once do not wish to go again. I don’t think the music discussed here is urgent or vital, nor that it provides a blueprint for a radical 21st century music. This book is, however, a snapshot of one person’s take on some types of contemporary sounds.

View all posts by Rupert →
This entry was posted on 2 April, 2022 in homepage and tagged Phil Freeman, Rupert Loydell, Ugly Beauty. Jazz in the 21st Century. Bookmark the permalink.