‘Taking me back’: Official video from the new Jack White album, ‘Fear of the Dawn’ to be released early 2022: https://www.youtube.com/watch?v=q8IbI626k8Y

‘Tis a dark, thumping, grinding listen. We can only as yet glimpse the whole album. Suggested to be a starker, DiY effort from his Third Man Studio. But it’s darker yet, if you can apply that in any meaningful way to Jack’s output. Yet, as always, Jack is a class act. 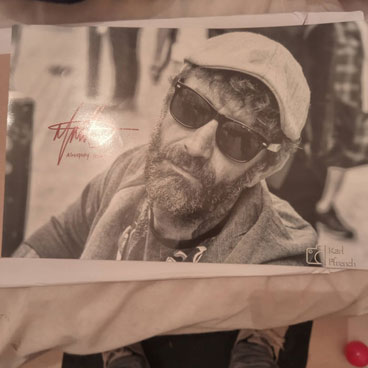 Mick the Busker has recently fallen into a black hole with another suicide attempt. This is the real shit. Mental health issues, alcoholism, homelessness, suicide. Passion from the Dublin streets. Watch, listen to Mick’s song and his words of wisdom, and think… He’s awesome, legendary… (he was also on X Factor and The Voice). Support him through Bandcamp: https://mickmcloughlinbusker.bandcamp.com/ 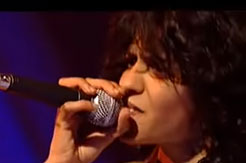 Burns Unit, live version of the song, ‘Send them kids to war’ from their debut ‘Side Show’ album, released in 2010, featured here from the Jools Holland ‘Later’ show: https://www.youtube.com/watch?v=WhFJJz-bd2s

This was something of a Scottish/Canadian supergroup and they are hard to pigeon-hole, based on the ‘Side Show’ album, which must be a good thing. They seem to have disappeared into the ether, splitting up amicably in 2012. But some stellar names in their line-up ‘back in the day’: 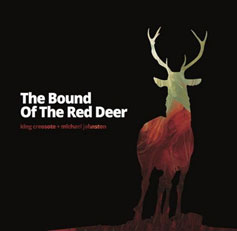 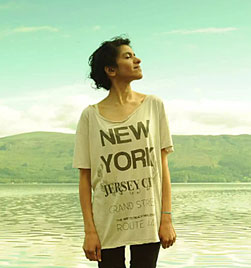 Her latest album is ‘The Arch’. Here’s a video from it. ‘Far from Home’: https://www.youtube.com/watch?v=DCHfwLQnhHI 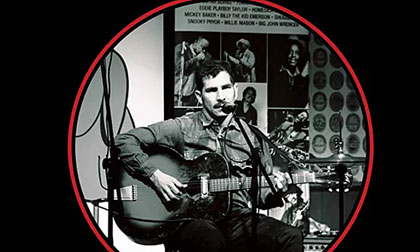 The Blues Against Youth is actually a solo project from an Italian blues singer/guitar player. New album for 2022 is ‘As the Tide Gets high and Low’.  Described as a “…country blues primitive one man experiment”, the singer-songwriter is currently on tour. As an album it has a pleasant freshness throughout the tracks. It feels younger and a tad more punky than many traditional blues offerings. A fair mix of styles, delta blues, mixed with a slightly edgy, gravelly vocal delivery. Picking the blues is evident on ‘Goin’ to East Texas’ and a gruffness of vocal approach slightly reminiscent of Son House/Captain Beefheart on tracks like ‘Blue Muse’. For Gianni Tbay latterly based in Turin, this is his sixth album. He says that it is, “A tribute to the Blues and those that never made it to success.”

He’s very obviously a hard-working, gigging troubadour having been on tour with, and played stages with the likes of Watermelon Slim, CW Stoneking and Bob Wayne. Certainly, his album conjures up images of past giants of country-folk-blues such as Doc Watson, with slight echoes of John Fahey and Davey Graham. I suspect he also still does a fair amount of busking. Website (but it doesn’t appear to be exactly up to date): https://www.thebluesagainstyouth.com

Here’s a recent video that Gianni has posted, but it is not one of the tracks from the new album. It’s much more Johnny Cash: https://www.youtube.com/watch?v=KOLRFqEm9MY 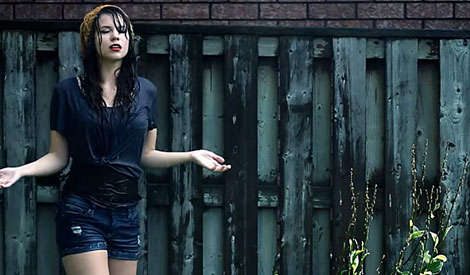 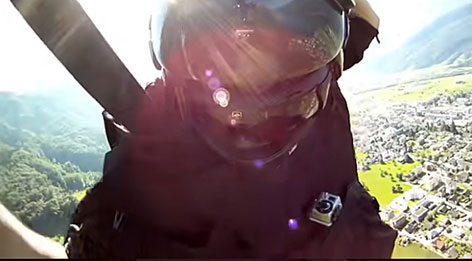 And from ‘Grinding the Crack’ video – also unofficial, by Sky-jumper, Jeb Corliss: https://www.musictelevision.com/2012/05/awolnation-sail-official-and-unofficial.html 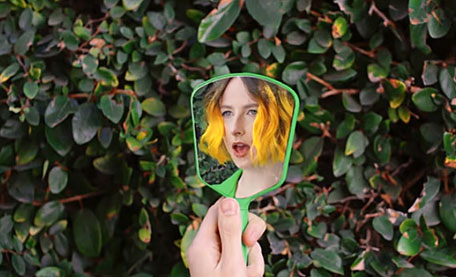 Tessa Violet has gone on to become something of a pop icon. A purveyor of poppy, musical popcorn! 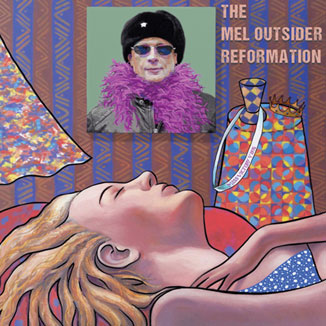 ‘Miss Victory V’. A new album, releasing early in 2022, alternative Indie music from the oblique musical chameleon that is the Mel Outsider Reformation. A curious collision of styles, to my ear, possibly pausing to take a musical nod or two towards many soul, rock, pop icons of the 1970s. These include Joe Cocker, Dire Straits, the Righteous Brothers, even David Bowie and David Byrne. It’s Old Skool music that seems both timeless and stuck in a time warp!

It reminds us of an older, simpler world. Music that makes you smile. Catchy tunes, clearly sung and sometimes snarled lyrics. Songs about everyday life and loves. Mel told me: “The songs are observational snapshots filtered through the mind of a rock star who never was.” Songs of quest and sometimes disillusionment. Plenty of ‘stories’ from life-experiences, for instance: Mel says, “The Lancashire factory girls of yesteryear remind him of working on the fairground Waltzers as a teenager and a lost weekend in Blackpool with crowned beauty pageant winner ‘Miss Victory V’ .”

It’s a good listen – with a real vintage feel to it. A warmly professional record, crammed full with class musicianship. Mel himself has been around the musical block for many years with his original band, The Outsiders. He can change vocal style from a poppy, bouncing balladeer, through metal front-man to art-crooner.  The album’s musical director is bassist, Matt Pawson.  An album lovingly recorded and produced by Mark Jones, who has worked with such luminaries as Patti Smith, Goldfrapp, Tom Jones and Sean Ryder’s Black Grape. Strong backing vocals from Hayley Gaftarnick and Ellie Coast and some fab brass contributions from Andy Morrel. Plenty of ear-worms – and it is almost a Musical Pop Quiz of an album: “Sounds Like?”  Here’s the video for ‘Disley Blonde’: https://youtu.be/TY0alSo_MhQ    And, website page is: https://www.meloutsider.co.uk

Slightly risqué: Try it at home (but perhaps not in public), “Touching Yourself!”, whilst listening to Wet Leg: ‘Wet Dream’: 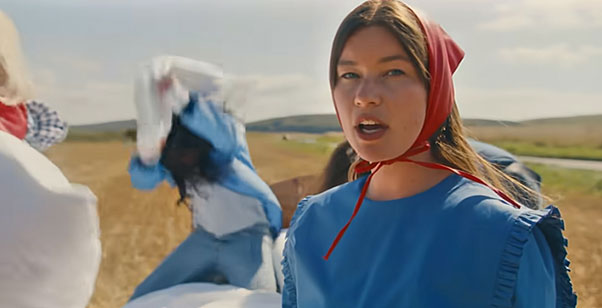 “Yeah you, in the front row…Are you coming back stage after the show?…on the chaise longue! All Day Long…”

Fab Garage. Naughty. Infectious. Fancy seeing them live. A two-piece band from the Isle of Wight, featuring Rhian Teasdale and Hester Chambers. They seem to have only released two single tracks as yet on Domino Records. Definitely ‘special’.

An even dodgier version on ‘Later with Jools Holland’: https://www.youtube.com/watch?v=JhrrOSU80-8.

And here’s the latest from Wet Leg – ‘Too Late Now’. Their first album is apparently due for release in April 2022: https://www.youtube.com/watch?v=UB3PJwPMHzQ

I really think that Frank Zappa would have loved them. They’d have been Perfect Mothers!

Tiny Tim was an enormous hit with the original Isle of Wight Festival crowd. I was there – a consummate Showman. An enormously talented, strange geezer, with a vocal range that was extraordinary. Here, Tiny Tim sings ‘Great Balls of Fire’ at the Hollywood Palace January 4, 1969: https://www.youtube.com/watch?v=awj_kv6pb7o