You are Beautiful and You are Alone: The Biography of Nico.

You are Beautiful and You are Alone: The Biography of Nico

Thoughts on this new Faber paperback book by Alan Dearling 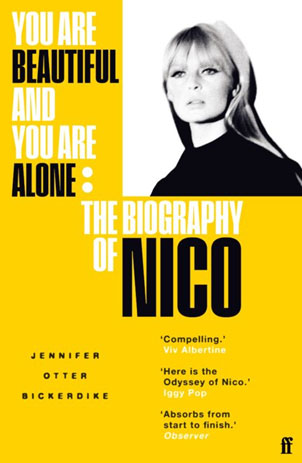 Serious, meticulously researched, but fascinating and sometimes downright, rough and murky and too!

Nico – the Icon, has frequently been seen as mysterious, dark, melancholy and ultimately a mix of high-end art, unlistenable music, and a life characterised by a drug-fuelled descent into a bleak, nihilistic END-game. In many ways this book adds detail to that tapestry of the life of Christa Paffgen (or Schulz, her father’s surname). She was one of the first photographic-supermodels, working with the likes of Vogue and Coco Chanel, and, as an actress in Federico Fellini’s film, ‘La Dolce Vita’. She is largely portrayed as aloof, imperious and headstrong. But to that, her biographer adds the perception that Nico was seriously wounded, frightened and lonely. 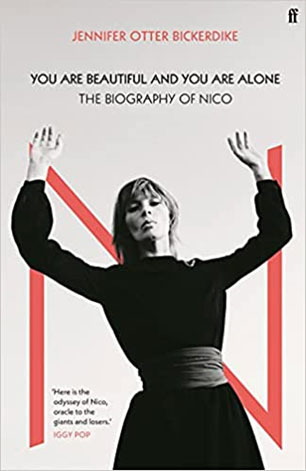 Bohemian, and mover and shaker in the USA, Danny Fields, sums it up in an interview for the book:

“She was very scary…she was so impressive to look at that boys feared her.” 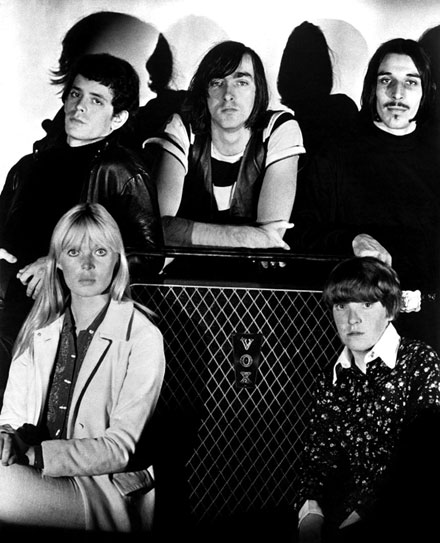 Her extraordinary looks – her Germanic, striking features – brought her to the attention (and beds) of many musicians such as Chet Atkins, Jim Morrison,  Bob Dylan, Leonard Cohen, Brian Jones, Jackson Browne, John Cale, Lou Reed, and actors Jeanne Moreau and Alain Delon, whom Nico claimed was the father of her son, Ari, born in 1962. As the book clarifies, Ari was ‘parked’ out around the world with Nico’s mother and grandmother, at times with Alain Delon’s mother, and even left with Dylan for a while during a holiday in Athens. At other times, Ari was at Nico’s side, especially during her brief time with Andy Warhol and his Factory full of rather wonderful ‘outsiders’, freaks and all-round dodgy characters!  Her attachment to Andy Warhol’s band, The Velvet Underground, didn’t prove popular with the band members. She was an appendage rather than a full member. She was only featured on the first album. But that has proved ground-breaking. Apocryphal! The biography isn’t particularly focussed on her music/albums. It really is much more about Nico and her gradual self- and sometimes mutual-destruction of all around her. Probably ‘All Tomorrow’s Parties’ was her finest Velvet’s moment.

Here’s a scary version of Nico, cigarette in hand, performing the song. It’s very indicative of her persona and presence. An ice-goddess:

The book is crammed full of original interviews which paint compelling vignettes of different images of Nico. But drugs, sex, travel, touring, disintegration and sometimes regeneration, coupled with Nico’s own determined ambition to be a major singer, are significant elements in the complex story of Nico’s life. As Paul Morrissey, film-maker with the Factory, said, “She was spectacular…she had a magnificent deep voice. She was extraordinary looking. She was tall. She was somebody.”

Personally, I saw Nico in a solo show at the University of Canterbury around about 1970. It was a low-key show in the bar area of one of UKC’s colleges, featuring her ‘Marble Index’ material, accompanied by the drones of the ever-present harmonium. Bleak, spectral, haunting and haunted. Also, about this time I also watched MC5 and The Velvet Underground perform in Canterbury at a live theatre show. The Velvets seemed to be just going through the motions, whilst MC5 gave a noisy, messy performance. Post, The Velvets, her first solo album, ‘Chelsea Girl’ is perhaps her only cursory nod towards the mainstream, orchestrated world of pop music. For some, like musician, Mark Lannegan, “I think it is one of the greatest records of all time.” Nico was never happy with it, saying in an interview, “I can’t relate to it all.” I think it is rather naïve and quirky, but interesting, especially as most of the tracks were written by her former lovers, including Lou Reed, Jackson Browne and Dylan. At times, it actually reminds me of Nick Drake. Here’s the track, ‘The Fairest of the Seasons’ by Jackson Brown and Gregory Copeland: 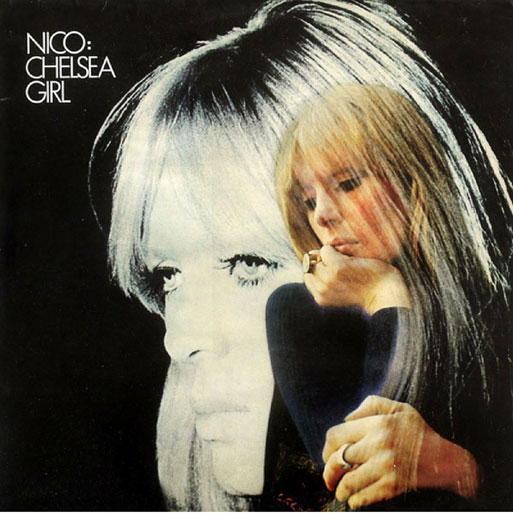 Nico’s life was raw. The book is populated with accounts of her living in dingy flats in Manchester and Brixton. Yet she seemed to thrive on cigarettes, drugs and alcohol, swirls of depression, even visits to local English ‘local’ boozers. But she was perhaps closer to her friends in England than elsewhere in different places around the world and her dalliances with more eminent ‘stars’. She was always tinged with more than a hint of the ‘heart of darkness’. By the completion of this detailed story of her life, one is saddened. Uncertain if this was the creator who failed, or, that she had become a victim, who was failed by others around her. One senses that she was scary and lonely to the very end of her life, even though she was off heroin towards that somewhat inevitable conclusion, more involved with her singing and writing at the point, when she died of a cerebral haemorrhage in Ibiza in 1988 at the age of 49.

The End, Nico in concert: https://www.youtube.com/watch?v=IVaaj6ZlECw

Nico: “I realize that one does not die and then is dead. It continues, only in a different form. There is no escape.”

Tweet
This entry was posted on 20 August, 2022 in homepage and tagged Alan Dearling. Bookmark the permalink.