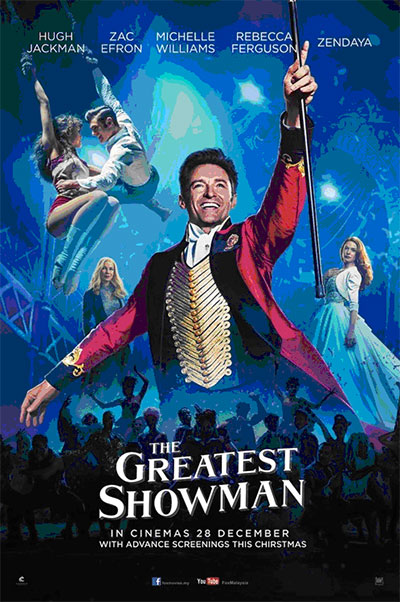 There are conflicting opinions of this movie, but it took me back to the good old days of film musicals – a good book (albeit that it reshapes PT Barnum’s history a little), great routines, and a hummable popular score, courtesy of some of the La La Land team, who are also behind the Tony Award winning show ‘Dear Evan Hansen’.   Hugh Jackman and Michelle Williams, a little old for the younger Barnums, still manage to convey a youthful spirit, and sing and dance a storm, as does Zac Efron, who has a wonderful acrobatic rope-swinging duet with Disney Channel’s mononymous ‘Zendaya’.  Swedish-more-English-than-Mirren Rebecca Fergusson is pitch perfect as opera diva Jenny Lind, even though her spine-tingling song is sung by US Voice contestant Loren Allred.  All in all, this is a musical that before too long will be following the ‘from screen to stage’ trend of recent years, and I predict it will run and run, or I’ll eat my top hat! 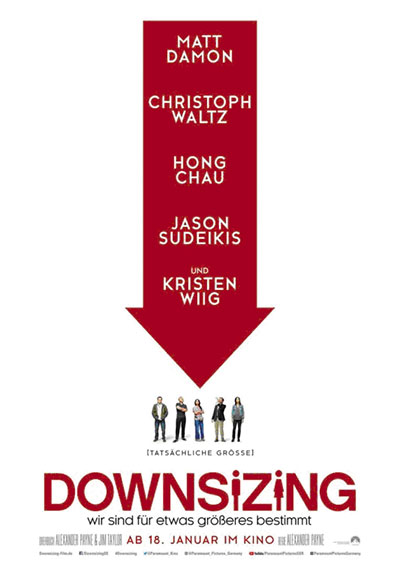 Alexander ‘Sideways’ Payne’s film, after several cast changes, finally made it to the screen and, strangely, the trailer and prepublicity suggest a comedy (some of the trailer comedy moments don’t even appear in the film), but this is far from a comedy.  A little overlong, perhaps, but once Christopher Waltz and the brilliant Hong Chau arrive, the film really takes off.  In a nutshell, the plot revolves around the notion that no matter how small our physical selves become, the same problems will exist, some will choose to escape the reality of the world we’ve created, and others will choose to stay and help the disadvantaged.  It’s a pretty bleak concept, and there are humorous moments, but the message of hope still shines through, and I predict in years to come it will be revisited, and lauded, for the poignant science fiction drama that it is. 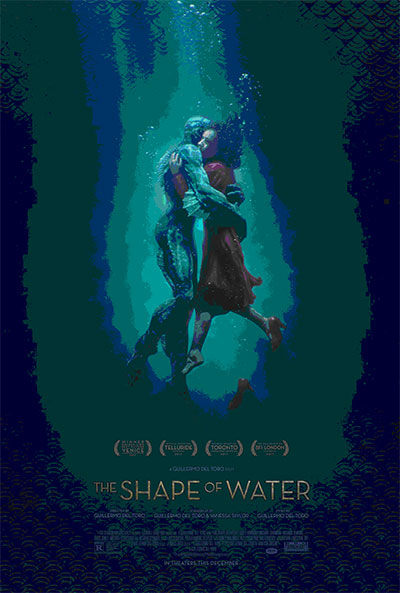 This is Beauty and the Beast meets Creature from the Black Lagoon, an adult fairy-tale from the mind of Pan Labyrinth’s Guillermo del Toro.  The film is beautifully shot, and constructed, but it feels a little like a marvel comic version of events at times, particularly when Michael Channon’s baddie appears.  Britain’s own Sally Hawkins plays the mute janitor who falls for the creature, and very credible she is too, even as she sings and dances in one of the fantasy in a fantasy sequences.  The underwater segments, shot in smoke with added bubbles, look ravishing, and the creature with a heart is beautifully realized.   Tipped as one of this year’s best films, and set for Globes and Oscars, which I’m sure it will claim, as good as it is, the film is not a classic for me, and in a way, shows what a poor year for great movies this has been.  The Greatest Showman would win my vote. 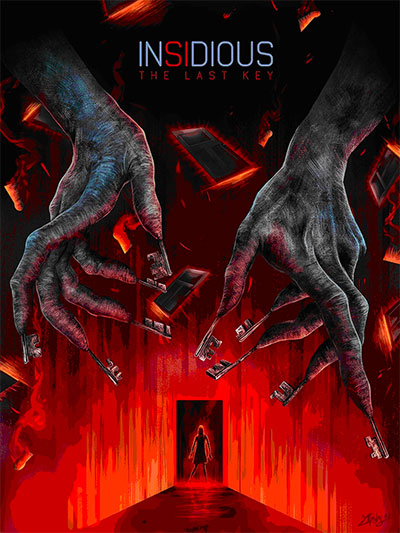 The first three Insidious films are full of frights, humour, and imaginative horror storylines.  The last in the series, which is a prequel to the third, still has the frights and humour, though one running gag fails to hit the mark, yet there seem to be too many convoluted ideas.   The first part, the set-up for the later possessed location, centring around the childhood terrors of the future protagonist of the film, parapsychologist Elise Rainier, has all the atmospheric hallmarks of its predecessors, but the second part, jumping decades later, doesn’t quite come up with the goods.  Lin Shaye’s sure-footed reprise performance of Elise Rainier apart, the unfolding multi-layered plot seems desperate to tie up too many loose ends, and only satisfies once the intro to the third Chapter begins, leaving us wishing we could rewatch the sequel.  Still, I predict I will see it again, it’s too insidious not to.

Tweet
This entry was posted on 10 January, 2018 in homepage and tagged kevin short, Movie reviews. Bookmark the permalink.