Beatdom #19: What to Expect 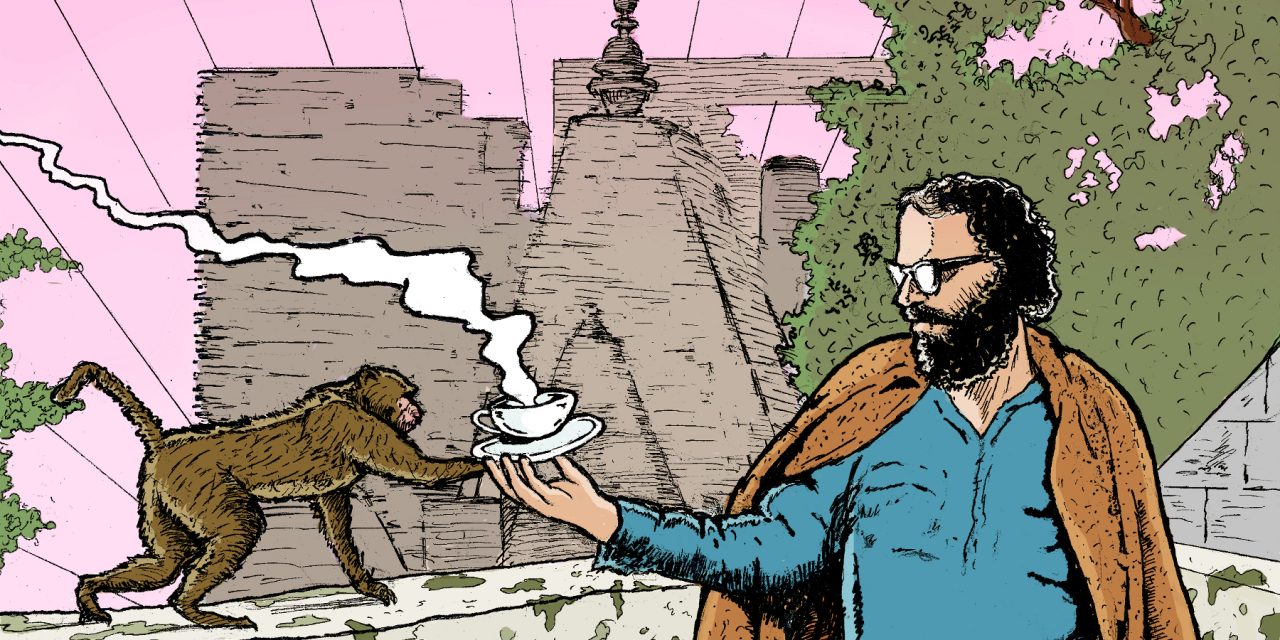 In April, we will release the long-awaited Beatdom #19. Here is what you can expect from the latest edition of your favourite Beat journal:

Philomene Long: Beat Seeker on the Road That Was Not There, by Ryan Mathews

The Beat Generation, however you define it, produced a handful of superstars – Kerouac, Ginsberg, Corso, and Burroughs – who went on to become permanent fixtures in the countercultural pantheon. But it also birthed thousands of writers, artists, and musicians whose names are rarely, if ever, found on the now burgeoning shelves of scholarly tomes assembled by Beat anthologists, bibliographers, linguistic and gender theorists, cultural historians, critics, and commentators. And, when their names do appear, it is too often as footnotes, passing mentions, artistic afterthoughts.

These are the, “Lost Beats,” and their work matters too.

Philomene Long falls somewhere between pantheon and footnote. Unlike the Lost Beats she left behind a significant body of work – prose, poetry and film. Her words can even be found permanently engraved into the concrete walls of the Venice West Beach Poet’s Monument, along with those of her friends, lovers, and husband – Charles Bukowski, Tony Scibella, Frank T. Rios, Wanda Coleman, Stuart Perkoff, and John Thomas, amongst others.

A political poem by Eliot Katz, author of The Poetry and Politics of Allen Ginsberg.

Snyder, Kerouac and the Dharma, by Simon Scott

Gary Snyder was and still is the original Dharma Bum. Jack Kerouac, with his ground-breaking novel On the Road, introduced the mythical bum or hobo (“beat”, yet holy) into the popular imagination of America and then the world, and sparked (apparently without wanting to) a cultural and literary revolution whose reverberations are still being felt even today. But it wasn’t until Snyder entered the picture that the Dharma was really added into the mix as a key ingredient, and Buddhism (with Japan as the primary source of insight) moved from the periphery to a place of prominence on the Beats’ literary canvas.

Insanity in Ginsberg’s and Epstein’s Howl from a Foucauldian Point of View, by Türkü Naz Altınay

Almost 70 years after it was first published, Ginsberg’s poem “Howl” stands as a colossal monument dedicated to the “best minds” of his “generation destroyed by madness”. It is a manifestation of the madness and insanity of a whole generation after the Second World War, whose great hopes of long-term peace, and of prosperity and relief, had been annihilated, and of a generation that was decentralized politically, morally, emotionally, and existentially. These were the children and grandsons of the Lost Generation, who were raised in the desperate barren lands of T.S. Eliot’s “Wasteland”, who “cannot say, or guess, for you know only / A heap of broken images, where the sun beats, / And the dead tree gives no shelter, the cricket no relief, / And the dry stone no sound of water”, and whose holy souls were burnt down under the incendiary light of “Moloch”, who were defying the norms of the status-quo and “machinery of the night”. The main and sole purpose of this essay is to concentrate on the bliss of madness in Ginsberg’s “Howl”, and thus in the film Howl by Rob Epstein and Jeffrey Friedman, as a confrontation and defiance of the status-quo and tools of power – the very tools that strip the population of thinking, dreaming, and experiencing life to its fullest extent whilst governing the minds and souls by stifling the space of mind, physical existence, and also thinking capacities in the general sense.

Gregory Corso loved Jack Kerouac and Jack loved Joan Haverty, his second wife, loved her at least for a month or two. Joan loved Jan Kerouac, their daughter, although Jack barely owned up to her. Jan loved her daddy. Joan Haverty said she had the same hands as her daddy, and he in his cups said that she could use his name to publish a book.

Review of Don’t Hide the Madness

We review Don’t Hide the Madness, a long interview between William S. Burroughs and Allen Ginsberg, edited by Steven Taylor and released in 2018.

After Cézanne, by Connor McDonald

During the fifties, the poet Gary Snyder introduced both Ginsberg and Jack Kerouac to haiku, a poetic form in which Ginsberg found the means to emulate the effect produced by Cézanne’s aesthetic technique: “just as in the haiku you get two images which the mind connects in a flash”. A decade later, Ginsberg’s statement for Writer’s Digest would trace the origins of American haiku to imagists such as Ezra Pound, noting that Pound turned to Chinese characters to juxtapose the “spacetime data” received by the senses through “clear word-pictures” that paralleled Cézanne’s representation of such data by contrasting planes of colors and geometric shapes. Thus, from the flashes of sensation elicited by Cézanne’s paintings and haiku’s verbal imagery comes Ginsberg’s “Howl.”

While he lacked Jack Kerouac’s rugged good looks and publishing contracts, William Burroughs’ longevity and gravitas as a couterculture éminence grise, and Allen Ginsberg’s skills as a self-promoter, archivist, and multi-generational trickster, there’s no question that Martin “Marty” Matz is, as Kerouac family biographer Gerald Nicosia once said, “… the lost Beat genius.”

The majority of his work is, in fact, probably quite literally lost, the casualty of a peripatetic lifestyle characterized by what – even by Beat standards – can only be called an excessive preoccupation with drugs, alcohol, brushes with the law, and, above all, a search for his Muse. As Romy Ashby and Foxy Kidd, the Editor and Publisher of IN THE SEASONS OF MY EYE (2005), the only anthology of Matz’s work, explain, “It would be impossible to put forth The Complete Works of Marty Matz, since no doubt there are poems floating around all over the world that we don’t know about.”

While the story of his life borders on myth at points, one thing is clear – the Beats, the real Beats, loved both Marty Matz, the man who Ira Cohen called, “the last of the outlaw poets,” and his poetry.

‘The Silent Generation’:  Sexuality and the Code of Cool in the Female Beat Memoir, by Harry Lowther

Joyce Johnson wrote in her 1994 foreword to Minor Characters: A Beat Memoir that “we were the Silent Generation but would have greatly preferred being the Lost one”. The women of the Beat Generation have, to the wider public, been both silent and lost, background characters in the stories of their more widely celebrated male counterparts. Encouraging some critical reappraisal of their roles in recent years, several women of the Beat Generation have released memoirs of their time spent as part of the 1950s bohemian scene, proving, as Hettie Jones says, that they were “more than black stockings on spread legs”.

I picked up the phone that day and learnt that Ira was gone: no more of his voice that made so many people laugh, so many people happy. I hated the fact that I wouldn’t be able to hear his voice again.

I guess Gregory figured when it came to unhappy childhoods, not even he had anything on Billy, who with complete accuracy had written a tome called Cursed from Birth. Billy was about the only person where Gregory drew a line about stealing or mooching drugs from. Even morphine.

Asia had long been a source of inspiration and fascination for Allen Ginsberg by the time he finally set foot on the continent. As a precocious child, he had been curious about the great ancient kingdoms of India and China, and equally delighted in reading about the contemporary political climate of the region as he moved into his teenage years. Walt Whitman, one of his major literary inspirations, had impressed him deeply with a poem called “Passage to India.” His friendship with William S. Burroughs, begun at Columbia in 1944, pushed him to believe in Oswald Spengler’s theory of western decline, with Asia rising in the east to supplant the falling empires of Europe and North America, and later Jack Kerouac introduced Allen to Buddhism. Friends like Gary Snyder and Phillip Whalen nurtured this nascent interest as it grew during the fifties. In 1953, he developed an obsession with Asian art that grew into a belief that the ancient East possessed an unrivalled sophistication.

UPDATE: Beatdom #19 is now on sale. You can buy it here. The button below also still works.

You will be able to purchase Beatdom #19 from Amazon in April. However, if you would like to ensure you get your copy first, and also support Beatdom, you can pre-order through the button below. If you don’t like Paypal, e-mail editor@beatdom.com to discuss other methods of payment.

Zoning Released
Fantastic news! Readers, as you await the release of the ninth issue of Beatdom magazin…
B10 – What to Expect
Issue Ten is the Religion issue of Beatdom, and as such, pretty much everything from cover…
Announcing the Acquisition of Beat Poetry by Larry Beckett
Beatdom Books is delighted to announce the acquisition of Beat Poetry by Larry Beckett, du…
B11 On Sale
After a few printing-related delays, Beatdom’s eleventh issue – our very special 5th anniv…
Our Cover Collections
Since 2010, Beatdom has been publishing books in addition to the literary journal. So far …
Announcing The Sane Asylum
This month, we are pleased to announce the release of the sixth Beatdom Book… 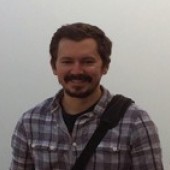 David S. Wills is the founder and editor of Beatdom literary journal and the author of Scientologist! William S. Burroughs the Weird Cult. He travels a lot and currently lectures in China. He also runs an ESL website. You can read more about and by David at his blog, www.davidswills.com or on Tumblr. 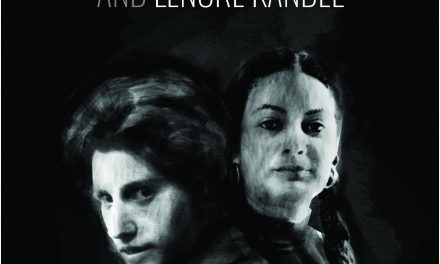 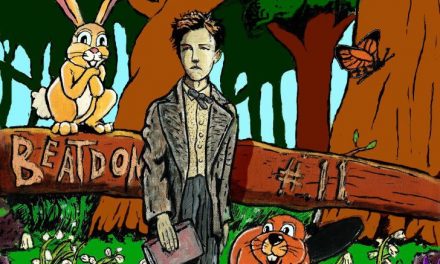 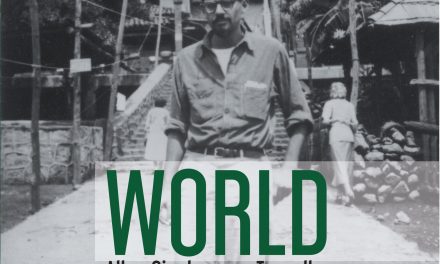 Our Most Recent Book 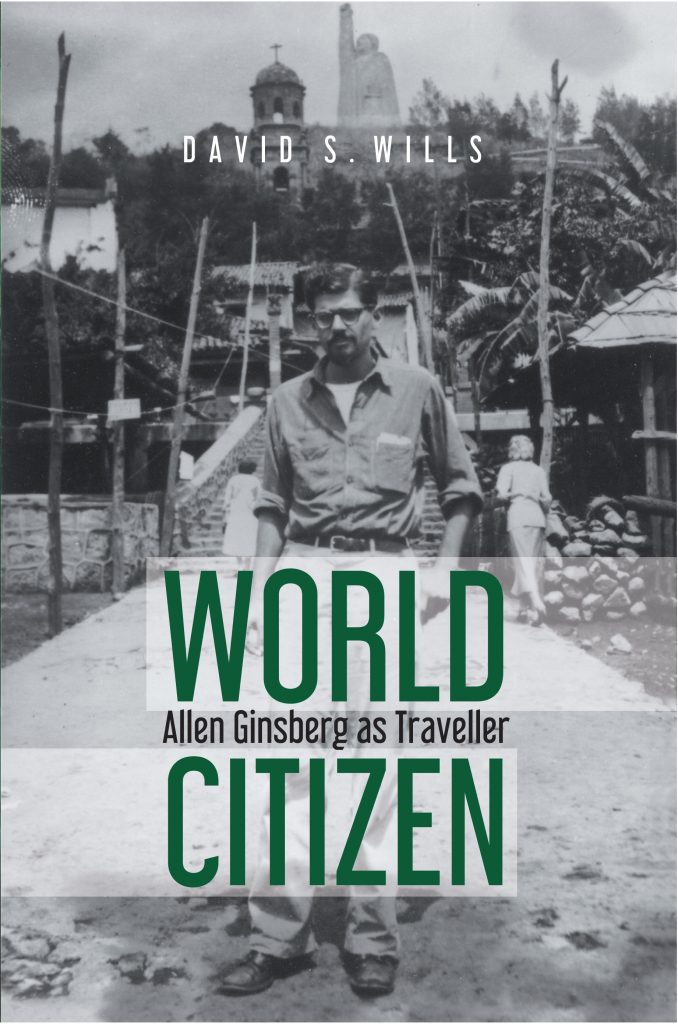 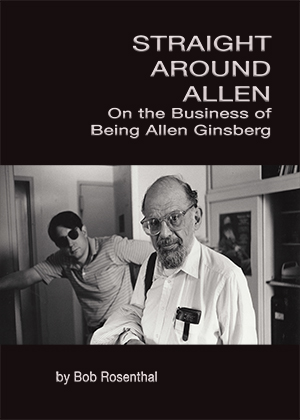 Tweet
This entry was posted on 20 April, 2019 in homepage. Bookmark the permalink.

One Response to Beatdom #19 Zine