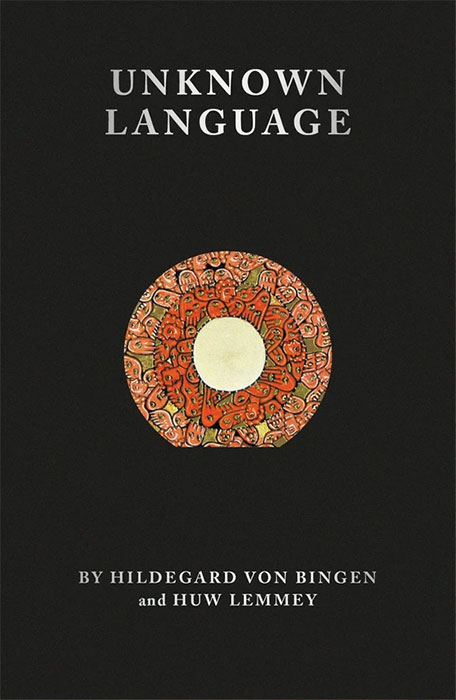 This is one of the strangest books I have ever read, and I am still not sure what to make of it. On one level (the more rational option) it is a post-apocalyptic science fiction novel which cleverly appropriates the medieval visions of Hildegard of Bingen as a framing device, using a belief system as the structure which underpins an industrial society that has fallen apart in the wake of both a pandemic and an occupation. Our lead character escapes the broken city, to escape an army she perceives as God and his angels, and heads for the hills. Here, with various adventures and encounters on her way, she finds a new place to live in a distant forest where she communes and finds union with nature and (a now pantheistic) God, embracing the light that now surrounds her.

Or one can read it as an appalling compendium of vague new age theories about universal harmony and speculative mysticism, which Maurice De Wulf – in an online article about the History of Medieval Philosophy at the University of Notre Dame website* – defines as ‘a science that rests on this unitive tendency and has for its object to describe the relations of direct communication between the soul and God, and to explain the universal order of things by the union thus effected.’ Wulf also notes that contemplation is the first step towards being possessed by God, that the communication is direct and also that ‘this union becomes the culminating point of all psychic activity; all other pursuits, especially all philosophical studies, are subordinated to it.’

I’d prefer not to take the second option, but the actual science fiction story is prefaced by a vaguely poetic story by the poet Bhanu Kapil which lacks detail or cohesion and suggest that in the future humans (or what humans have become) now live in or with six dimensions. Her prose uses phrases such as ‘a word vibrates’ and ‘[t]hen all of me is inside, not outside’ and Kapil also feels the need to try and explain her part of the book with a two page note, that to be honest doesn’t clarify much and simply impedes the overall flow of the book.

After the main story, we also get a non-fiction essay by Alice Spawls on ‘The Green Voice of Hildegard of Bingen’. Although I have problems with contemporary understanding and critical theories being put back in time in this way (Hildegard of Bingen was no eco-warrior!) it’s unfortunately presented as a paper from the first Speculative Mysticism conference (which I can find no trace of actually existing) and as an adjunct to the main fiction by its insistence on a new calendar counting from corona year zero, which seems a little bit of an over-reaction to the viral pandemic we are currently living through.

The book is wonderfully printed, with an exquisite binding that includes a superb colour reproduction of one of Hildegard of Bingen’s visionary paintings, and is one of the most original fictions I have read, especially with regard to its writing back to and use of a previously existing text. The subversion of establishment Christianity to produce an army of bloodthirsty angels torturing and killing the population of ruined city on the command of their leader (God) is a stroke of cynical genius. My admiration, however, is somewhat undermined by the awful feeling that I am expected to take it as more than fiction and embrace the book as a manifesto for the future. 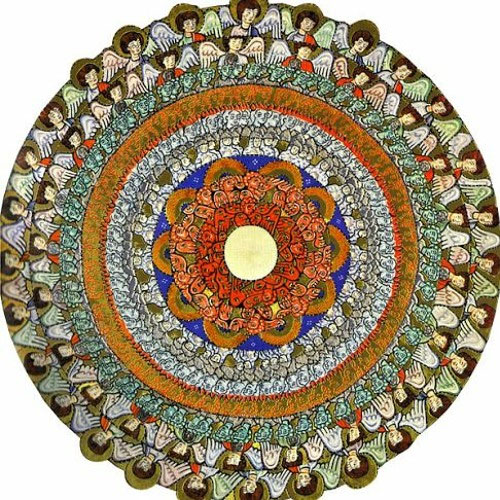 * Maurice De Wulf’s section ‘198. Practical and Speculative Mysticism’ of his History of Medieval Philosophy is at https://maritain.nd.edu/jmc/etext/homp198.htm

View all posts by Rupert →
This entry was posted on 27 February, 2021 in homepage and tagged Hildegard of Bingen and Huw Lemmey, Rupert Loydell, Unknown Language. Bookmark the permalink.