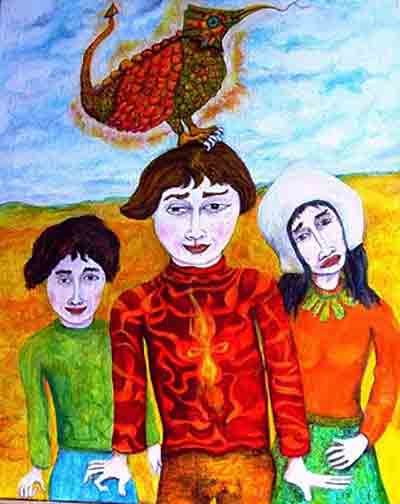 Some thunder breaks an unknown nightmare at dawn.

The clouds mingle with the fading darkness.

Some colourless images drip continuously from the little rift of the window.

I hear a voice of a radio

That persists in my skull.

Some second persona grows within me

Trying to find an ancient channel that I lost in my childhood.

When the radio changes its tune with the slightest touch in its radar,

Memories blend with its vague words

And create the image of a forgotten story-telling old man

Whose stories were the shelter of my fancies.

The signs of the wave’s scale reminds of bipolar existence

Then suddenly I feel like descending through the winding stair to the darkness of sleep.

Jyotirmoy Sil is a dilettante poet. Presently he is an Assistant Professor of English in Malda College, West Bengal. A few of his poems have been published in Muse India journal, Madras Courier and Spillwords.

Tweet
Tweet
This entry was posted on 2 May, 2020 in homepage and tagged Jyotirmoy Sil, nick victor. Bookmark the permalink.

One Response to A Childhood Radio