A Congregation for Ken Campbell Updated 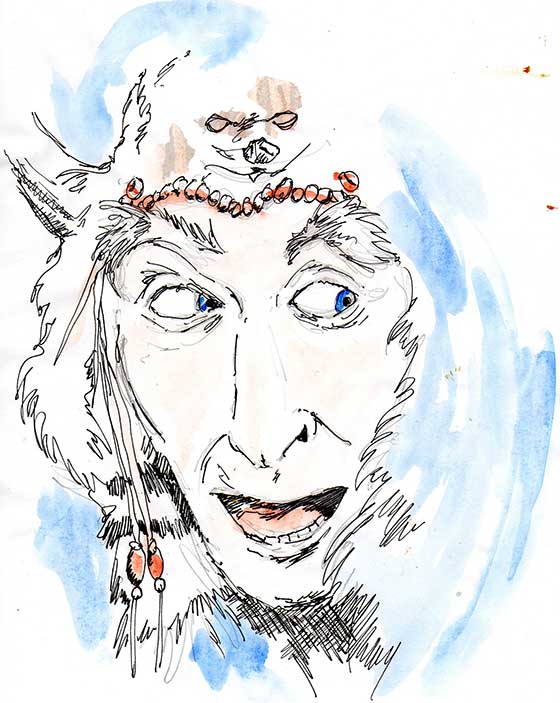 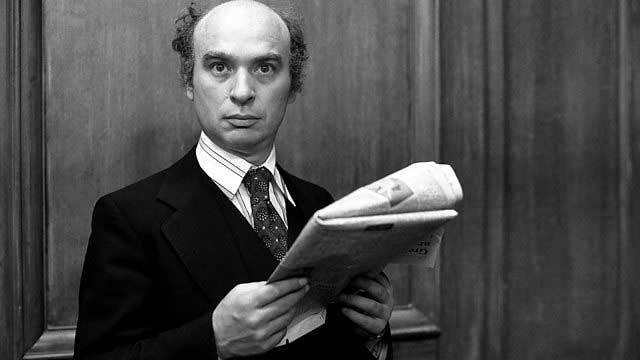 A reflection on the WHAT I LEARNED FROM KEN CAMPBELL: Tenth anniversary tribute event,

DAY ONE:  BABE IN THE WOOD

No Church could house him. Once gone, he was simply returned

To the forest. Where, with love and dogs, he roamed freely,

While concocting new rules for man from his desk.

He would be busily rewriting the soil with all of his blood burning waters;

The tears of joy he engendered, along with the hard sweated efforts

As he detonated each standard and what each of us had come to expect.

This weekend event stars and marked the tenth anniversary of his passing,

Like the story of his treasured dog, Werner, we, who attended

Wanted to touch a little of him through the grave. To re-encounter

That joy and the energy of his: Ken’s ‘land lightning’, that sparked life

And challenged and in more ways than most, came to save.

His precious child with Prunella Gee, resplendent now as his time was,

While blazing wildly in a singular field of her own.  Her voice echoed his

As did the style and themes of her writing, with all of its God scented

Structure, by joining the dots in this, minds are thrown.

In aping Pigspurt, and making it hers, Ken’s transcendent.

As Daisy tells her tale of survival, the death of her father leads to a quantum

Dimension where life still continues by finding new ways to be through the arse.

The ecstatic innovations pass by, like protuberant wind through the tunnel,

As what we know we know is soon toppled by what we have yet to unearth,

Choose and cast.  In the hilarity put on show there are terrible moments of silence.

On the day Ken dies, Daisy’s with him, an Epping Forest visit, briefly interrupted

By the need to get her kids lunch,then by death. When Daisy returns all is still

But the audience love him with her, and so we cojoin in that moment,

Our only hope and intention being to somehow extend his last breath.

Like the expert she is as writer and director, Daisy regulates this deep silence

With more of the information Ken prized.  Lithuanian mushrooms were seen

As gifts to the poor from the spirits, and it is this sacred mushroom that details

The pay off and prize of this play.  The mycelic mushroom brain of a fairy is claimed

By Daisy’s daughter, and reappears at Ken’s headspace  when a dream of exhumation

Is raised.  Such details abound, for these were the currency of her father,

Along with his commands and commissions to ‘Do Something of Note!’

Daisy does so at each step, even as she navigates trouble;

Forming this song she sings for him, that is at once hers completely,

While also being everything else her dad wrote.

Of his glorious past and her life. From the troubles they shared to her own personal

Counter culture; from the nits split with her daughter in Brighton,

And Templar and cleanse away man made strife.  What the Gnostics g-know

Is that we are all sound and fury; if Ken was sound then we hear it in shouts and kazoos,

Before a Vanauarto-esque congregation; our pot bellied friend became totem

And idea. A girl cries for her Dad by learning the laughter he gave her.

Alone in the woods for one moment, his spirit returns fast to rescue

He cannot be memoralised, ever.  Instead, celebration like this event

Will learn how to dispel what was fear.  Dads don’t fall from the tree.

They become the tree, don’t they?

Pigspurt’s daughter feeds from it.

And pigs can fly.

DAY TWO:  THE GRAND TOUR OF HIM

On the river Lea, full of mirth. From Heaven to Hackney, in one,

Of his particular part on this earth. From Werner Erhart’s EST schemes,

To the confessions of plants, all were featured. Perec’s A VOID,  The Three Stooges

And a societal study of wigs, You can see the exuberant boy Ken retained,

Who once directed plays on the lino, as well as the ecstatic eccentric,

And the fearsome goon who crushed prigs. Campbell set a new precedent

For what theatre should be; a fresh holy. It could take place in a bookshop,

Or a  river fed anteroom.  It could be a coruscating display at the National Theatre,

It could be a pub conversation, or a dream that he had, spicing gloom.

Informs us. A man who burned all too brightly for most of those he kept close.

The pressure of this must have been a kind of tragedy for him, as no-one he knew,

Even Daisy would want to blaze like he did, all the time.  And yet he does in the film,

Recolouring in a moment;  from a normal flesh tone, to a revelatory red.

The pressure of this on the heart that steered his strain occurred to me,

But what Ken contributed in each new space, was star fed. These sections of film

Cut and jump but Campbell is more than real through them. We grasp at him,

Almost fevered, as we seek to fix him firm in our room.  The screen before us becomes

A small astral window, as if we were housed in the quauntum and were moving

With him through the dimensions, along David Deutsch’s parallel lines, then

And soon. Watching Ken, one returns to the personal  times we all saw him.

He is suddenly there, invocated, with those eyebrows ablaze, and that voice.

After two hours he fades but reforms at once. He’s us watching.

He becomes what we’re thinking and part of our own inner God.

Daisy’s mother, who completes their tripartite beauty, and whose recollections

Of living and sharing life with Ken are sublime. Meeting him, marrying

And then separating. Playing Illuminatus and The Warp, the sad stories

And then the glorious ones, so entwined. As Jones and Johnson compliment

Epic quests. If Ken was born normally, something profound soon remade him.

Perhaps the early death of his mother, prompted a total rewrite of life’s task.

Whatever it was, the spell he spun, set brains dancing. And hearts along with him;

You were always compelled to comply if he asked. Nina Conti strikes deep,

As he sparked her own star fed talent.  By aping him, she found Monkey.

Who at one transcendent point is re-gloved, to turn himself inside out

And the unwealdy joy of this is pure Campbell;  Conti’s debt to Ken repaid grandly

By the natural tint to her talent and some of the expertise he allowed.

Her new puppets.The speed of Nina’s mind echoes Campbell and though often dainty,

The fire they fed blazes loud.  The panel gives away to an evening show of invention:

The School of Ken features many with wonderful turns, as hats drop.

Oliver Senton leads from the front, reprising the lessons of his former Phil Masters,

In a Campbell clash of perception, as stance meets the artful in a duologue

That sprouts wings. And then the pidgin MAKBED, Ken’s personal favourite,

Each contribution astounds through this grand tour of Campbell

As we all fall enchanted right where we sit and enthuse.

For Ken was a new form of humour. Today was prayer for me,

From new sprits, offered not to ‘an up there whatever,’

But to Ken Campbell of course; humour’s muse.

To be as special as that;

To be as special as this need to love him.

That is what just happened.

His art transcended. As has his life.

And it was written today,

Thanks to all of those who cared for him;

It is for all who come later and everyone who was there.

We all know it of course, so we must continue his stories:

it is then we all realise 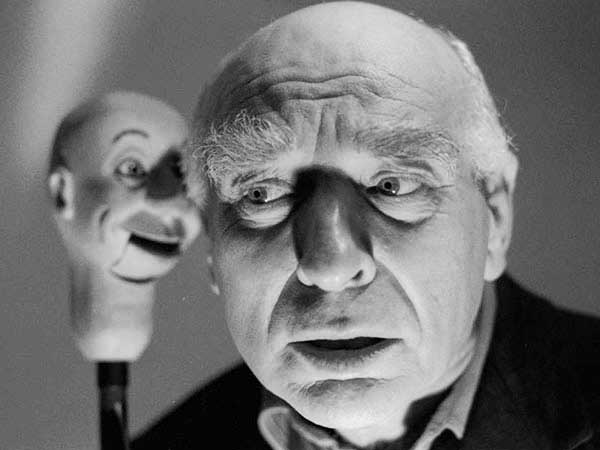 No Church could house him, for sure.
No Church should house any body.
Let our souls and our arseholes relearn what’s been written
And in so doing,
Find a new form of laughter and a new way to rise
Through the air.

View all posts by David →
This entry was posted on 8 September, 2018 in homepage and tagged David Erdos, Ken Campbell. Bookmark the permalink.

2 Responses to A Congregation for Ken Campbell Updated