A New Day, a New Career 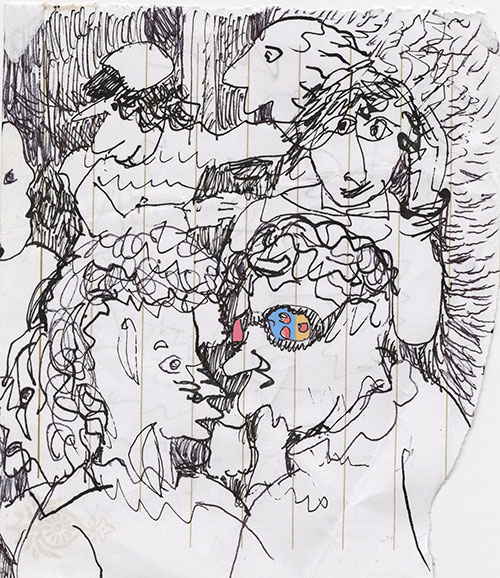 The library vanished in the night, leaving nothing but a stake and a kangaroo court, and now we’re being trucked in from all corners of the imagination to face the music. The music’s loud and ominous, though too clichéd for the desired effect, having appeared on every quiz or talent show since the late 90s as the endless procession waits for the verdict on who’s made the best cake, who’s sung the best song, or who’s got the most heartrending backstory. Some regional stations use it on the News to liven up the moments as we wait to see where the bombs fall. Judge, jury, and Sector Consultant on a substantial retainer, are all a man in a grey suit and sunburst tie, with a BSc in Innovation Studies and a box of matches rattling at his crotch, who tells us that the library has gone to live on a farm and that it will be happy there. He talks us through a PowerPoint on Conflagrational Knowledge Exchange and the pedagogical efficacy of inhaling the smoke of burning books. There are no references, just clip-art of a bound librarian smiling in flames, and when he invites questions and comments, the music’s too loud to hear. When silence returns – that final extended pause in which the audience leans so far forward that they can lick the screen – I’ve been promoted to Head Librarian, with a badge and my own can of overpriced petrol. There’s a round of applause as I step to the stake.

Tweet
This entry was posted on 25 June, 2022 in homepage and tagged Nick Vctor, Oz Hardwick. Bookmark the permalink.