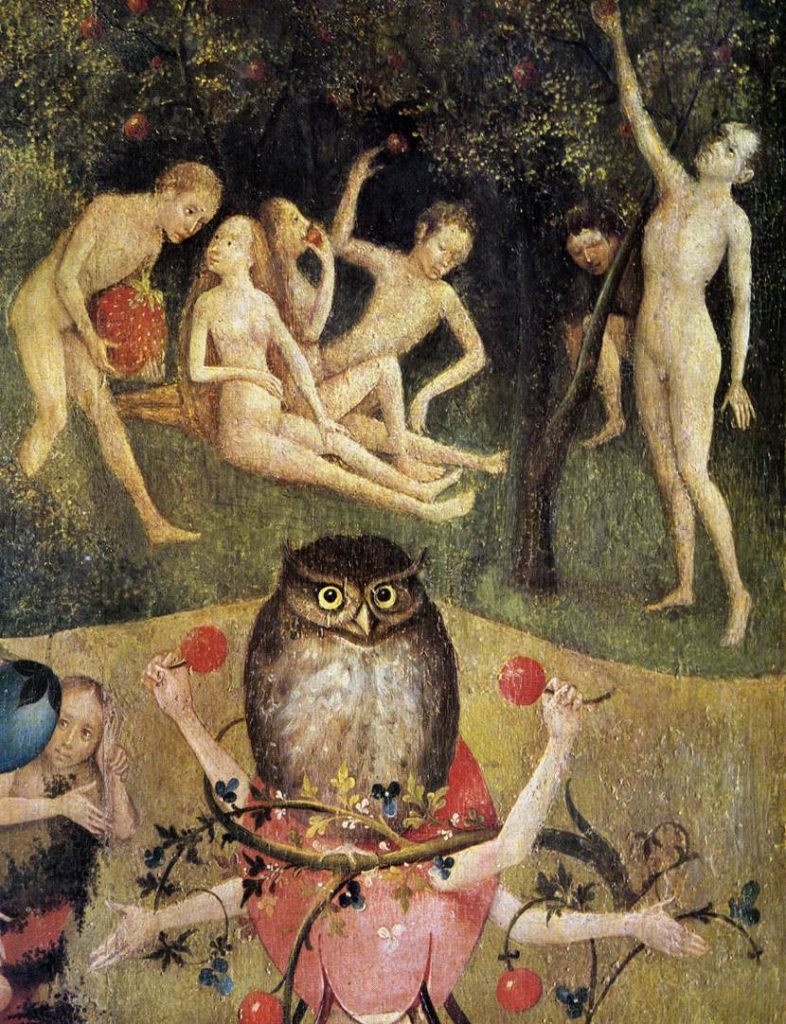 So, you think they laughed at you?

More fool you; so do not be the joke sense was made for;

Redesign your fat image to something more akin

To a spear, one able to pierce prejudice, disseminate,

And force reason, as opposed to being the orange blot

On all landscapes. If true evil stains, you’re its smear.

At a celebration of NATO, all those responsible

For protection, not just of the world, but of methods

With which we currently contemplate life,

Could effectively see through the blur that you have placed

On clear thinking, as either ignorance or Alzheimers

Eats into your face to spew lies.

O, The Donald, you strut on the window ledge,

Looking Hellwards. In closing said window you have also

Sentenced us to the fall, for the space is narrower now

In which to resist all those like you, some of whom

Sipped that evening the expensive Chablis by gilt doors.

Apparently, you were the fool at that court,

As Justin Trudeau cast aspersions, as did that other

French speaker, Macron, and possibly our own Princess Anne.

Only the oil slick Johnson stood back, careful to ease himself

From the branding, no doubt primed by Cummings:

May his coward’s stain leave him damned.

In the conflagration to come, let the brandy and port

Fuel the burning that ignites the asbestos

Under your gold wrought wig and fouled plans,

And may you blister beneath the nuclear heat

Of your visage; that flushed spread of colour

That makes your lips whiten and your small boy’s eyes

As they dined around you, your puff,

But also portent, because if they too see the farce

Then what hope remains for those kept beyond these

Pale, stricken structures that we allow to loom over us all

And which are losing foundation as each system we sought

There are no Statesmen now of any gender.

All that remains are the copers, the rakers perhaps

Through the strewn, who find now and then one point

Of regard to part polish, while you falsely glisten

And they laugh at your invented fake news.

You have constructed a viewpoint that warps the mind

And the eye. Nothing is as it was. Or as it seems.

Never will be. In your wake, all facts will have to be boiled

As truth fries. Fuck off. Fade away, a strange thing to say

In a poem, but as the undeserving sneer at you,

Then I sneer too, at this slight. The world you rule is not real.

Perhaps nor is the one I exist in.

There’s some hope. All we need now is the young

To motivate and reorder. We need a new NATO;

A National Antagonism That Opposes

My God lasso and hang you as It leaves you lost: 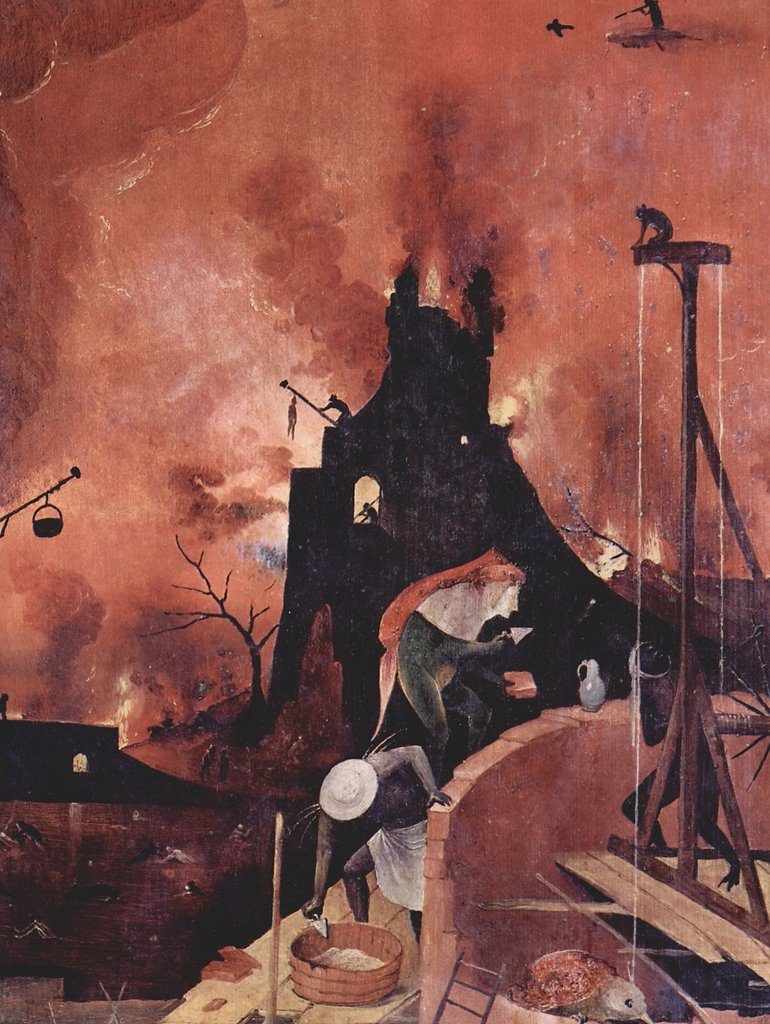 On the defamation of Westhoffen Cemetery

And so the hatred now spreads across the sacred soil

At Westhoffen. A line of Rabbis, crestfallen

Look for salvation to stem despite spray,

As a new brace of fascists break earth to graffiti hate

On the gravestones, and the memories of jewish

Extinction mix with the spent green of old grasses

And an ominous haze and smoke of ghost grey.

Europe burns with intent, watched over by lopsided

Angels; as all right winds ascend, the clipped left

The force of negative feeling stuns even them,

As they seek repair despite hurdles,

And man’s spiteful hunger to crash and condemn

In this context, for more than the death of all people

It gives an excuse to hate’s pen. We rarely hear

Of a Christian Churchyard defiled – short of Tony Harrison’s V,

And Muslim death fields are private, so where lies the bounty

That these barbaric hordes try to spend?

For these are not Israel’s graves, despite whatever homing beliefs

Of the corpses. These were the Jews left near Strasbourg

And all of the war scarred towns of France. People of faith,

Personality, peace and talent, separate to the aggressors

Raging their anti-Palestinian stance. Acts such as these are a slur

On all names and all people. The lack of a Stein, or Berg

Won’t excuse you from ignoring the current news, or this ‘trend,’

Each day is wracked and room ruined,

Those barred from breath 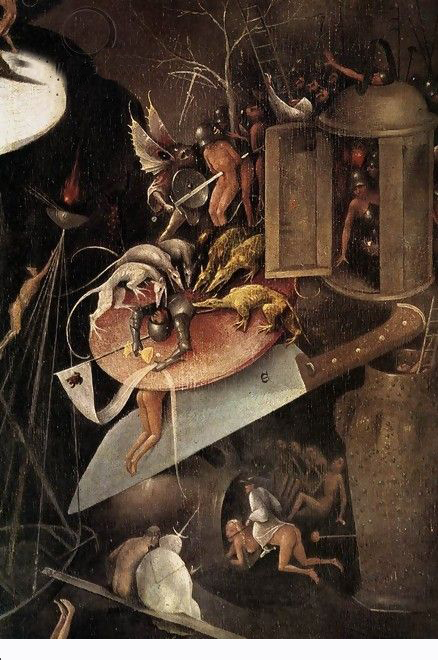 When you type ‘Boris’ into a phone

The iphone correct displays ‘virus’: and so it has proved,

As it rages in the week before careless ticks.

In the photos today he is stuffing sausage rolls

In his face as he attempts to vomit across the low public,

A form of germ warfare in peacetime as we grow Bulimic

On the lies he spits and fall sick. The shit, it seems, will do

And say anything to secure the warmed seat of power.

As it corrupts our guts, swelling in us, and squatting atop

London’s bowl, the bowels of the city give way to the ordure

In his smile as I see it, forcing the flush of unreason, constipating

True progress and leaving all of those who’d oppose in the cold.

Who do we choose? As he spouts his overboiled,

Floor and stair. While Corbyn squeezes the Thatcherite fear

That for too long has lain buried, he attempts to revive Marx,

But stays Spencer, trying a failing sale to the public

Of the kind of concern that’s not there. Suddenly,

The Liberal Democrats re-emerge at this time of disrepair

As solution; but now not even a coalition can feature

If those aiming for Saints grasp Old Nick,

In his corruptible blonde disguise, he is already preparing

The jackboot – that they hear in France and all Europe

As Weimar returns, despite clicks

On either SM, Or S&M

In the bondage sense; we’re all leathered. Social Media

May oppose things but the masochism that sits

Behind the ‘I’m Alright Jack,’ credo that rivers through this

So lies and Brexit will strap and force us

To bend and consume Johnson’s shit.

Do we do it to ourselves, or is it truly

The  ‘Them’ who would injure?

Give the fat toad Farage any platform

And he will lower it still, beyond dirt.

And so grunting Britain, beware

The continued rise of each despot.

For we all become desperate

When we fail to understand

View all posts by David →
This entry was posted on 11 December, 2019 in homepage. Bookmark the permalink.