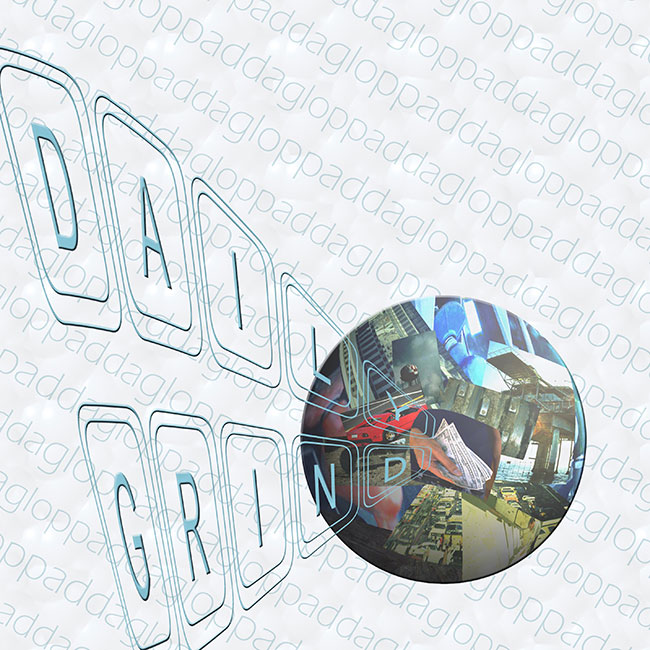 Daily Grind is a new release by gloppaddagloppadda, a one-man electronic music project that is the brainchild of journalist, author and conceptual artist Kendal Eaton.  This is bravura project of an often alarming intensity – by turns dark, forboding, intriguing, unsettling.

Electronic music has come a long way since its inception at the beginning of the 20th century. The history of the genre stretches back to the Telharmonium, first patented in 1897, through to the theremin in 1930, musique concrète in the 1950s and the work of pioneers such as Luciano Berio, Wendy Carlos, Delia Derbyshire, The Beatles with Tomorrow Never Knows; Robert Moog, Tangerine Dream, Kraftwerk’s ‘machine music’, Giorgio Moroder’s campy space-age disco; Brian Eno’s work with Roxy Music and his own ‘ambient’ music; Bjork and Laurie Anderson; the synth-pop of the 1980s and the rapid digital-era development of electronica and EDM (electronic dance music) from the early 1980s to the present day. Electronic music has enjoyed a multi-faceted and often tumultuous evolution. It explored an otherworldliness born as human imagination began to reach beyond its familiar, earthbound surroundings and preoccupations, and as technology began to reveal terrifying truths about the fabric of existence, and its potential for annihilation. Electronic music is often a realm where no source material is considered ineligible – it can range from radio static, tape distortion, ‘found’ sounds and field recordings used in early works through to just about anything than can be manipulated to produce a sound, which in turn may be manipulated in some way, via a bewildering array of methods and applications (as distinct from apps…but that’s several more stories). The only limit, truly, is ones imagination and daring.

The term electronic music covers multiple bases, often at its most intriguing when it is not immediately clear what sounds the listener is hearing, or how they have been sourced, produced, manipulated, filtered or sequenced. These can combine to induce a sense of dream-like disorientation in the listener, or transport her to new imaginary worlds. It is perhaps no coincidence that the development of electronic music is mirrored by the rise in literature of science fiction. Both exploit, reflect or predict technological advance; both frequently explore the darker areas of the human psyche. An example of this symbiotic relationship can be seen and heard in Ridley Scott’s classic movie Blade Runner, with its music by Greek composer Vangelis, once one half, together with Demis Roussos, of psych-prog outfit Aphrodite’s Child. The haunting score, with its rippling undulations and ethereal melodies, was the ideal counterpoint to Scott’s vision of a dystopian future, in which synthetic human beings – ‘replicants’ – return to Earth to meet the man who designed and built them, and to learn who or what they are. 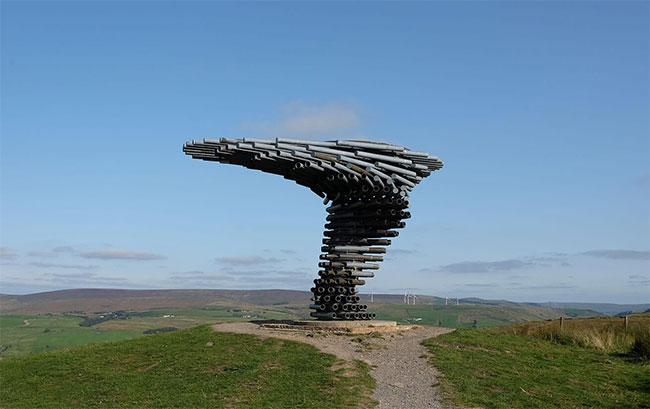 As a project, Daily Grind’s electronic daydream is literally and metaphorically synthesised from diverse sources via the morphing of environmental and acoustic elements. gloppadagloppadda (yes all lower case) represents a loop. It is an onomatopoeic representation of the sound of a cement mixer – the glopita-glopita machine – that plagues the central protagonist, Jack Lemmon, in the movie ‘How to Murder Your Wife’. Each of the album’s tracks features a loop of some kind, no matter how subtle; either of live instruments or original keyboard sounds fed through unpredictable multi-sequencing / delay / oscillation / filter / velocity-trigger processes.

The title track features cult American author Kurt Vonnegut reading the first draft of Breakfast of Champions – which he later dropped – treated to sound like long-wave radio, as if reaching us from the dark wastes of space, a message from the past, or from an alternative reality. He is accompanied by the glopita-glopita machine and other industrial mechanisms, including ‘grinder-guitar’ feedback fed through a sample-hold oscillator.  Early Push culminates in Rush Hour (commuting to and from the Daily Grind) and was created using only treated percussion and bass guitar. Rush Hour plays with the listener, using peaks to randomly trigger distortion. Do not be alarmed. Do not adjust your set. Contrary to one’s perception, Aaaaand Relax does not feature a windchime: the percussive sound is a slowed double glissando on campanula. The wind sound is in fact a site-specific recording of the wind blowing through Tonkin Liu’s ‘Singing Ringing Tree’ sculpture, on the Lancashire hills overlooking the towns of Bacup and Burnley.

Ultimately, electronic music of this kind is essentially conceptual, playing an intellectual game with its audience, taking her on a trip through unfamiliar, uncharted sonic realms, dropping her back home in time for tea. Kendal’s facility with synthesised and processed sound is formidable, almost frighteningly so. You don’t really need drugs to get this stuff – it comes fully loaded with its own psycho-acoustic properties to transport you beyond the realms of the mundane. Kick back, immerse yourself, play it LOUD; tune in, drop out – nothing is real…

View all posts by Keith →
This entry was posted on 10 July, 2021 in homepage and tagged Daily Grind by gloppadagloppada, Keith Rodway. Bookmark the permalink.