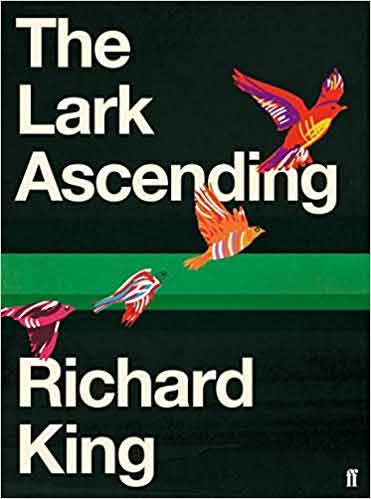 This is one of the best books I have read for a long time, but there’s something strange going on, some kind of slippage between marketing and content. Firstly, although I am a big fan of Matt Sewell’s books and drawings of birds, this really is a naff cover; secondly, despite the subtitle, ‘The Music of the British Landscape’, this isn’t really a book about music,. I wonder if somebody at Faber asked for this volume to be rewritten and repositioned at some point? The discography for the ‘Prologue’ includes references to music by Steve Reich, Laurie Spiegel, Jim O’Rourke, Boards of Canada and several others which isn’t mentioned, even as asides.

What this book is about, and does brilliantly, is UK society’s relationship to the land, with much of that being countercultural in nature. On the back cover Andrew Weatherall mentions ‘Deftly woven artistic and political ley lines map and connect the figurative landscape of the psyche and the literal landscape of the British countryside’, which is a really good summary. You’ll also note that it uses the word ‘artistic’ rather than mention music. There are superb chapters here on the mass trespasses of ramblers, on the women of Greenham Common and their peace camps, on the Stonehenge (and other Free Festivals, the Battle of the Beanfield, and one called ‘Acid House Pooh Corner’ about – well you know what that’s about. Hidden away in here too are a mass of facts and figures about farming subsidies, government schemes and political intrigue, and how they affected individuals and communities.

Don’t get me wrong there is discussion of music woven throughout the book, but it’s not the focus of the text, which is more how the land has been perceived and understood. So there are chapters about when rock stars were buying up empty islands and/or getting it together in the country, about the film and soundtrack to Kes, John Seymour and self-sufficiency, and the many racist, occult and healthy living youth movements which sprang up between the wars and were not far removed from the Hitler Youth. There’s Dylan Thomas, Stan Tracey, Ultramarine, Robert Wyatt and Fairport Convention too. And Nick Drake, The Byrds, Traffic and Pink Floyd. All good stuff.

In its eccentric gathering up, diversions, asides and associative networks it reminds me of Michael Bracewell’s very wonderful England is Mine, which used the myth of Albion to undertake a similar exercise in cultural meandering. This, it should be said, is high praise indeed. King’s book perhaps lacks the focus Bracewell brings to his subject but he consistently surprises, intrigues and informs. Using Elgar to frame the whole argument seems a little wilfully conservative and disingenuous, considering the material which follows, but it serves its purpose to show how the 20th century began with a romantic pastoral point-of-view of the land which World War One would pretty much destroy.

In it’s own way this book is part of a discussion and wake-up call that seems to be happening at the moment, a reminder that we need to respect the land we inhabit and live on. This land does not need romanticising, it needs inhabiting, working and understanding. We also need to constantly questions notions of ownership. Music and song is one way we can both celebrate our communities and the land, and also facilitate debate and political action.

View all posts by Rupert →
This entry was posted on 25 May, 2019 in homepage and tagged Richard King, Rupert Loydell, The Lark Ascending. Bookmark the permalink.