An Interview With Heathcote Williams

Posted on 5 November, 2015 by Editor
.
For Saira Viola and Heathcote Williams: If Art, if poetry is not revolutionary then it is not Art, then it is not poetry! The mythopoet returns to the role of seer by creating myths that resonate, that explode in the minds, the beings of readers, myths that speak with the authority of the ancient myths, myths that are gifts from the holy unholy lightning and thunder stormed realms of the creative imagination.
– Ron Whitehead 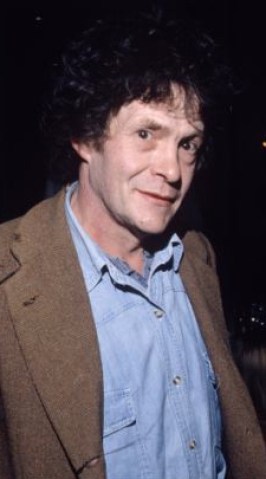 We are proud to feature a world exclusive with literary wizard Heathcote Williams. Heathcote is a best–selling poet, critically acclaimed playwright, award winning author, accomplished actor and celebrated activist who pioneered the investigational prose poem and uses this medium to tackle a variety of political and environmental issues.
.
As a leading figure in the London squatting scene in the 1970s, Williams successfully ran a squatters ‘estate agency’ called: ‘Rough Tough Cream Puff’. In 1977, together with a group of fellow squatters, he established the ‘state’ of Frestonia in Notting Hill and declared independence from Britain. Frestonia lasted almost a decade and had its own institutions and postage stamps.
,
Before Banksy, Heathcote was spraying the walls of Buckingham Palace and Notting Hill’s low rentdistrict with ‘protest’ graffiti and social messages.In short he is a true literary original and boldly embodies the Gonzo spirit:
.
Saira Viola asks Heathcote Williams about the significance of poetry in modern society, his influences, and much more:
.
.
SV: Do you think poetry can challenge the social structure of society?
.
HW: Octavia Paz said, “If society abolishes poetry it commits spiritual suicide” and, according to Denis Diderot, the encyclopaedist and one of the principal mentors of the French Revolution, “Poetry must have something in it that is barbaric, vast and wild.”  Why? Because it’s a space where you get to ask and to answer the fundamental questions, and this includes querying the social structure in all its aspects. If poetry isn’t revolutionary, it’s nothing. Poetry is heightened language, and language exists to effect change, not to be a tranquilizer.
.
SV: Royal Babylon: The Criminal Record of the British Monarchy, is one of the most profound yet polarizing poems of our time, how can a new generation of writers be encouraged to tackle the meaty issues that beset society like corporate greed, racism, poverty and government policy?
.
. .
HW: You’ve answered your own question with that list: these are targets for the sharpest arrows that writers can fish out of their quivers. Sadly their opposition can be bought off and their mouths filled with gold. The ‘gold’ can take many forms: 400 UK poets, for example, recently queued up for the honour of being presented to the Queen at a shameful ceremony in Buckingham Palace – that hoary encrustation built and maintained with slave-trade money. They bowed and scraped to the Chief Panjandrum of the UK’s One PerCent whereas poets, of all people, should find the One PerCent anathema. If they don’t, then the salt risks losing its savour.
.
SV: Who is the single greatest influence in your writing?
.
HW: Gerard Winstanley; Shelley; Blake; Billy MacGuinness, Hyde Park orator; Burroughs; Pinter (met them first in 1964); Errico Malatesta; Emma Goldman; Bakunin; Kropotkin; Philip O’Connor, who recited his surreal poems in the street wearing purple trousers; Paul Potts the People’s Poet, homeless pamphleteer; Rev. Leon Atkin of The Crypt, a refuge for the homeless in Swansea; the fearless Quentin Crisp; Orwell; Diogenes… but there’s really no single person, just life’s rich, hypnotic and ever-changing tapestry.
.
SV: Some writers today are fearful of expressing their true feelings, as the innovator and creator of ‘investigative’ style prose poetry, what are your views on censorship in general?
.
HW: Not something I’m aware of ever having practiced.
.
SV: Given the current socio-political climate around the world and Britain particularly, is it now time for Frestonia to re-declare independence?
.
HW: Definitely. While the one percent indulge themselves in ‘property porn’ (i.e. gloating, while houses which they didn’t build in their gated ‘communities’ shoot up in value; and while speculators willfully keep properties vacant, and while estate agents install sharp spikes outside their buildings to discourage ‘rough sleepers’ (i.e. the homeless), then squatting needs to resurface, with added chutzpah, as a corrective.
. STEADman’s The Christening of Our Queen

This interview appeared originally in Gonzo Today: The Next Generation Gonzo Art Culture and Journalism, http://gonzotoday.com/

7 Responses to An Interview With Heathcote Williams