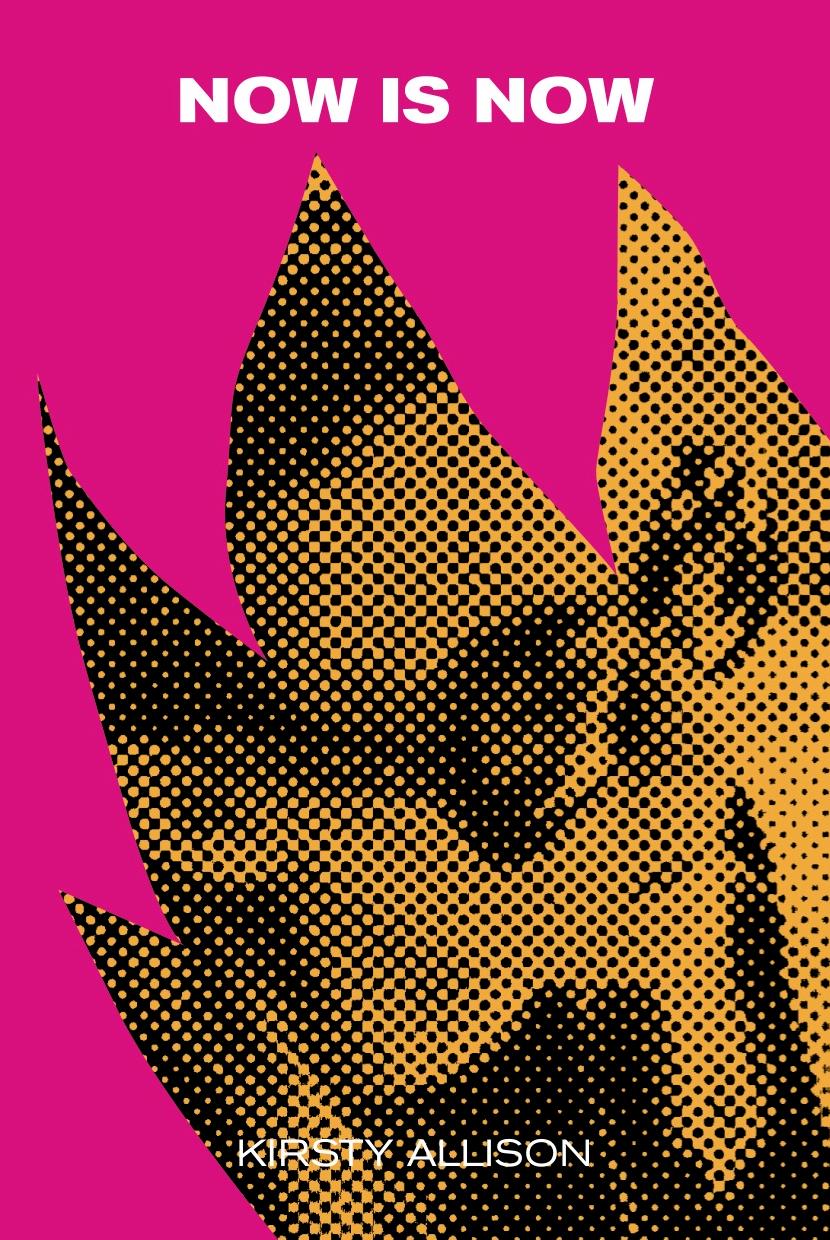 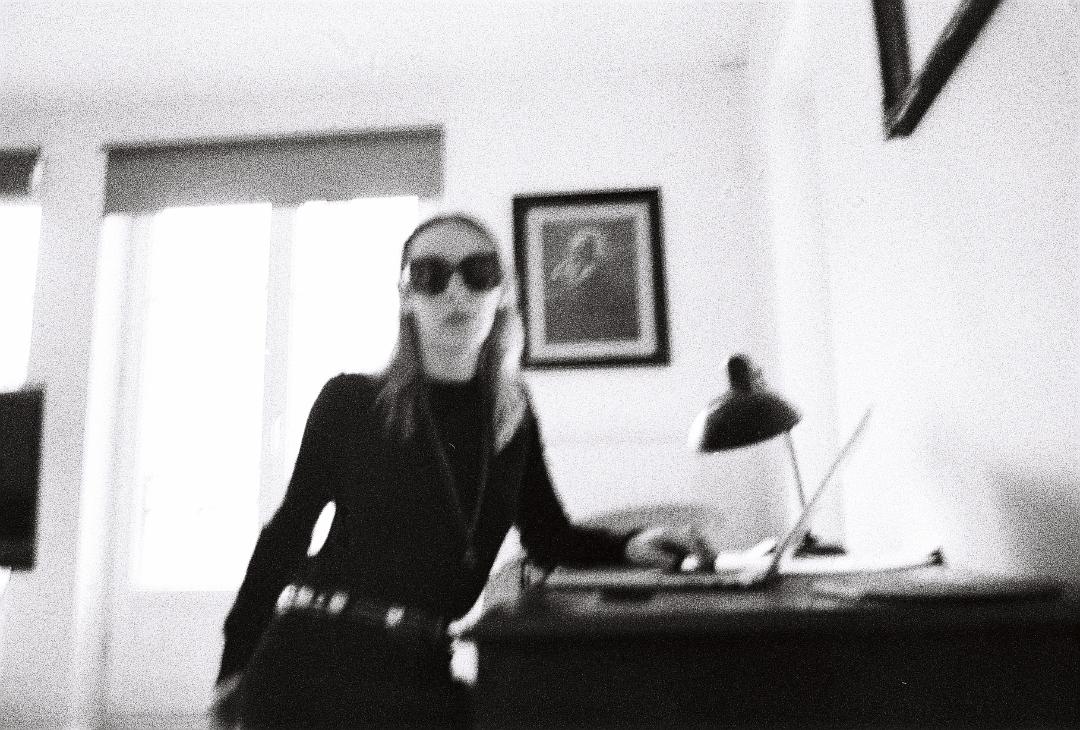 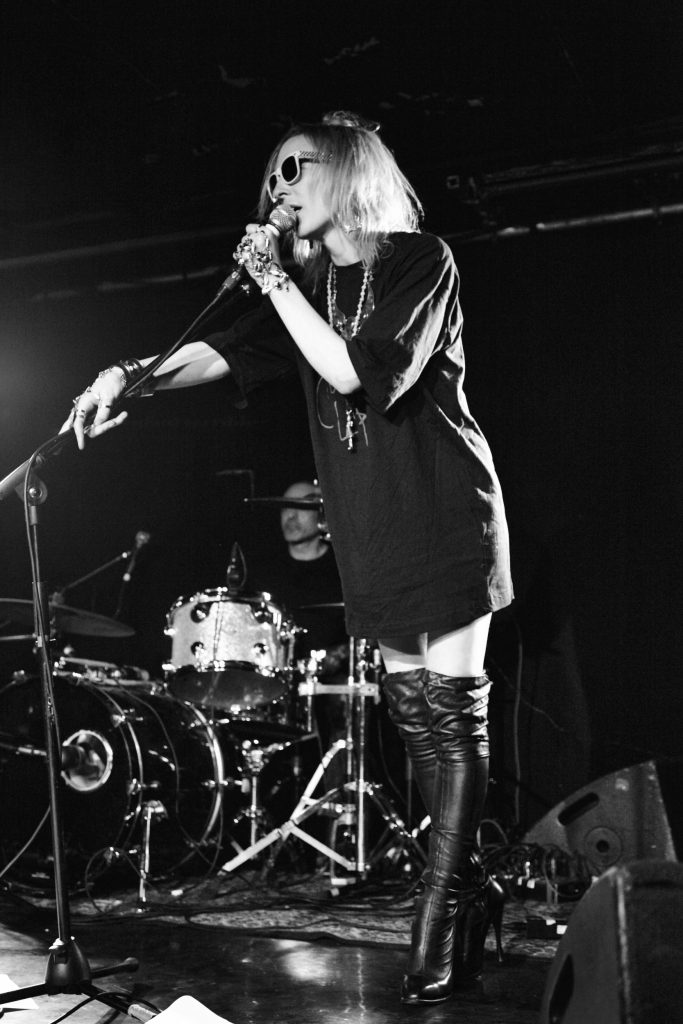 The Queen of any possible Zeitgeist arrives and without a moment to spare
Her ‘Now’ claims us. In Kirsty Allison’s new book of poems we see each minute
Framed by moist stars. Some are encrusted by love as a leg admits sex by a gearstick;
While some shine through earthed cosmos, as ‘Dracula addicts’ along with Midsommer
‘Druids, chancers and ravers..etch marigold shards to our graves..  for thrill’s scar.

The Poems astound, as does the breadth and breath of the writer,
Her music reportage and short stories have already earned wide acclaim.
She even talks and moves as she writes, with a steady slide and star swagger,
As she creates a fresh language that makes no perception or thought
Sound the same. ‘ Family is a fallen manor,’ she states,
A loan shark..
A builder,
A potion pusher..
A Family // Fallacy,
Even her lists convey truth in what they bring to the table,
Revealing the poet/poetess who is able to sentence and spear core belief.

From Ambit’s Dr Martin Bax to Dr John Cooper Clarke, Kirsty connects them;
Her own double female joins the literate world to the pulse
Of dance and rave culture which lives as a separate force in this poems,
Even at times of reflection –  from Crime Syndicate Nail Bar’s
‘Vegan Alternative Karma’, to Le Drug Affair’s  ‘You slapped me with daylight..’
Each word is fire scorching for truth through the false.

145 pages contain this burn, this babe Bible,
As word driven teenstar becomes womanly motorway,
Driving us on with the charge of her ecstatic verses
That bite still with wisdom, as ‘At the Fete of Perversity,
Kardashians cut the ribbons..
Manipulating biddable malignancy..’  with
‘holographs of Nixon n Kissinger
On drums
At the dawn of an uncivil war.’

To not only rage but reveal how the bit we choke on
Can sweeten, if we can find the pride that feeds poems
Of this calibre and this stamp. Missives aimed at the heart
And which search and singe as they sparkle,
As  well as sing through all seasons;
In the darkest day, words as lamp.

Allison flicks this on with each page,
As the truth of youth is wrenched open:

I keep my hood up to protect my identity/
My problem is I think I am a celebrity..
Baby I’m the same as Courtney Love & Lily Allen
With my Louis Vitton bag and red soled Louboutin..’

Singsongs that spear the shallow end of fame’s ocean
With expert precision and her queenly pen’s perfect motion.

From an ‘Avatar dollface dream to soldiers of the sun hailing..chanson’
Each tear torn, each poem and the stories here re-invent
The language of the street that Allison translates for us,
From the New Yawk Beatnik Bars of the 50s, via 30s Berlin,
Today’s Balham, and a bedlam of the mind Ginsberg lent.
You can also hear Ferlinghetti unfurl somewhere behind
Kirsty’s verses. Corso, Kerouac, Burroughs, Cooper Clarke,
Of course, and the sound this poet has clearly heard all her life:
The echo of the edge we all walk on, as in

‘My vape makes the chem cloud trails snake.
I am faux de la fake
the false lips of fat salopes
the kids the kids
who never stop,
I am their piss on airplane seats..’

In a later song of herself she calls herself ‘more backstreet
Than high street.. a smartarse with a tight ass..
A blaggeur ‘who hates blaggers,’ and a bored miss
Who got married, only to escape and return to a ms.
As well as someone to teach each young, spun pretender
What it really means to be a ‘Desk writer in leather’
There to decipher the why and because in each buzz.

The Now is Now certainly, however we understand it,
Whether in times of constant change or in moments
That Kirsty preserves in sharp lines. These are heard,
Like the bird in the proverbial song of all poems,
As bright as chicks, or Dames daring decorum’s dance

To refine and to also stand proud. But they flash through
The short stories here too, struck a junkie jazzed and jumped
In an alley, as in Ghosts of Saint Leonards fantastic opening line:
‘ I don’t know when I started seeing ghosts but the new ones all have cancer.’
Here, then, are word visions shaped for the ear and eye that blaze loud.

Even the titles cajole; Blood Star, Euro Sarcophagus, Tide Bodies,
While Message to My Teenage Self tears you with a foresight that fouls
Life’s sad scheme:

‘You’re too fucked to read
You can’t see
I hate that about you
Makes your youth a stained dream,’

Sneers and snarls that reveal in a splatter of once, life’s true purchase,
As with youth’s overspend Now’s new woman shows how everything else
Feels obscene. There is something here for us all; poems as chords
Played through chaos. Words as notes, rising across repentant air
And sin’s smears. From The Riddle of Should, and Love is Just a Reflection,
Kirsty’s codes for being define a fresh English that certainly Irvine Welsh
In his cover quote now holds dear. But there is writing here all should prize
From the Genie-us inside the Negroni to the ‘craft mead arches’
Of Holly Grove; spells on the page that contain the age
In which each of us are now living and the hour too, or split minute
That these infinite poem streams cast and flow.

This is an invaluable book, that ends with a new myth
For the modern. As Allison honours Anubis, she creates
Golden Jackals for the glazed parade we’re all in.
And so, read; she reveals. Arise and renew past successes.
Here shine poems as progress. You should as these words
Heal our sins. The old now has failed as the Quantum catch
Moves unmastered. And so this new mistress
Of the movement between worlds makes a vow
In both the moments she shares, and those she’s yet
To write for us, of how to improve, record, prosper
And how to define the next now.

This books is a babe. This book is a burn.
Glitter blisters. Sing out, sweet sister.
The glare of day has a girlfriend.
Each gold and silvered line sparks each cloud.

View all posts by David →
This entry was posted on 10 October, 2020 in homepage and tagged David Erdos, Kirsty Allison. Bookmark the permalink.