Beans on Toast on Tour – at a sold-out, intimate pub gig, sandwiched in between a diet of major festivals 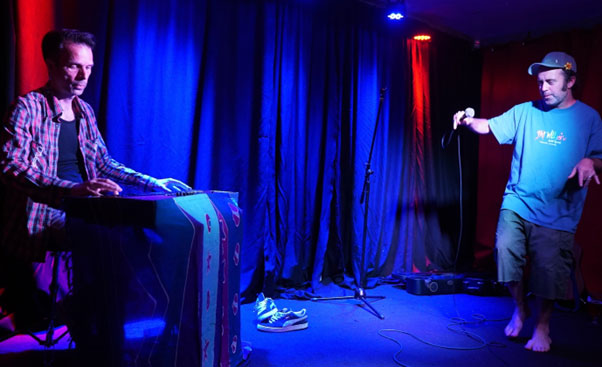 Alan Dearling shares with us snippets from a couple of hours with Beans on Toast, aka, Jay McAllister (pictured on the right with Tensheds, on left).

During his main set, Beans on Toast described Tensheds as ‘Matt Magic Fingers’. It’s not a bad description. A very, very skilful pianist and a breathy, throaty singer with more than a little Tom Waits about him. Tensheds (aka, Matt Millership) told the packed audience that he was the ‘warm-up’ for Beans on Toast – and he kept the eager, sold-out crowd pretty much captivated with his fab piano-tinkling and tickling. He returned to accompany Jay/Beans on Toast during parts of his set. 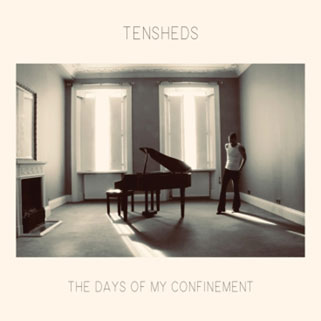 ‘Hell is in the water’ from Tensheds’ latest album release, ‘The Days of the My Confinement’: https://www.youtube.com/watch?v=5woSFIiJ0TA

In his live set, Tensheds explained that he normally avoided long introductions, but that his song about ‘The Bridge’, needed some ‘back-story’. Harrowing details of the mostly young people who have arrived at the North Bridge in Halifax to ‘end their days’. A hush fell across the room, as the song was delivered. 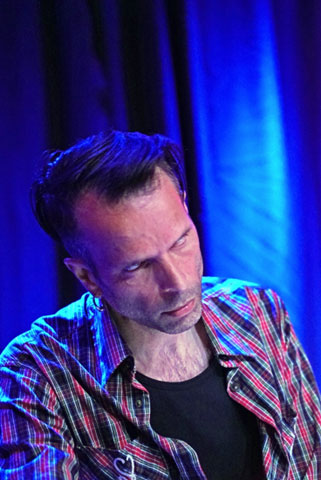 Now we know why there are often flowers on the bridge. Here is the song. Haunting…’The Bridge Song’: 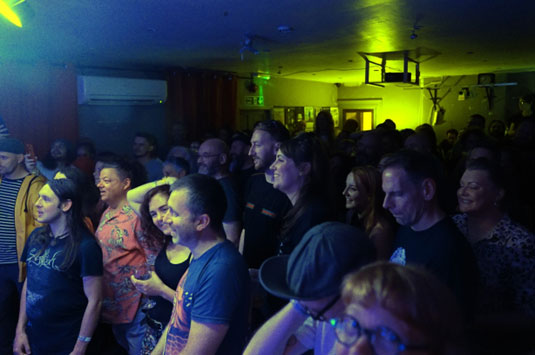 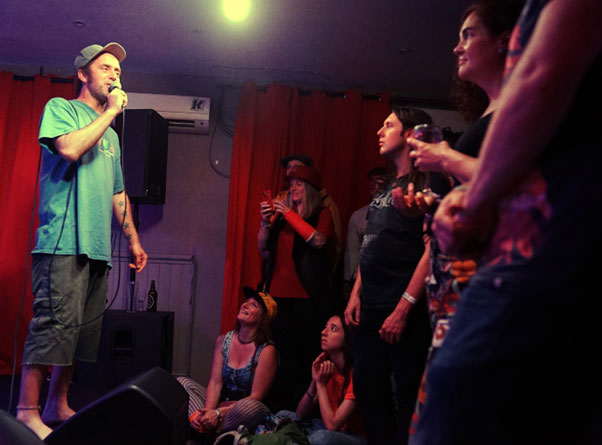 Beans on Toast on the web: https://beansontoastmusic.com/ 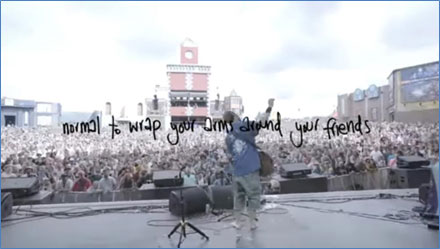 As he told us during the intro to a heaving, banging, intimate, pub gig at Todmorden’s Golden Lion, Beans On Toast is the stage name used by Jay McAllister, who hails originally from Braintree, Essex, England. He is a cheerful, loveable, laddish character. He grew out of the modern UK folk scene in 2005. And hit the big festival stages…running, jumping, singing. But he’s naughty and edgy. His songs often feature topics of politics, drugs and love. As Beans On Toast he has released twelve studio albums, traditionally releasing a new record each year on 1 December, Jay McAllister’s birthday.

‘MDMAmazing’: But, hey, this is his Big Hit! Pretty much what it says in the title. About half the audience was (loudly)singing along. Wowzer! https://www.youtube.com/watch?v=bGJxxEr1aCM

From Wikipedia: Jay McAllister we learn that, he “…was born on 1 December 1980. He began his career as the vocalist of alternative rock band Jellicoe, embarking on a solo career in 2005 following the band’s split.

Beans On Toast has performed at the Glastonbury Festival every year since 2007. He supported Kate Nash at London’s Hammersmith Apollo in 2008, before releasing his debut 50-track double album Standing On A Chair in 2009. Produced by Ben Lovett of Mumford & Sons, it featured guest vocals by Emmy The Great, Frank Turner and members of The Holloways, amongst others.” 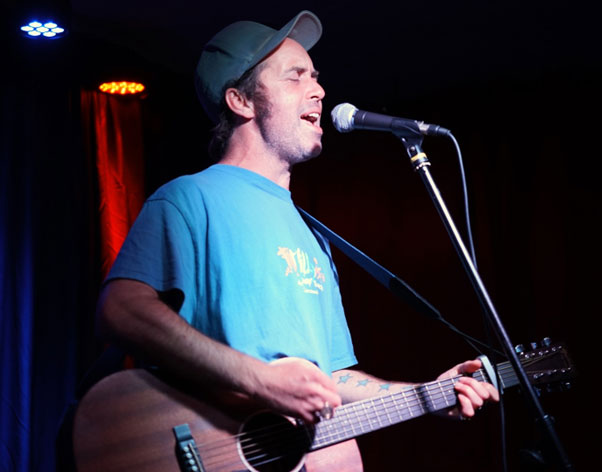 Beans On Toast performed to a crowd of over 100,000 in one week while opening Frank Turner’s UK stadium tour. And back in 2014, he embarked upon his first American tour, playing headline shows as well as several dates with Irish-American punk band Flogging Molly.  Since then he has toured extensively in the UK and US, as well as in the Netherlands, Germany, and South America. He told us that this pub gig is just about his first in 2022, wedged in between back-to-back festival appearances this summer.

He has a huge charisma. He is a born raconteur. Great voice. Strange phrasings as a wordsmith, and immediate rapport with each and every individual in the crowd. He told us of his recent musical education from his four and a half year old daughter, dancing and singing with her to ‘The Album of the Day’, whether it is from Dolly Parton, Beatles, Paul Simon, The Pogues or Bob Marley.

He is a natural-born charmer. “How much does it cost to live a good life?” He asked. He told us that his friend now gets paid more to pull pints at The Fountain pub in Whitstable than she did working as a teaching assistant. The message from Beans of Toast is that we are not facing a cost of living crisis…we simply need the rich to have money taken away from them and for it to be shared out more equitably. But, amidst the political bits, Beans on Toast exudes humanity, humour, fun, humility and irreverent mistakes! “Propping up the bar with a couple of pints, who is going to send me home?”

In 2018 he published his first book ‘Drunk Folk Stories’, a collection of ten, short, true-life stories about songwriting, travelling and drinking.

His 12th studio album is entitled, ‘Survival of the Friendliest’. His ever-growing entourage around the world would go along with that title!

Tweet
Tweet
This entry was posted on 28 August, 2022 in homepage and tagged Alan Dearling, Beans on Toas. Bookmark the permalink.