The Exploding Plastic Inevitable are a collective of renowned musicians, artists and film makers dedicated to furthering Warhol’s multi-media premise. In this unique theatrical performance of Lou Reed’s ‘Berlin’, the audience are invited to explore the destructive themes of love at its most visceral against a live backdrop of music, screen projection and spoken word. Seamy and tragic, even the city appears to conspire against the ill-fated Jim and Caroline as they are sucked down into a glittering, nocturnal whirlpool of low-life love. Deftly conveyed by the E.P.I featuring Carrie Lawson as ‘Caroline’ and Gino Brandolani as ‘Jim’ with Nina Antonia as the heart of the female protagonist, this unique performance brings together a coterie of home-grown talent including Martin Manoeuvre, Rob Grey, Paul Clements, Derek Goodwin, Andrew Bolt and Selina Clements-Woolnough. 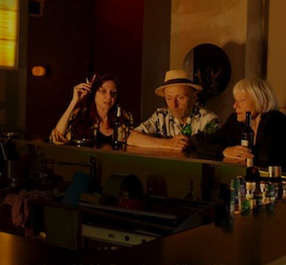 One Response to Berlin by Lou Reed