Better the Devil You Know

Posted on 3 December, 2022 by Rupert Loydell 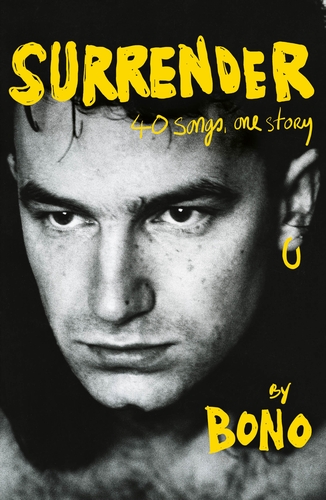 Bono, lead singer of U2, long ago realised he could play a number of different roles, one of them being rock star as devil incarnate, complete with gold suit, white pancake face makeup and little red horns. As Macphisto he could express his darker side, letch, flirt, insult and argue with the audience, and then abandon his persona, along with his with his stage outfit, backstage. He could also be a charity worker and political persuader, a party animal, husband and father, and now a writer and visual artist.

Sensibly hanging his book on forty of the songs that made U2 famous, Bono takes time to reflect upon and reconsider his past. From schoolboy to wannabee popstar, from pub stage to the world’s busiest stadiums, from local radio to the roof of the BBC, from mullet to shaved head, from loudmouthed gobshite to cod-philosopher, Bono has thrown everything he can into these pages.

It has to be said that he is not the most fluent or natural writer, and his drawings are best forgotten, but Bono does have the gift of the gab. It takes a few chapters, but the book gradually charms you with its self-analysis, nostalgia, regret and emotion. He’s at his best when giving it large about how albums were made or nearly not made, usually because of group dynamics; at his worst when he comes over all religious and preachy, or tries to put perspective on some of the dodgier rock’n’roll antics he and his bandmates have indulged in.

And, however much he plays it down, there’s some heavy duty namedropping here. (Though I guess you have to ask why wouldn’t you?) Who else has a Russian president dropping in for breakfast and so many rock star friends? Who else could write about Eno, Bill Clinton and the Pope in the same kind of terms? Who else can be so charismatic one moment and such an annoying and pious lecturer the next? Who else can almost have you in tears with stories about his Dad or his wife Ali, but within a few more pages make you want to fling the book across the room and shout out loud?

Rock stars, eh? It would be cynical of me to note that I am not alone in thinking U2 are way past their musical sell by date or that Bono’s book tour has been handled like a concert tour, with merch, film and performances to the fore, so I won’t. Nor will I deny that U2 were an important and successful band for many years and that parts of this book are funny, engaging and enjoyable. But that word ‘parts’ is key here. When Bono is holding forth about spirituality, poetry or love, he’s not at his best. Rock star pub stories are his forté and that is what he should stick to. I think they call it blarney where he comes from. 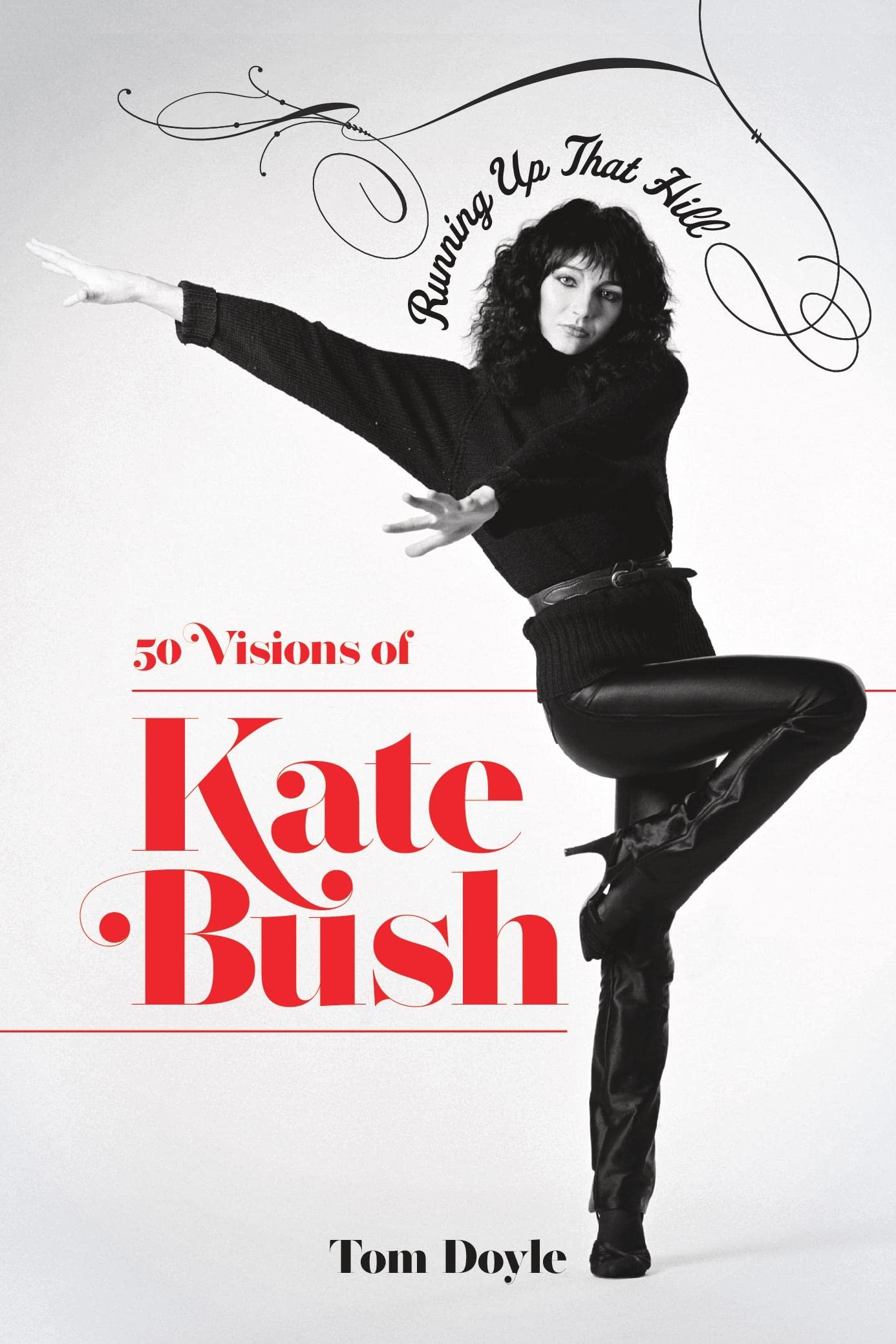 Kate Bush is perhaps the extreme opposite of Bono. She has mostly kept herself to herself, stayed out of the public eye wherever possible, and become an expert in the art of privacy. She has played the less-is-more card for many years, having quickly tired of the television, radio and magazine interview circus that successful musicians are expected to be part of.

Tom Doyle is one of the few interviewers who has been granted serious access to Kate Bush, most notably a half day conversation at her house, on the back of earlier write-ups and encounters which the singer approved of. In fact, Running Up That Hill is pretty much an extended and recycled interview rather than a new biography. Some chapters are basically summaries and excerpts from various reviews, others offer comment and critique, conjecture and context; sooner or later all return to Doyle’s own encounters with the maestro.

Bush, of course, was originally interested in dance and theatre as much as music. As a teenager she somewhat precociously recorded demos courtesy of Pink Floyd’s David Gilmour, going on to release her first album, The Kick Inside, at the ripe of age of 19. You may be old enough to remember the surprise arrival of the single  ‘Wuthering Heights’ as it shrieked its way across 1978’s radio waves, or the sight of a wide-eyed Bush dancing across the TV screen in a redder-than-red red dress. She and her music were weird, sexy, and original. And she was odd, very odd. (Back in the day only Ron Mael from Sparks, with his Hitler moustache and stony glare, or Freddie Mercury, could match that oddness.)

Four albums in, the music became odder as well, moving away from the singer-songwriter model into something else. The title track of 1982’s The Dreaming was awkward and not entirely successful, but its use of didgeridoo, bullroarers and Fairlight synthesizer, along with Percy Edward’s animal noises, highlighted Bush’s inquisitive exploration of sound and place, with other tracks dealing with ‘existential frustration and the quest for knowledge’ (‘Sat in Your Lap’) or the tricks used by escapologist Houdini.

The Hounds of Love album was where Bush took full control of her music and public image. Side Two contained a suite of songs, ‘The Ninth Wave’, whilst out of the five songs on Side One, three became bestselling singles, their releases accompanied by videos which highlighted Bush’s choreography, dance and acting skills. ‘Cloudbursting’, which was in effect a short narrative film, drew on the theories of Wilhelm Reich and featured Donald Sutherland, who Bush had personally persuaded to be involved.

After this, Bush slowed down. There were long gaps between albums, and then an even longer gap as Bush dealt with motherhood. The double album Aerial finally appeared in 2005, twelve years after its predecessor, and 2011 saw two albums issued: 50 Words for Snow, all new work, and Director’s Cut, a fidgety and unnecessary reversioning of some previous tracks. Then in 2014 Bush surprised everyone by announcing a long run of live performances at the Hammersmith Apollo (née Odeon), which turned out to be a spectacular hybrid of concert and theatre performance, with film, costumes and special effects offering context and interpretation to two song sequences and a selection of individual tracks. (A live album was released but not the expected DVD.)

Since then it’s been pretty quiet again, although the use of the track ‘Running Up That Hill’ in the Stranger Things TV show saw Bush’s music sales rocket again, lots of new fans and a new focus on her work, this book being part of that. As such, it’s a readable if lightweight offering. There’s little that’s actually new or surprising, but Bush is calm, assured and articulate whenever she speaks, with her occasional vagueness coming across as natural rather than forced or defensive; and Doyle is an enthusiastic and informed writer. The cover’s the worst thing I’ve seen a book wrapped in for a long time, but aside from that it’s an enjoyable look at this marvellous musician and her work.

View all posts by Rupert →
This entry was posted on 3 December, 2022 in homepage and tagged Rupert Loydell. Bookmark the permalink.