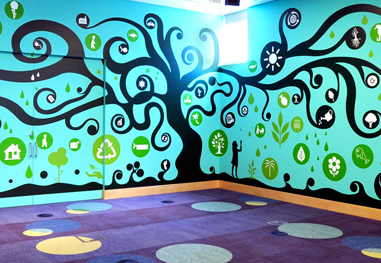 He`d been meaning to get down to it for a while. Desire gnawing away at his brain. Although, life had a habit of getting in the way. There seemed little time to be, with so much expectation to live. Being though was not doing and doing must be done if there was ever to be any sense of completion. ‘Getting things done’, it sounded so English. Like the definite ‘rights’ we throw in the air when we are about to do.

I often feel that one of the great over sights in human history is the importance of rooves. These placid heroes of engineering have been sheltering humanity from the elements for time immemorial. Combined with the blessing of walls, required to support them, rooves have been helping to contain the mess of humanity’s day to day, thus saving the rest of society from the bother of having to witness anybody else’s strife. Enter through a gap in the wall though and shut the wood, (or more contemporary polyurethane substitute), behind you, and realities begin to merge. Here is a room of conflicting realities all attempting to coexist.

Between the walls that make up the room he sits quietly until, as if posssed by a higher power, he exclaims, ‘right then` and accompanied by a single clap of his hands, stands up, ‘ here we go’, he says.

A complaint came from the room. A young woman from Norfolk who, up until this point had been in deep discussion with two others at the table raised a voice, ‘I can’t speak for the others’,  she said, ‘but speaking for myself, I don’t want to go. If he’s going to get it done then I say he should get on with it without involving us’.

‘ Actually, I don’t mind at all’, a tall, bored looking chap who stood with his back to the sink said, without looking up from his phone. ‘I’ve not a lot on at the moment and I’d welcome the opportunity for something to do’.

The woman from Norfolk turned in her chair to face him. ‘If you’ d like to be included, that’s fine’, she said, ‘ I’m not saying you shouldn’t, but there should be some discussion before he decides we’ re all to go with him’. At which point she turned back to the table and with a sweep of her arm brought her friends, who both sat, mouths open, in to the fold of her belief.

They looked around in awkward silence. The man who was going to do, stood motionless. His hands held together in statis, unable to release them from the clap that had followed his declaration. It was as if he was hoping to pull away but his clutch sat just below biting point. The room filling with imaginary fumes as the friction wore at the plates.

The woman sitting opposite the woman from Norfolk spoke up. She was rather plummy and spoke like people probably don’t speak anymore. ‘I do wonder if perhaps the ‘ we’ in ‘here we go’ wasn’t actually metaphorical’.

‘Well, that is exactly my point’, came the curt reply. ‘If the ‘ we’ wasn’t metaphorical then he’ s included us all whether we like it or not’.

‘You misunderstand me’, her friend continued. Reaching out and placing a hand on her friend’s arm. ‘I feel I’ve confused the situation with a double negative. I simply meant that, well, oh what was it?….. Now I’ve quite lost my thread’. She turned to the man on her left, raising her eyebrows as if prompting him.

‘What?’ he shrugged. Feeling like he’ d been brought in to something without his consent. For his part, he hadn’t been paying any attention to anything being said in the room for some time. He’d left the present and had instead wondered back to the past and was engaged in a memory of a conversation he’d had with a friend that afternoon.

This friend, someone he knew from way back when, had explained to him, that something had happened to her that morning that had, in her own words, ‘tickled her pink’. It transpired that she had had an idea once and needed some clarity around it. She felt though, that should she go searching for clarity she would most likely end up muddled and it would probably be best if she just hung about until the clarity found her. It had worked and the delight in the requested clarity arriving just a few short years later was what she was sharing, to create the memory in the mind of the man who now sat at the table and was enjoying the mental image of his friend’s idea as a boat on the sea that had sent up a flare for the life boat of clarity to find, whilst in the room, being prompted to remind another friend what she was talking about.

‘I remember’ the man exhaled and his shoulders dropped in relief as his friend found the answer to her own riddle. ‘I was saying that it was most likely that the ‘ we’ in ‘here we go’ was metaphorical’.

‘The Royal ‘ we”, the man at the sink piped up. Still looking down.

‘Exactly. He wasn’ t expecting us to go along at all’. She released her grip on her friends arm and giving it a little pat, sat back in her chair, satisfied that she had brought some understanding to the situation.

The woman from Norfolk was not so easily passified. ‘Why did he say it if he didn’ t mean it?

‘It’ s metaphorical’ the room replied in chorus. Except for the man who thought he might be about to do something, who continued to be silent and motionless.

‘And what does the word even mean?’ The question hung in the air waiting for someone to catch it.

‘It’ s Greek isn’t? Doesn’t meta mean beyond, sometimes between?’ The man at the sink had batted the question back to the room.

‘ And what about phorical? ‘ the words bounced themselves to death on the floor.

Unwittingly the man’s incantation summound lively debate at the table. The man who was about to do, still standing with his hands clasped could hear the voices. He could even see the mouths moving but he couldn’t tell which mouth was making which noise.

‘I’ m not interested in whether or not the ‘we’ was metaphorical, royal or what. If he didn’t mean it then he shouldn’t have said it. As you can tell I take great exception with being involved in something without being asked’.

‘We’ re hardly involved are we. I’d go as far as to say we’re barely even complicit.’

‘That rather depends on what he was going to do.’

‘Surely you mean, what he is going to do. He hasn’t done anything yet’.

‘For goodness sake, you know exactly what I mean’.

‘I don’t know but if we’re all going along I want to know where we are going and what we are about to do’.

‘We don’t know that he is about to do anything’.

‘But he clapped his hands. Said ‘ right’ in a masterly way’.

‘In charge of what?’

‘I certainly didn’t put him in charge’.

‘In charge of what?

‘In charge of us doing what?’

‘We don’t necessarily have to be doing anything for him to claim authority over us.’

‘Ego. A desire for superiority?’

He felt the eyes in the room searching him for any signs that might prove their point.

‘That would be typical of a man that would’. Offered the woman from Norfolk.

Her friend leapt to the defence, ‘I’m not sure body shape has anything to do with wishing to claim superiority over others. I know plenty of woman who desire the same. It’s little throw away comments like that that hold us all back’.

‘I’m not being held back by anyone’, sald the man to her left, now fully engaged. ‘Just because she said something doesn’ t mean I have to believe it. I might just think she’s stupid’.

‘Well that is nice’. The woman from Norfolk’s  sarcasm rang like a bell to signal the end of the round.

As if to reflect the atmosphere in the room, the weather had taken a turn for the worse. Rain now battered the glass door behind the stationary doer, and the wind, finding a crack in the old window frame, sent a low, pitiful whistle to spin in the silence.

Then, without warning, the doing man uncoupled his hands, took a deep breath and with a heavy sigh, bent his knees, re-finding his chair. The defeatest streak in his family ran all the way back to the Anglo-Saxon. It didn’t hurt to be beaten. Not any more.

The time would come.

Tweet
This entry was posted on 8 May, 2021 in homepage and tagged Ben Greenland. Bookmark the permalink.