Some observations on this new Faber publication from Alan Dearling

Perhaps start with listening to Bill Frisell. After all, he’s a masterful guitarist.

To be honest, I’ve heard a considerable number of albums with Bill Frisell on them. Author, Philip Watson says that there were 748 of them listed on Discog.com at the time of the publication of this biography. I own a few of them, particularly the ECM ones, especially the relatively early albums such as the couple with Jan Garbarek. Bill has also worked with Fred Frith, who I interviewed a few years back. So, some slight connections, but I have to say that I find his ‘style(s)’ often a bit ‘soft’ for my personal liking. Not quite MOR music, too accomplished for that, but he’s a jazz guitarist who often has mixed in interpretations of ‘standards’ with his own compositions. He also sometimes operates at the ‘soft’, gentle end of the musical palette. 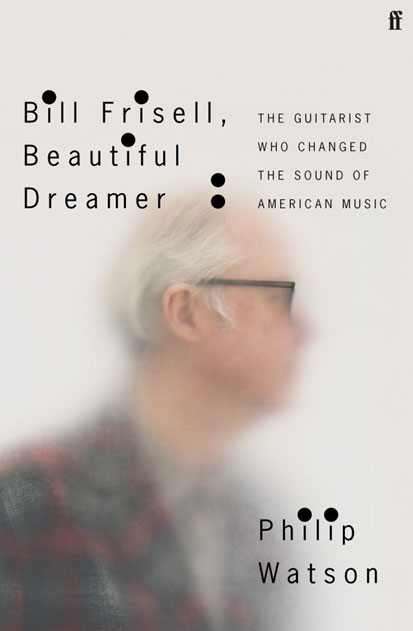 This book bursts much of my personal Frisell ‘bubble’ of ignorance. It’s a massive compendium of Bill’s collaborations with hundreds of world-class musicians and indeed artists. It is a genuine opus encapsulating Frisell’s ideas, collaborations, compositions and his mindset. What author Philip Watson calls, The Frisell Dream. I wasn’t sure about the book when I started my read, but it offers an intricate portal into the great American songbook: folk, jazz, popular, classical – indeed, ‘music’! Hundreds of snapshots of information, recordings, gigs, musical explorations, sign-posts and opportunities for searching out the music of Bill, from the 1980s to the present day. At its considerable heart is the odd juxtaposition of Structure and Discipline and Freedom and Improvisation. The book links this enigma to the imaginary island of Frislandia. A floating mirage.

In putting together this shortish review of the new biography about Bill Frisell, I’ve added in some video links to enable you to listen in to the man and his music for yourself. For many of his early years he appears to have modelled himself on guitarist Jim Hall. A fine role model, but in jazz terms, perhaps regarded as ‘safe’ and fairly traditional.

Frisell is probably best known for his layers of harmonics, his use of foot pedals and loops. He’s a very nuanced player and in Philip Watson’s new biography this makes Frisell come over as being a conundrum, full of musical contradictions. This, rather like the book about him, Bill Frisell features as a human musical chameleon, and something of a frustrating melting pot of all-styles and all genres. This is underlined by the many years it took Bill to become the ‘main man’ in jazz groups. The book takes an episodic approach to Bill’s life. In the initial stages of his musical journey he was very much a ‘go-to’ sidesman, a master of all styles – one of those fabled musician’s musician.

The contention of the author is that Frisell is “The Guitarist Who Changed the Sound of American Music”. Not so sure on that one. The book certainly offers many testaments to the musician’s ability to completely transcend ‘jazz’ and engage in myriad worlds that mix sounds and visions. There are many hundreds of voices in the book describing Bill as a genius, a Svengali-like musician, but also a bit of geek, a loner, an oddball outsider with the characteristic of slow speech and a fast and agile musical brain. His album helmed by producer, Hal Willner, ‘Unspeakable’ in 2004 won Bill and Hal a Grammy award. But, it’s the unusual excursions into fusions of jazz and rock, American standards, the worlds of John Lennon and Hunter S Thompson, world music and composing, and playing music for films (including soundtracks for Buster Keaton films), videos and animations that create some of the most vivid sections of Philip Watson’s often fascinating book. Such as when we hear that, “Frisell sparks the colours of a symphonic storm” in ‘Strange Meeting’ with his Power Tools trio. It was dubbed as a Super Group at the time: Ronald Shannon Jackson – Bill Frisell – Melvin Gibbs: ‘When We Go’: Power Tools, Live from ‘The Strange Meeting’: https://www.youtube.com/watch?v=o3nzloBmuPE 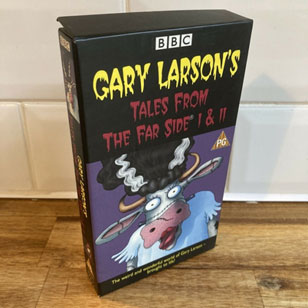 Paul Motion, John Zorn, along with Jim Hall are frequently referenced. Not always as co-performers, but often as mentors and exemplars. Likewise, ‘Far Side’ artist Gary Larson, who became a friend of Bill’s and created the woozy, wonky musical tapestry of 1996’s ‘Tales from the Far Side’ from the Bill Frisell Quartet which was used to accompany the TV series: https://www.youtube.com/watch?v=OQH5W-hyD5Q

As an example of musical sign-posting, I read in Watson’s Frisell biography about his sonic studio experiments on two albums, ‘Floratone’ (2005) and ‘Floratone II’ (2012), which Watson describes as: “…a swampy, spacey trip to soundworld where jazz, blues, dub, country, rock, funk, trip-hop and psychedelia seem to simply coexist.” These were part of a collaborative project conceived with drummer Matt Chamberlain. It reminds me of the boundary-bending sonic experiments of Miles Davis. It just naturally ‘grooves’. Music created well ‘outside’ the Box.

Philip Watson deserves to be congratulated for rigorous research and mind-bending, sometimes numbing, attention to details. He is very much a Frisell ‘believer’, sucked inexorably into ‘fandom’ and this is a drawback in terms of making a critical assessment of the diverse range of Frisell material. Watson uses others to gently and sometimes not-so-gently criticise, for instance in connection with the John Lennon album, ‘All we are saying’ and ‘Guitar in the Space Age!’ Watson comments: “There were further charges that Frisell was again simply into vanity project(s) and cosy nostalgia.”

As a balance, here’s an example of his striving for sonic perfection: Bill Frisell live with ‘It should’ve happened a long time ago’ from HARMONY for the Blue Note label 2019: https://www.jazzwise.com/news/article/bill-frisell-in-harmony-with-blue-note 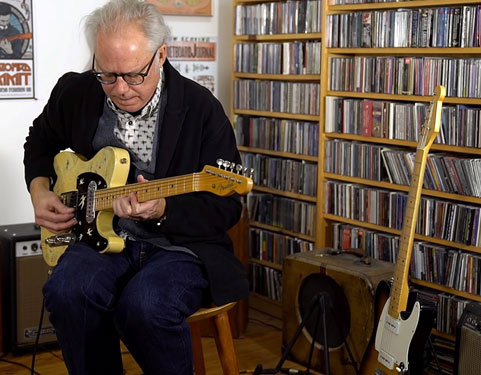 Tweet
This entry was posted on 2 April, 2022 in homepage and tagged a biography by Philip Watson, Alan Dearling, Bill Frisell – Beautiful Dreamer. Bookmark the permalink.