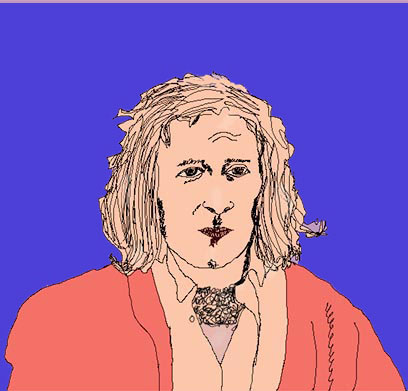 Someone said:
Resistance to tyranny
is obedience to God.

Someone said:
Have faith in the Lord
but get out of the way
of rolling rocks.

Someone said:
These people must be stoned
out of their gourds
if they think that we
are going to sell our souls
to the system of the beast.

Someone said:
Welcome, my son,
welcome to the machine.

Someone said:
It is not a tool
that is good or evil,
but in how it is used.

Someone said:
I bet one of these wrenches
would work wonders
when shoved sideways in that gear.

Scott Thomas Outlar lives and writes in the suburbs outside of Atlanta, Georgia. His work has been nominated for the Pushcart Prize and Best of the Net. He guest-edited the Hope Anthology of Poetry from CultureCult Press as well as the 2019, 2020, and 2021 Western Voices editions of Setu Mag. He has been a weekly contributor at Dissident Voice for the past seven years. Selections of his poetry have been translated into Afrikaans, Albanian, Azerbaijani, Bengali, Dutch, French, Hindi, Italian, Kurdish, Malayalam, Persian, Serbian, and Spanish. His seventh book, Evermore, was written along with coauthor Mihaela Melnic and released in 2021. More about Outlar’s work can be found at 17Numa.com.

Tweet
This entry was posted on 2 April, 2022 in homepage and tagged nick victor, Scott Thomas Outlar. Bookmark the permalink.