BIPPETY AND BOPPETY CHAT WHILE WAITING FOR THE BUS 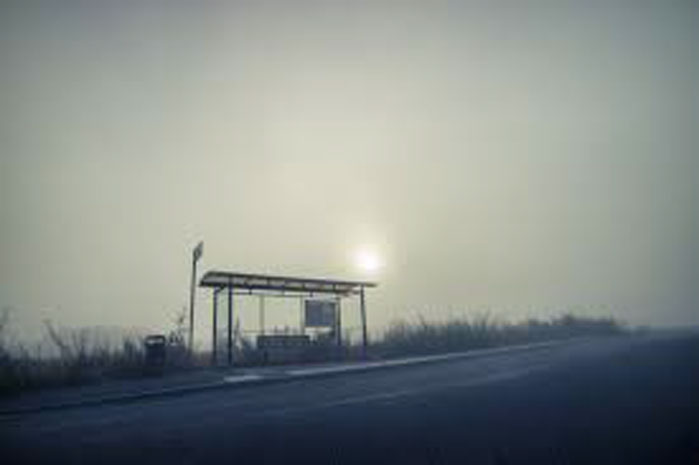 BIPPETY AND BOPPETY CHAT WHILE WAITING FOR THE BUS IN NOVEMBER

– If the sky comes any closer and the day gets any darker
I think it’d be reasonable to ask for our money back.
– You have been rather gloomy of late.
– I admit I am indeed prone to melancholia these days.
– Never mind. The bus to take us home will be here soon.
– Home, haven of our dreams . . .
– That’s far too lyrical. I told you not to have that second half of shandy.
– Home. The new neighbours are probably nice enough people in their own way but if they could find somewhere else to live the happier we would be.
– Yes. Once upon a time neighbours would be friends. Now they’re barely neighbours.
– The world is grey and full of strangers.

BIPPETY AND BOPPETY CHAT WHILE WAITING FOR THE BUS IN DECEMBER

– Another year staggers to its close.
– If we’re lucky the bus to take us home will be here soon.
– Expectations always fail to be met.
– I’ve always wanted to ask: What do you make of Samuel Beckett?
– When people tug on me everything begins to unravel.
– Fair enough. Where’s that bus?
– Home, the enchanted castle . . .
– The castle is a little bit grubby.
– If only the children would visit. They refuse, even though they’re legally obliged. They say the water closet contravenes hygiene regulations.
– I didn’t know you have children.
– Nor did I. My imagination sometimes runs away with me.

Tweet
This entry was posted on 18 December, 2021 in homepage and tagged Martin Stannard. Bookmark the permalink.