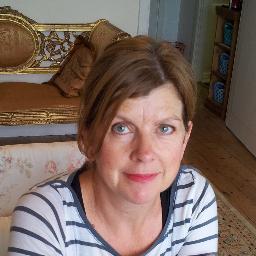 In the small town square of San Jose, lofty palm trees sway in the late afternoon sunshine, striping the pale flagstones with long, lugubrious shadows. The voices of children echo hazily from the playground and the lazy Med can be glimpsed to the east, rolling slow waves onto pale sands.

This evening there is a stranger in our midst. He has longer hair than most men in San Jose; nut brown curls, paler, salon, highlights. He is wearing gold rimmed glasses and has a small pair of opera glasses round his neck, but what really marks him out is the empty birdcage on the path beside him.

The stranger is gazing up at the top of a palm tree, a satisfied smile plays on his lips. A small group of curious boys has gathered to discover his purpose, debating their theories in whispers. Three elderly men sitting on a nearby bench occasionally glance his way without interrupting their unhurried, southern, conversation.

As we pass, we pause to ascertain what it is that intrigues our stranger so… ‘Buscar…’ he says, pointing to the highest fronds. ‘Can you see him? Look…right up at the top, he’s blue…’
After a while, and shading our eyes, we make out a budgerigar against a backdrop of azure, with a plump white breast and a bright blue head, clinging to highest point of the swaying palm.

‘I have trained him,’ says the man. ‘When I am ready, I will use these to bring him home,’ and he produces a pair of castanets from his trouser pocket.

Among the natives of Andalusia, this land of gypsies and wine, wilderness and guitars, the notion that any living being would willingly surrender its glorious liberty, its chance to dance unfettered in the firmament, and for nothing too, elicits nothing but the deepest scepticism. The elderly men, who had paused to hear what the stranger would say, shake their heads and continue their conversation.

‘Why don’t you catch some cicadas?’ asks one of the little boys. ‘We once trapped a bird like that…’

‘There’s no need to trap Blue,’ says the man. ‘Watch, I am going to call him now…’ and he clacks his castanets in a special rhythm, clack clack clack and-a clack clack… ‘Blue’ he calls in a surprisingly resonant baritone. ‘Vamos bonita!’. He looks round at the little boys and winks. He bends down and opens the cage door, readying it for its occupant.

Standing back up he shades his eyes, scanning for Blue who remains unmoved by the command, tweeting happily in the tree.

The stranger clacks again and calls again. Blue remains swaying on his green perch. ‘He will come when he’s ready,’ says his master, eyeing his independent pet with pride.

‘Where are you from, Senor?’ one of the old men asks him.

‘Ah Madrileno,’ the old man reports to his friends, as though that explains it all.

‘Blue!’ calls the man from Madrid, ‘vamos bonita! Arriba!’ He looks around at the little boys who are animatedly discussing the situation. ‘It’s because you are here,’ he tells them. ‘Can you move a little… away from the cage?’ The boys shuffle back behind the trunk of another tree. The man from Madrid returns his attentions to the budgie, clacking his castanets rather less confidently than before.

Blue flutters his wings and starts to fly. The man beams with delight ‘Si….vamos!’ he coos encouragingly. But Blue, instead of swooping down to the empty cage soars off onto the roof of a large white villa in a neighbouring street.

The man from Madrid takes out his mobile phone and issues some hurried commands before picking up the cage and decamping onto the street outside the villa, which is protected by walls, a tall iron gate and security cameras. We are among the small group that follow, irresistibly drawn into this battle of wills, this man versus budgie stand-off.

Blue begins to strut along the parapet, his chest puffed out and warbling the joys of his freedom.

The man from Madrid’s wife and teenage son arrive struggling under their cargo which includes a ladder, a small baton and a long fishing rod.

The man seizes the baton and holds it up towards Blue, tapping it and then tapping his own shoulder as he calls to the wayward bird. Blue responds by turning on his heels and strutting back the other way along the parapet. ‘I trained him with this stick in the flat,’ the man explains. ‘At the sound of the castanets he flies onto the baton and then hops onto my shoulder, receives a small treat -’

‘Dried cicada?’ interrupts one of the small boys who have also tagged along. The man smiles tensely: ‘No…seeds…’; he digs into his pocket and brings out a handful of seeds which he now holds up, somewhat imploringly to Blue.

‘Vamos bonita,’ he calls and Blue, unsteady on his wings after years of captivity soars up into the blue sky and flutters around before heading our way. The Man from Madrid is delighted and clacks his castanets, holding up the baton expectantly. Blue lands in a eucalyptus tree above our heads and peers down at his master with evident interest.

The man from Madrid beckons to his wife to bring the ladder which they hurriedly erect against the wall. The man climbs up the ladder and holds out the perch, but Blue is still way out of reach. The man climbs back down and indicates in sign language to his son, a well upholstered youth wearing three-quarter length shorts and a long nylon sports shirt, that he should bring him the fishing rod.

With the fishing rod wobbling above his head, the man now sets off up the ladder for a second time. Perching precariously on the top rung he manoeuvres the tip of the rod towards Blue’s feet. Blue looks at the thing with his head on one side. ‘He’s confused,’ the man explains, descending the ladder with care.

Now the man from Madrid’s wife brings out of her capacious handbag an enormous roll of sellotape and father and son set to, attempting to tape the baton to the top of the fishing rod. After five minutes screeching of sellotape and heated exchanges as to the best method to adopt for the task, the man from Madrid emerges from the family huddle with the baton crossing the top of the rod, a globe of sellotape in the middle, like some ghastly effigy based around the crucifix.

Meanwhile Blue takes to the skies again, attracting the attention of a lady wearing a leopard skin coat – despite the heat – and walking a small white dog. She too now stops to watch the drama.
Blue alights on the handrail of the balcony of a second floor flat on the other side of the road. ‘That’s good,’ says his owner and the ladder, the fishing rod perch effigy, the castanets and the cage are all re-united on the opposite pavement.

The man mounts the ladder again and holds the perch enticingly up to Blue’s feet. Blue looks at the familiar baton and the neurological pathways that make us repeat actions, however unfortunate, at given prompts, begin to open. Just as he is about to surrender and hop onto the perch however, an enormous shiny black jeep which was parked on the street just by the ladder, roars into action and upon being revved up several times, sets off with a screech of tyres towards town. Blue flies off in alarm and the man from Madrid, stamping his foot in frustration, causes the ladder to wobble precariously and is only saved from breaking his neck by his wife leaping firmly onto the bottom rung to clutch his legs while the son holds the ladder’s two sides.

‘Where is he?’ asks the man from Madrid, scanning the trees with his binoculars. A few people point in the direction Blue was last seen which is deep in the back garden of the walled villa.

Clearly moved by his father’s despair, the son, despite his evident lack of athleticism, decides to act and begins to scale the villa’s wall, grabbing at the top with both hands and attempting to walk up the wall with his flip-flops. Abandoning his impractical footwear he launches a second attempt and this time succeeds not only in hauling himself up to the top but disappearing over it with alarming rapidity.

The man from Madrid re-erects the ladder and follows son over, pausing only at the top to gesture to his wife that she should fold the ladder and hand it to him. He now places the ladder inside the wall to facilitate their return and the two can be heard crashing about in the undergrowth calling out to the elusive Blue.

But dusk is now falling, touching streets and houses and trees with velvet. The night’s cacophony begins with stray cats yowling and unseen night birds chatter and whoop. ‘Blue…vamos bonita’ continues to be heard, along with the castanets, but it is now but a minor theme in this nocturnal symphony.

The little boys have been called home to supper and the old men have adjourned to a bar. The lady in the leopard skin coat has continued her evening stroll and only the man from Madrid’s wife remains, waiting patiently and loyally on the pavement by the wall, casting the occasional mournful look at the empty cage at her feet.

We too head off, through abandoned playgrounds crowned with the rattling shadows of palms, down dark and dusty streets with their dense scent of jasmine, and we are talking, now and then, of Blue.

As we approach the little street where our house is, a large owl swoops across our path, then, turning his sharp eyes and hooked beak towards town, flaps off on great wings through the night.

One Response to BLUE MOVIE