Bob Stanley: Let’s Do It! The Birth of Pop

New book from Faber and Faber

Some thoughts and ruminations from Alan Dearling 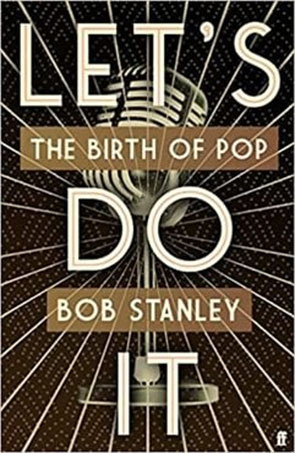 “The first book to tell the definitive story of the birth of pop…” so claims the ‘blurb’ at the beginning of this massive tome. (656 pages in hardback)

Quite a challenge. Does Bob Stanley’s book achieve that quite massive aim (to go boldly forth etc. etc.)? Yes, sort of…given that Bob has a lot of knowledge, has undertaken lots of research, and has an even greater propensity to share ‘opinions’. I can also commend Bob’s initial mission statement of intent, where he proclaims:

“Above all, I wanted ‘Let’s Do It!’ to be entertaining. Almost everyone in this book would consider themselves an entertainer. I’d be letting them down if I wrote an encyclopaedia.”

If you are a bit of musical anorak-wearer, this could be a book for you. I guess the anorak fits me too, so there’s lots that I learned as I read through the chronology of pop, commencing from about 1900, a time before the gramophone and the 78. Times before jukeboxes too. It’s quite United States of America-centric. A history of the ‘Great American Songbook’, with plenty of asides into the UK’s quirky history (or, histories) of vaudeville, music hall and later, musical theatre, cinema, recordings/record-buying and live performances. 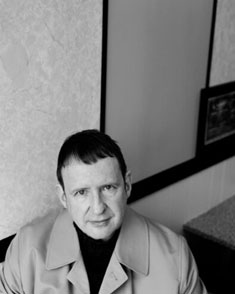 Bob Stanley is a writer who exudes wit and wisdom. This means that it is an enjoyable ‘trip’, a fairground ride – sometimes a merry-go-round and sometimes a roller-coaster. Many of the best bits, the juicy bits, are buried in the ‘footnotes’. And to make the most of the ‘ride’ really requires   searching out music and musicians. It means checking out at least some of Bob Stanley’s assertions. Making up your own mind, in other words!

There are also some ‘impressions’ that come out of the overall reading experience offered in ‘Let’s Do It!’ One is that ‘dance’ is a common thread and raison d’etre for music as a participatory form, rather than purely as form of entertainment with performers and audiences. Interestingly, it made me think about the gender of the customers for music, which feels interestingly biased towards the ‘feminine’. Music as racially segregated – White and Black music is also explored in detail. There’s also much discussion about the concept of ‘pop’ as ‘popular’ (music). Which, in turn links in with the relative ‘values’ attributed to mass-markets for music consumption, notions of ‘easy listening’, ‘middle of the road’, and genres like minstrelsy, light classical, ragtime, stride piano, barbershop, jazz, big band, folk, blues, skiffle, ballads for crooners, and rock ‘n’ roll.

Any attempt at ‘reviewing’ such a book will only provide a glimpse into the vast array of artists, songs, music and the changing tastes of the public during nearly 100 years, commencing with the earliest experiments in music recordings.  What seems important is that such a compendium of snapshots of popular music actually now exists. The sale and distribution of sheet music, copyright issues, radio broadcasting (and controls), the arrival of TV, and commercial business opportunities and management/record labels – they all play significant roles in the various strands of the story of pop’s evolution. I guess it’s also important in 2022, to understand that songs – the words and tunes have been sung and recorded, archived, sometimes re-discovered, and re-interpreted over many decades. For example, ‘Now’s the Time’ was a 1945 composition from Charlie Parker, then became Paul Williams’ number 5 hit, ‘The Huckleback’ from 1949, was re-worked and titled as ‘Shuffle Shuck’ by Jimmy Liggins, recorded in two more versions that year with vocals by Frank Sinatra and Tommy Dorsey, and later became a hit for Chubby Checker in the 1960s, and for Coast to Coast in 1981. And Mark E. Smith from The Fall recorded a parody version called, ‘Hassle Schmuck’. That’s just one ‘story’ of one song… 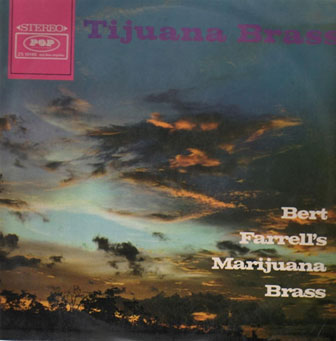 Whether you want to find out snippets of info about ‘Oklahoma!’, ‘Jesus Christ Superstar’, Sophie Tucker, Rudy Vallee,  Al Jolson, Louis Armstrong, Glenn Miller, Coleman Hawkins, Harold Arlen or Engelbert Humperdinck (originally known as Gerry Dorsey, though actually, Arnold Dorsey!), Doris Day, Petula Clark, Billie Holliday or Anita O’Day (“a walking advert for fun and positivity”), Anthony Newley and the arrival of Elvis, then the Beatles, you can be pretty sure there’s a story-line buried somewhere in Bob Stanley’s frequently fascinating compendium. A rather lovely throw-away line in a footnote concerns the Torrero Brass, who: “…made arguably the most exhilarating version of the Beatles’ ‘Please, please me’. They also cut a single as Bert Farrell’s Marijuana brass, which deserves a hat-tip.” A lovely little sound-bite gemstone. The book is also very much about the song-writers, and their shows and hits. From Gilbert and Sullivan, via George Gershwin, Irving Berlin (originally Israel Beilin) to Burt Bacharach, Tim Rice and Lennon and McCartney – this is a testament to the originators of the songs. As Stanley reminds us, John Lennon “…disparagingly referred to these songs (like Paul’s ‘Yesterday’) as Paul’s ‘Granny Music’.”

The greatest discoveries for the reader in this book are the importance of certain key characters. I hadn’t realised the P.G. (Pelham Grenville) Wodehouse wrote and co-wrote many songs for musicals including for ‘Oh Boy!’, a major hit in 1917 and ‘Showboat’. Nor, quite how important Bing Crosby was in the development of popular songs. Or, that Rory Gallagher and Chris Barber recorded an album that Stanley calls, “an unlikely, but terrific trad jazz/blues rock fusion” (1972). However, I may not agree with Stanley’s assertion that, Matt Monro’s ‘Softly as I leave you’ from 1962 “…was one of the greatest songs and productions of the decade…”  I think I might have added in Tiny Tim’s rendition of ‘Tiptoe through the tulips’, which along with the Bonzo Dog Do-Dah band, brought music hall, jazz and vaudeville into the pop culture of the late 1960s.

Matt Monro, ‘Softly as I leave you’: https://www.youtube.com/watch?v=Nx_ktGU3-tQ 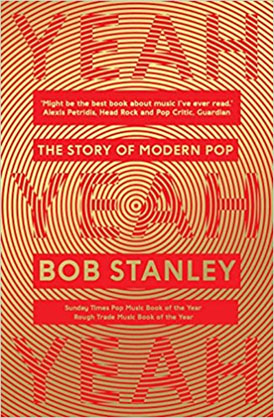 In Bob Stanley’s Epilogue he suggests the reason that the underlying importance of popular, ‘pop’ music is that:

“…the original time frame of the music in this book hasn’t stopped much of it from time-travelling to become a part of the current century. That’s quite magical.”

‘Let’s Do It!’ is very much the prequel to his book, ‘Yeah, Yeah, Yeah: the Story of Modern Pop’.

Tweet
This entry was posted on 14 May, 2022 in homepage and tagged Alan Dearling, Bob Stanley. Bookmark the permalink.