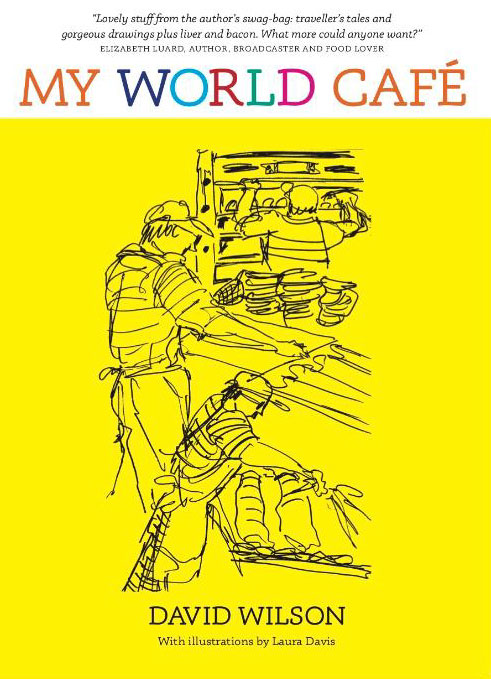 David Wilson’s new book, My World Cafe is a work of 28 chapters – or courses; think Versailles banquet going on all day and night!  But this is far from decadence and greed, rather a celebration of something as necessary to our survival as oxygen and love. Wilson’s 28 servings cover Liver and Bacon to Apple Strudel, Lamb on the Spit to Tepsi Baytinjan,  Borscht to Tomato and Chan Curry – and plenty else from all over the World.  Each recipe is delivered in the company of a person important to him, the memory of taste heightening the memory of that person and place, with the history of the food folded in like a delicious batter.  ‘Mushrooms,’ recalls picking them with his friend Jim. ‘Paella’ of his chef friend Lee, with the history of that dish. Did you know they once chucked in water voles? (An old Valencian custom).   Each chapter is packed with history, politics and activism as well as the recipe. Nothing didactic here and all of these ingredients blend nicely.  I asked David Wilson
JW – Some people eat to live, others live to eat. Where did your joyful, balanced
attitude towards food come from?

DW – Sadly too many people in this world want to eat but cannot because they cannot afford to do so. Amongst those who can afford to eat there are those who treat food as a necessity and gulp their food down as though it’s a necessary nuisance. I’m with Shakespeare on this one – “If music be the food of love, play on.” Eating, and eating well, is a pleasure and a privilege and occupies a central part of what it means to be alive and in communication with others.

JW – If you were stranded on a dessert island alone, and you were granted one meal from the book, which would it be?
DW – I would prefer to be asked what I would choose to eat as a condemned to death prisoner. My answer would be a meal with many courses, served by many chefs and involving all my friends. First we would have to discuss what we wanted to eat and let that discussion last many hours. Then we would have the chefs do ‘slow-cooking’, particularly with the meats. The many and tiny dishes would be taken from Middle Eastern recipes and some Japanese and Chinese foods. I hope wines and beers would be allowed because, after everyone has been well fed, including the guards, we would be hugging each other as brothers and sisters and I would manage to get the keys and escape.

This second great answer to my slightly altered question (only framed because of the dessert gag) says it all, a reviewer’s dream in fact, as it brings in the book’s meta politics – is that a word? You heard it first here – because eating, drinking and preparing food together opens the emotional valves. I recall a series of rancorous political meetings where plans were made to cook and eat together for the next meeting.  We sorted it out.   Get the book for Christmas presents, only a tenner, the cost today of three lattes or a dodgy burger.
Jan Woolf
https://riversmeetproductions.co.uk/publications/ 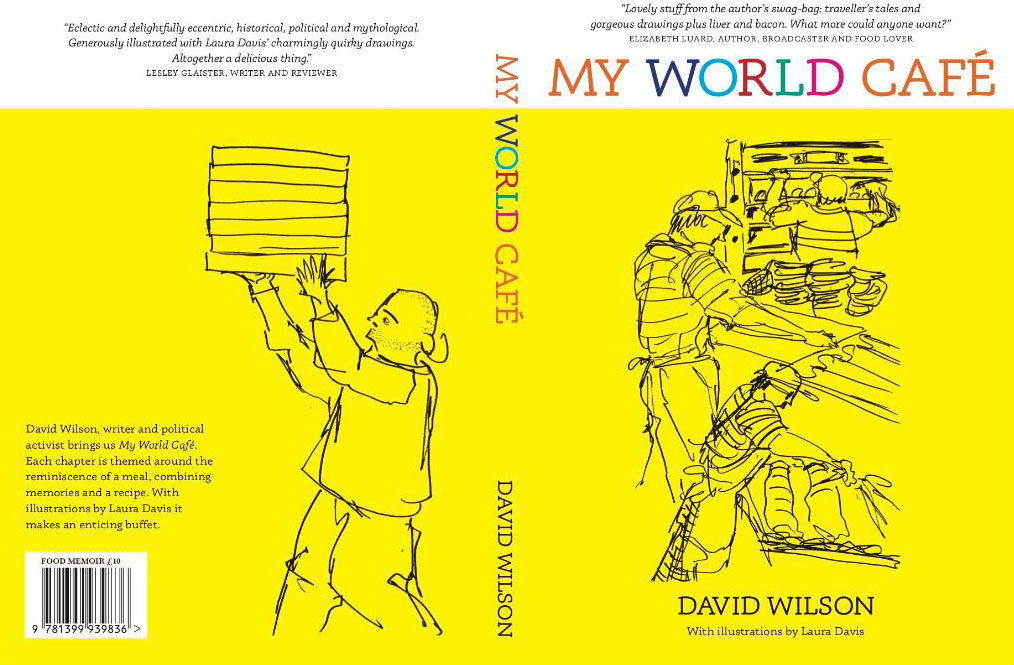 View all posts by Jan →
This entry was posted on 4 December, 2022 in homepage and tagged David Wilson, Jan Woolf, Laura Davis. Bookmark the permalink.