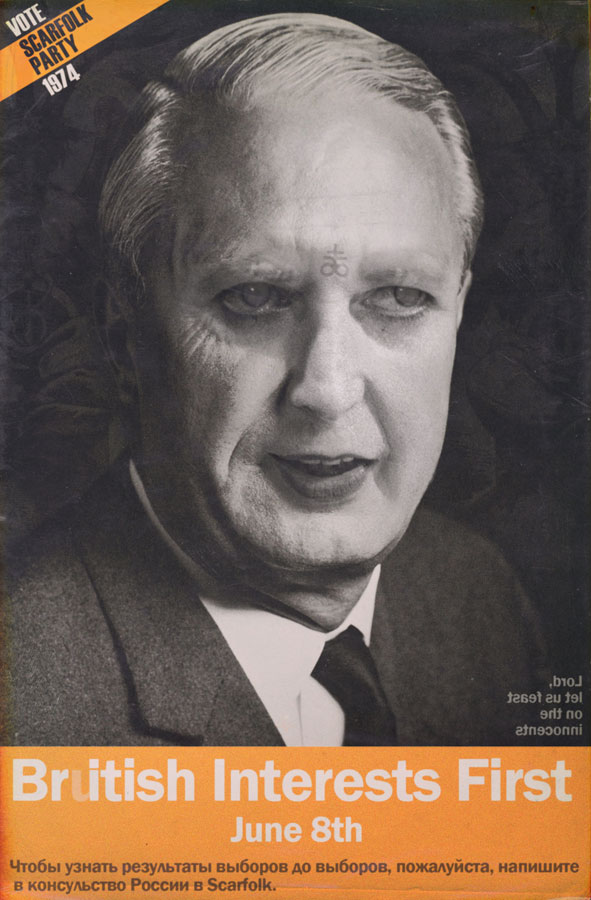 Gerry Mander (see above) was the Scarfolk Party candidate in the 1974 election. Though much of his nationalistic campaign consisted of subliminal brainwashing techniques, complicated satanic invocations, and simply lying and punching liberals in the face, he did also proffer tangible promises.

For example, he wanted Britain to be the first western nation to construct an underground sewage system designed specifically to transport its disabled and sick to landfill sites. He also insisted that women finally be recognised as the most valuable resource in their husband’s or father’s livestock.

Most of all, he strongly promoted British exports such as conker wine and badger cheese and demanded that the UK be acknowledged as the clear trade leader out of all the world’s authoritarian third world nations.

Tweet
This entry was posted on 6 September, 2017 in homepage and tagged Scarfolk Council. Bookmark the permalink.

One Response to British Interests First