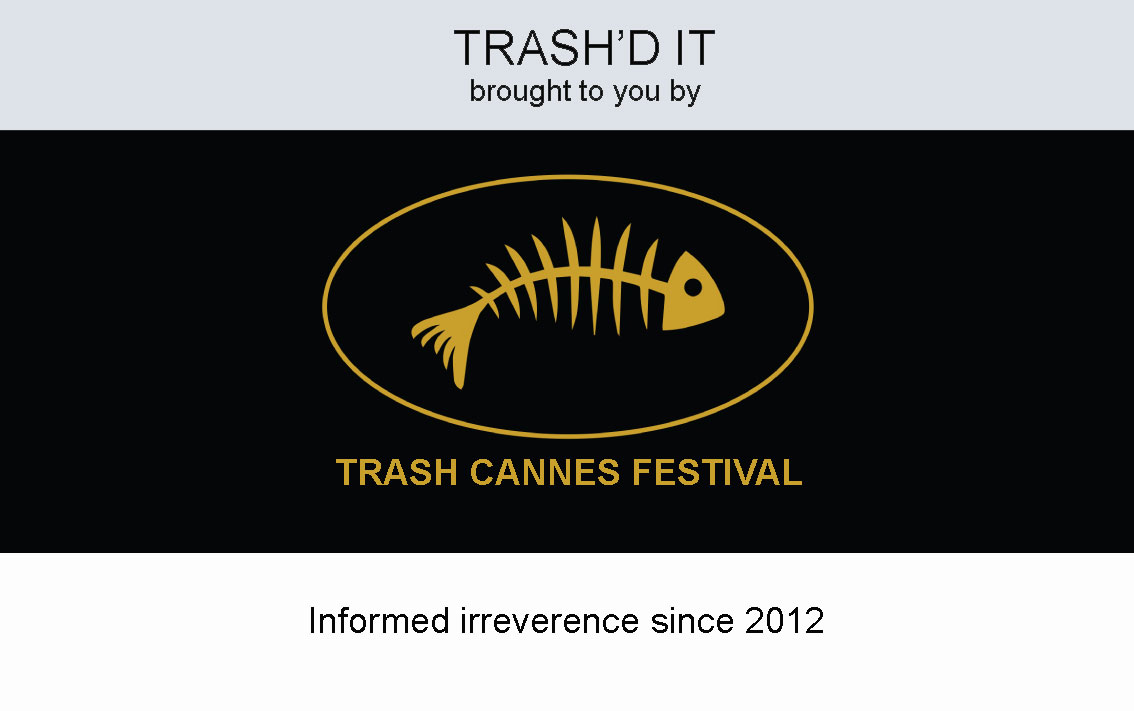 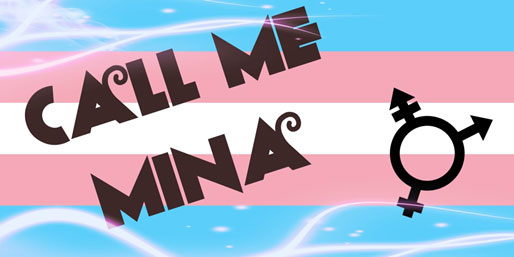 Growing up I could be quite the rebel, trying to lead a revolution in the classrooms, being outspoken about what society dictates we learn and what I thought we should be learning… and it could lead me to get in trouble at times.

Whilst that is important to learn about it, I was frustrated we weren’t being taught about gay or lesbian safe sex. Were we not important enough to be taught how to be safe? How we could prevent STDs? That it should not be taboo or something to be ashamed of? That’s how it felt. And I was furious.

I asked, in front of the whole class, why we were only learning about heterosexual sex and not LGBT+ things too. The teacher had no answer and looked somewhat embarrassed to be asked such a question. Most of the class exploded into laughter, insults being thrown, slurs being shouted. The thing is, some of those people, the ones being so horrible? They turned out to be part of the LGBT+ community when they were older. Feeling ashamed of who you are, and having such negative connotations attached to it is a heartbreaking thing to see.

“The T part of the LGBT+ community still has its share of struggles.”

Luckily, these days things keep getting better and easier for the LGBT+ community. Although it is not without its struggles, it’s not in the dark place it was just a decade ago. Most people in our generation have no qualms with the LGBT+ community and it’s only going to be more accepted over time as we get older and teach our children that all of this is perfectly normal and healthy.

However, the T part of the LGBT+ community still has its share of struggles. With many bigots attacking people in the street and making them feel unwelcome in places such as supermarkets or on public transport, where everyone has the right to be. 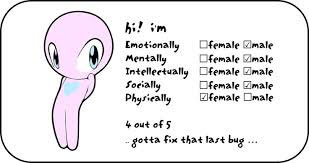 I recently spoke to Mina, a Trans woman, to see how she is dealing with the many aspects of being Trans and how she thinks LGBT+ should be incorporated into sex education.

When presented with this information:

“95% of young people didn’t learn about LGBT sex and relationships during their time at school, according to a new report. The major survey of 900 young people, conducted by the UK’s leading HIV and sexual health charity Terrence Higgins Trust, also found that 97% hadn’t been taught about gender identity.” – GT, Mina had this to say: 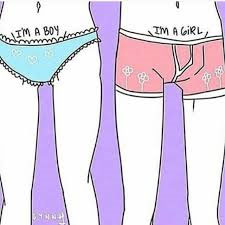 “We need LGBT sex education. Sex Ed is about teaching safe sex, and that shouldn’t be exclusively for straight/cis people. Everyone deserves to know this regardless of their sexuality.

We also need gender identity taught in school. It would help so much to normalise transgender and non-binary identities and help questioning youth help discover who they are. I hear a lot of complaints on the subject of teaching LGBT related subjects in school. The complaints typically come from the over-protective parents who don’t want to expose their children to this information.

Mina decided to open up about her experience with transitioning in the hopes that she is able to educate some people, inspire others and help those that are questioning their gender.

“It was a day or two after Transgender Remembrance Day a few years back. I had been reading a lot of online comics written by various Trans artists and found myself getting more and more absorbed into them. I decided to experiment with my appearance and clothing shortly after, since I had been questioning my identity since I was very young though kept it quiet.

“I didn’t really tell anyone for a while, believing it was obvious but I publicly came out as trans like, a year or two ago. It was a simple FB post saying something along the lines of “Hey, btw I’m trans lol” Many friends have been very supportive, I’ve lost some friends though, and as of writing this my family doesn’t know. It’s something I’m trying to build up too.

“The friends that have been supportive have really been wonderful to me, some have shared their clothing with me, have given me an ear to talk to, and a shoulder to cry on, in fact a few weeks ago a friend had brought me some silicone breast implants for bras. This was really thoughtful of them as a great deal of my dysphoria is in my chest.

“Some ‘friends’ however weren’t so kind, most just left my life without a moment’s notice, others decided to stick around a while and make light of my feelings and go out of their way to make me feel horrible about myself. Some friends even decided to start sexualising me, sending me sexual messages and such, seeing me as nothing more than an object to fulfil their fetishes.”

As you have said, you’ve not told your family or parents yet. How do you think they would react? Do you want to tell them, if so, how would you go about it?

“It’s taken many years and some of my family is just about comfortable with me having long hair, so telling them about my identity as a trans woman seems like a far off dream for now. They have always said they’re happy so long as I am, but they do have their prejudices, whether they’ll admit to it or not. I joked about it with a friend a while ago saying, “I won’t come out to them, I’ll just wait for them to ask me why I have tits” when I eventually start hormones.

“I have tried to ease my mother into it, I often bring up transgender subjects in conversation, trying to gauge her reaction, yet she always seems to change the subject. My father on the other hand once saw a picture of me in a dress on my Facebook account and called me up in an angry state, so I guess it is a cross-that-bridge-when-I-come-to-it kind of situation, though I’d like to check the map first. Fortunately though I don’t rely on my parents, as I live with my wife so at least they can’t throw me out. I truly feel for those who don’t have such a luxury.”

How has this changed your relationship with your wife? Or has nothing changed at all?

“I haven’t really noticed any changes in our relationship; She is a sweetheart and is very supportive. We share clothes, and makeup and we’re just like an old married couple. Again I’m very fortunate to have her.

“It is easier that my wife is queer in my opinion, obviously not to say a heterosexual person couldn’t date a trans person of course. But since we’re both queer I guess it cuts out any confusion and awkwardness.”

You touched on it slightly earlier, is it something you always knew or was it more a gradual thing? When and how did you know?

“I think my earliest thoughts of questioning my gender were, like… age 14? I remember always preferring to hang out with the girls in my school more than the boys, I guess I felt more at home and related to them more. I used to doodle pictures of dresses and what I thought would look pretty in my note books.

“During my school days I was very much into the Goth scene, so long hair, leather and panda style makeup. After school I got more involved in the heavy metal scene and felt pressure to dress manlier than I previously had. Looking back I wish I never caved into such pressures and dressed however I damn well pleased. But at least now I know better and I’m more assertive.”

How have the doctors been throughout the process?

“I’ve only had like, one meeting with a doctor about gender related stuff, and that was mostly having my blood pressure checked and weight checked, they were nice enough to not reveal my weight lol. The doctor I had at this meeting with was pretty good. Though like I said, it’s only been one meeting thus far.”

How is it affecting you mentally and emotionally?

“There is a lot of hatred for trans people in the world, and sometimes, it really hits you hard, you hear all these news stories of how many trans women are subjected to extreme violence and how people lose their minds at the thought of us using the bathroom. It starts to take its toll, but I have friends and loved ones to lift me up when I’m feeling down. I try to think positively and look forward to what tomorrow brings but at the same time I can be quite cynical.”

Have you ever experienced an act of hate in public before, if so, how did you deal with it?

“I’ve had more than a few people stare at me, and laugh under their breath, I remember some elder man looking at me on the bus once and I could clearly hear him say something like “Jesus Christ…” I’ve also had the more classical “Tr***y” slur thrown at me more than once.

“I try to ignore it; I’d be lying if I said it really didn’t get to me though. I don’t want things to evolve into a fist fight, I’m a tiny out-of-shape person, fighting is not something I’m really capable of.”

Have you ever regretted or felt unsure of your decision?

“I have a lot of regrets in life, and while I do often feel unsafe, being open with myself as a Trans woman is not one of the things I regret.

“Although being Trans comes with its struggles I feel happier with myself than I have in, well, ever. I no longer need to lie to myself, since coming to terms with my identity it feels like I’m being honest with myself for once and it feels like a step in the right direction.”

Are there any other parts of your life transitioning has affected?

“Having to pretend to not be Trans with family is pretty upsetting, so is going shopping for cute new dresses and realising I’m broke. Not quite as upsetting but still.

“It’s hard to deal with constant mis-gendering and ‘dead naming’ from my family. I just have to grit my teeth and smile and nod for now. And finding clothes is also a struggle, especially due to a lot of my insecurities such as my arms, I really don’t like my arms, or shoulders and I’m too insecure about showing any chest, so no cleavage revealing clothes for me until I work out these insecurities.”

What advice would you give anyone questioning their gender or considering transitioning?

“When it comes down to friends, I’d say bring up the subject and gauge their reaction, it’s hard to say and a lot of people say it, but friends who don’t support you are not worth your time. Also try to be patient with your friends, they may love and support you, but may mess up a pronoun here and there. Of course I’m not saying you shouldn’t call them out on it, but give them time.

“When it comes to staying positive, and dealing with the negatives, remember that while the world is a dark and scary place you do have people who love you. Like I said, people who don’t support you aren’t worth your time.

“Never let anyone tell you who or what you are, only you get to decide that. Also get your friends to do your makeup, it’s way cheaper!”

All images are creative commons or writer’s own.

One Response to Call Me Mina