On 15 September 2016, comedian and broadcaster Jeremy Hardy, former Mayor of London Ken Livingstone and ‘father of alternative comedy’ Tony Allen were among friends, work associates and admirers who crowded a Housmans Bookshop for the launch of Heathcote Williams‘ latest book Brexit Boris – From Mayor to Nightmare. Jeremy Hardy called the book forensic and poetic in its anger: “It’s fucking visceral. He hates Boris Johnson,” he said. “It’s prose, but it could only have been written by a poet, it could only have been written by Heathcote … and it would utterly destroy Boris Johnson, if he had the attention span to read more than a couple of paragraphs.” 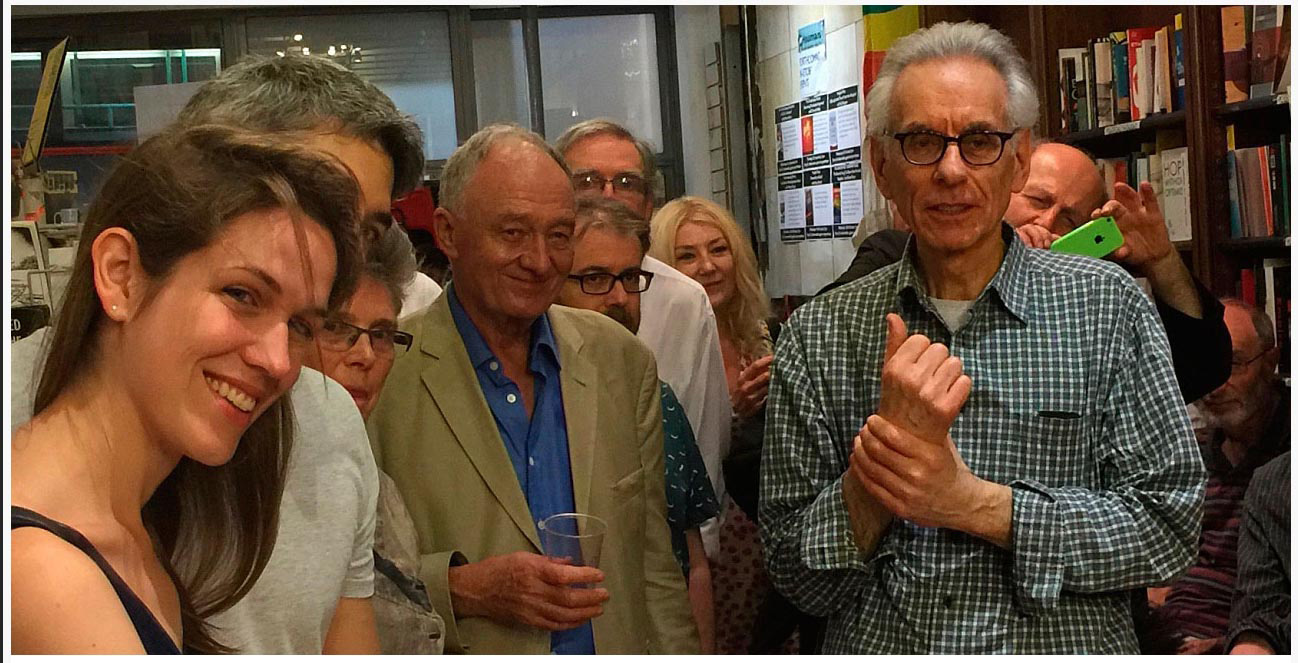 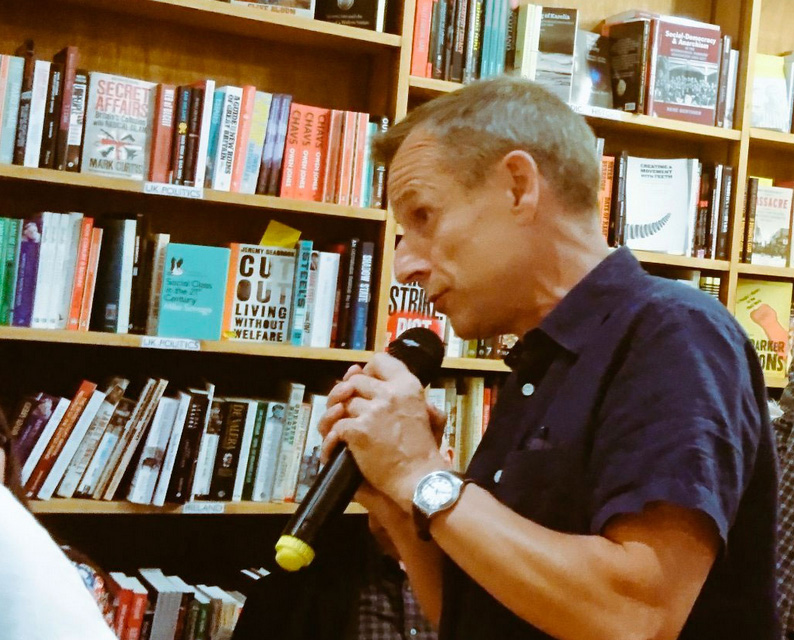 Tony Allen recalled how he and Heathcote had pioneered graffiti culture in the 1970s and how they ran the Ruff Tuff Creem Puff Estate Agency for Squatters in Notting Hill.

Actor-producer Roy Hutchins, who has presented Heathcote Williams’ work in theatres across Britain for over 30 years – from Whale Nation in the 1980s to Poetry Can F*uck Off at this year’s Glastonbury Festival – was joined by guitarist Steve North in performing three of Heathcote’s poems put to music. 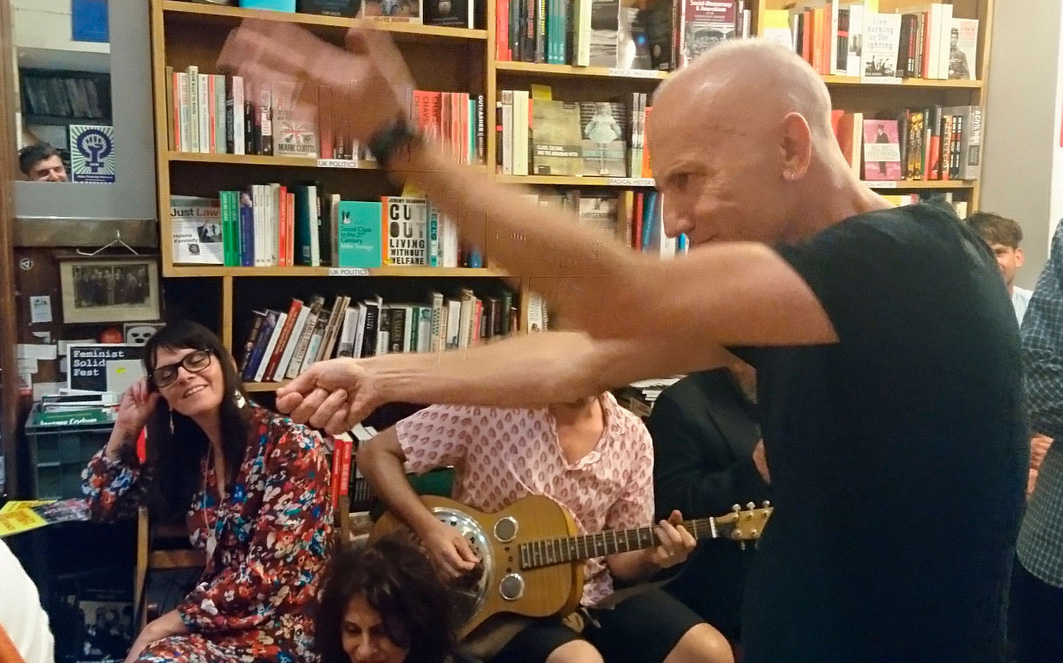 David Erdos, who produced Heathcote’s epic Killing Kit at the Cockpit Theatre in 2014, told the audience how many years ago browsing in a second-hand bookshop, he stumbled on Heathcote’s play The Immortalist: “The last line blew my head off – ‘There are people alive now who will never die, put that on the news’”. That, says David, ignited his love of language and what writing can do. 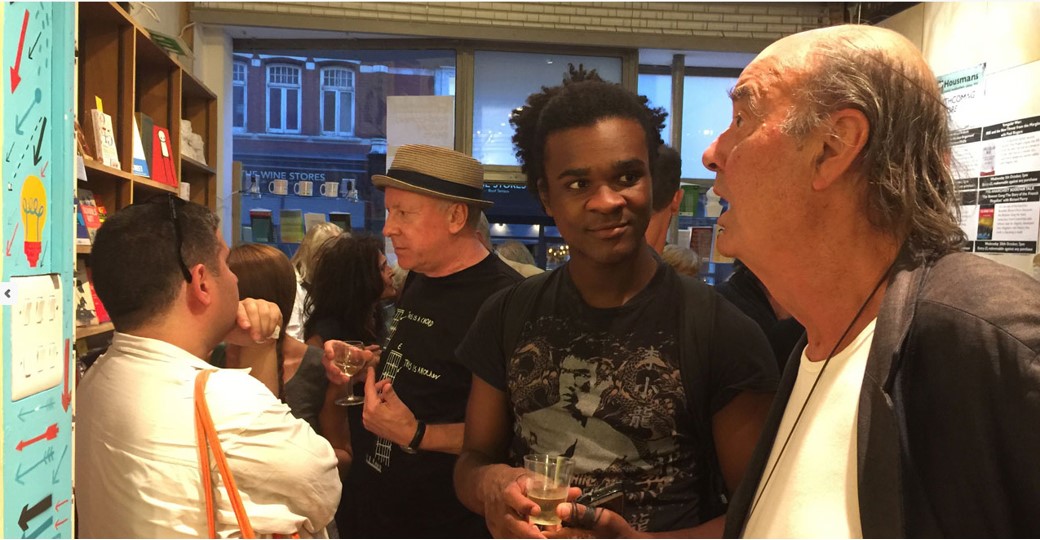 Young author Saira Viola, whose latest novel Jukebox has been highly praised by Heathcote, explained how he had inspired and encouraged her in making her way in the world of literature. 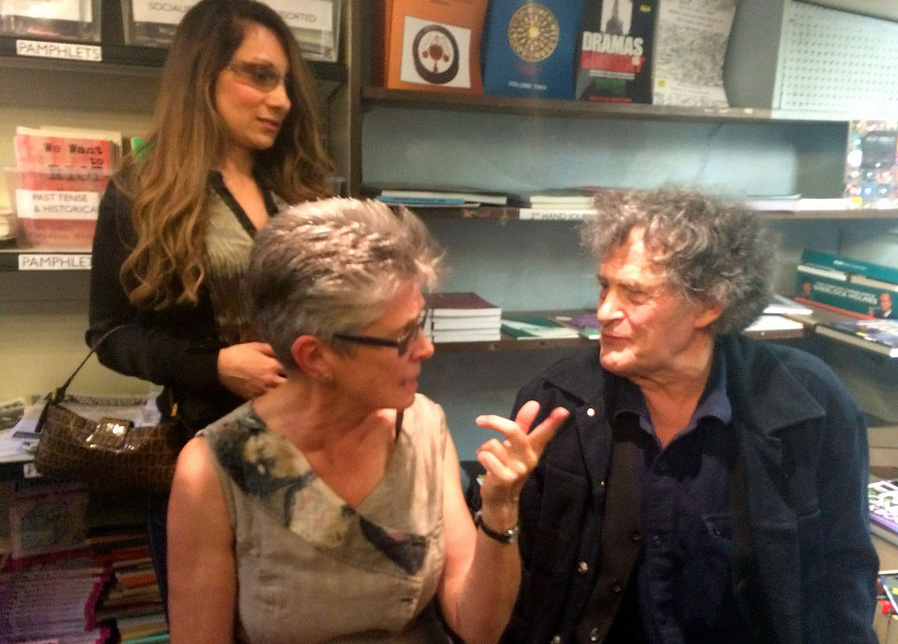 To cap an evening that launched Heathcote’s book and celebrated his 50 years of uniquely prolific work across many media, Housmans sold a record number of Brexit Boris.

You can buy Brexit Boris now in the PRR shop… 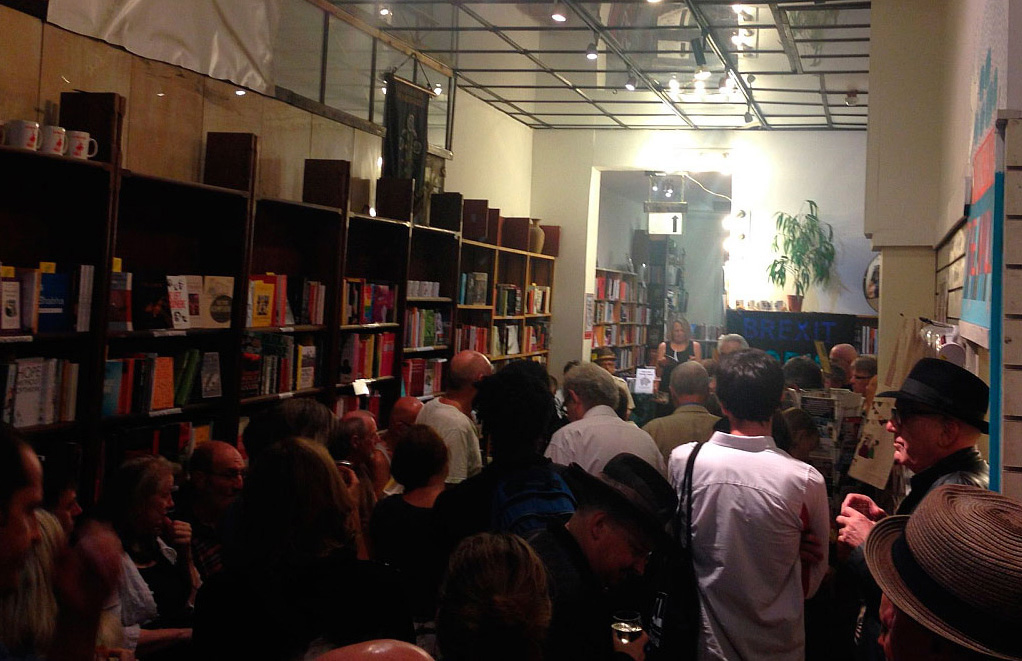 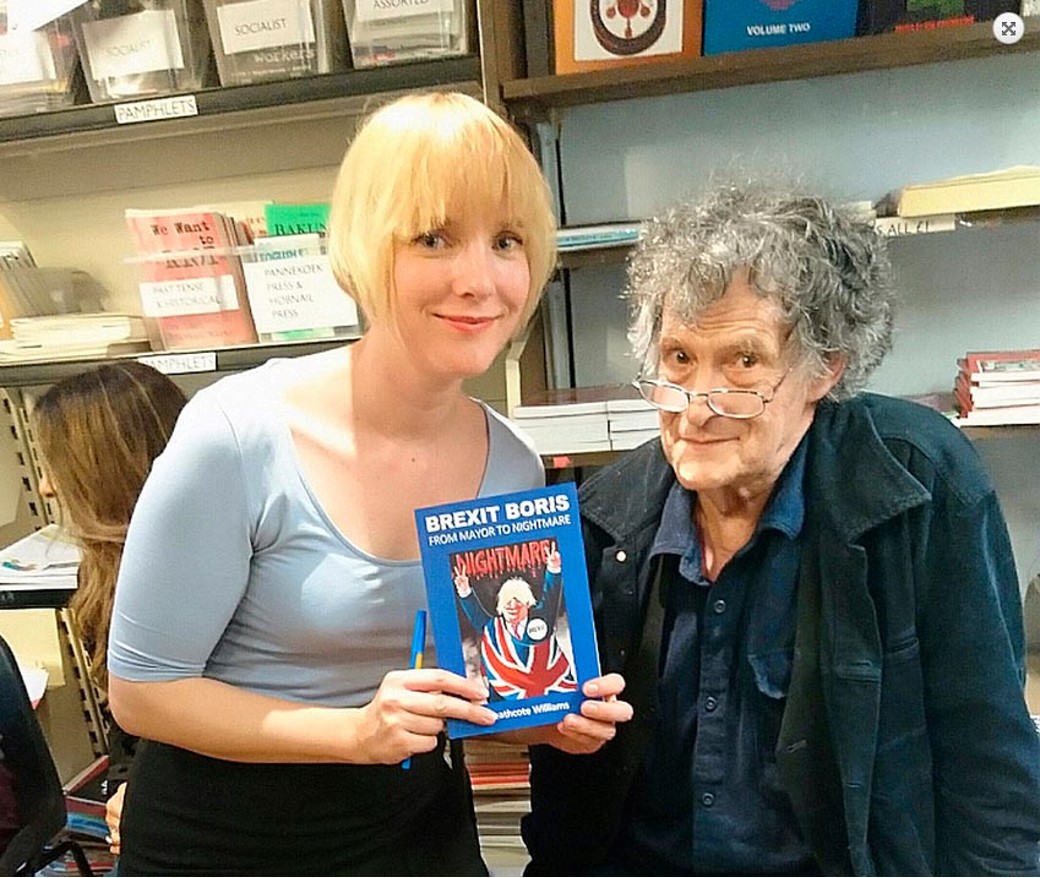